Caltex Socceroo captain Mile Jedinak says complacency is a dirty word as the national team focus on the next two World Cup qualifying matches, starting with Thursday night’s clash with Tajikistan in Adelaide.

Ange Postecoglou’s squad require just four points from their last two qualifiers on home soil to ensure their spot in the next stage of qualifying for Russia 2018.

Most expect the final group game against second-placed Jordan in Sydney on March 29 to be the decisive match to determine which nation tops the group.

But focusing on Jordan means the Socceroos will overlook the first hurdle which is Tajikistan, something Jedinak says simply can’t happen.

“The fact we haven’t had a game in such a long time with the national team means you can’t become complacent,” the skipper said on Tuesday at the launch of Australia's new kit.

"It’s how we channel it which is going to be most important. We have to manage the games in the right way, the one on Thursday first.

“We’re not allowed to be complacent. If you’ve been around this environment, that word doesn’t come into it because you are being pushed every game and every training session to be better.

“That word isn’t even in Ange’s vocabulary so I don’t even want to start talking or thinking about it.”

Thursday’s clash is the first time in five years the Socceroos have played in Adelaide, a 3-0 win over New Zealand at the old Adelaide Oval.

Jedinak featured in that game but says the redeveloped Stadium will make this game an even bigger experience for the side.

“Looking at [the stadium] yesterday and taking it all in, the surroundings, it’s very impressive and I’m looking forward to seeing what it’s like on Thursday when it will be such a great atmosphere,” he said. 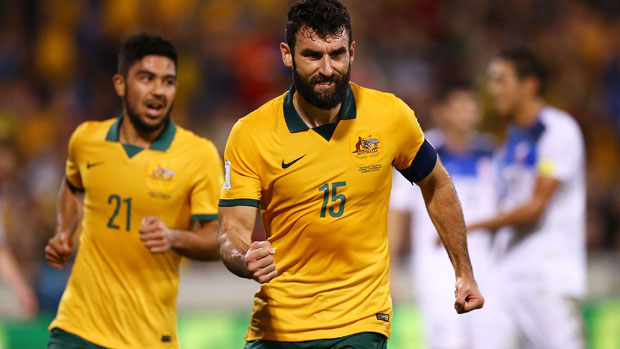 “I remember the last time we were here at the old Adelaide oval, the support was tremendous, I think it’s going to be something we’re all going to savour.”

Winger Robbie Kruse and keepers Mat Ryan and Mitch Langerak are the last three players still to arrive in camp, expected in later on Tuesday.

The rest of the squad will train together at the open session and fan day at Adelaide Oval this afternoon (Tuesday).