Heading into the Socceroos' first stage of FIFA World Cup Qatar 2022 qualifying, no one would have predicted Harry Souttar as Australia's top goalscorer.

But that is exactly what the Stoke City central defender achieved, scoring six goals in his first five international appearances.

The 22-year-old, who had only scored a handful of goals in his club career to date, proved to be unstoppable in the air as Australia’s Group B opponents struggled to contain him in almost every match.

And with the job now done, Souttar's attention is now turning to a dream call-up to represent his nation at the Tokyo 2020 Olympic games.

Watch every single one of Harry Souttar's Green and Gold goals in the player above.

"You can see from the smile on my face, I'm absolutely delighted," he said.

"Forget about the goal, it's all about the performance and the three points there. Before we came into this camp we had four wins, we were desperate to win another four, to win all eight and that's what we've done.

"I think you can see tonight how much it meant for all the boys out there. We threw our bodies on the line and we played some really good stuff as well. I’m just so happy that we got over the line.”

Australia now advances to the next stage with 28 goals scored and just two conceded - an incredible achievement considering the 18th-month hiatus from international football that separated the first and second half of their campaign.

And the achievement was not discounted by Souttar, who explained that the side had accomplished something well worth reflecting on.

“We came into this camp in Kuwait with a goal to win all eight games, and we have got over the line,”  he said.

I think you can see from the celebrations after the match that the boys are just so delighted.”

READ: FIFA World Cup Qualifying - What's next for the Socceroos?
GALLERY: All 29 players who featured as Australia navigated Group B in perfect fashion 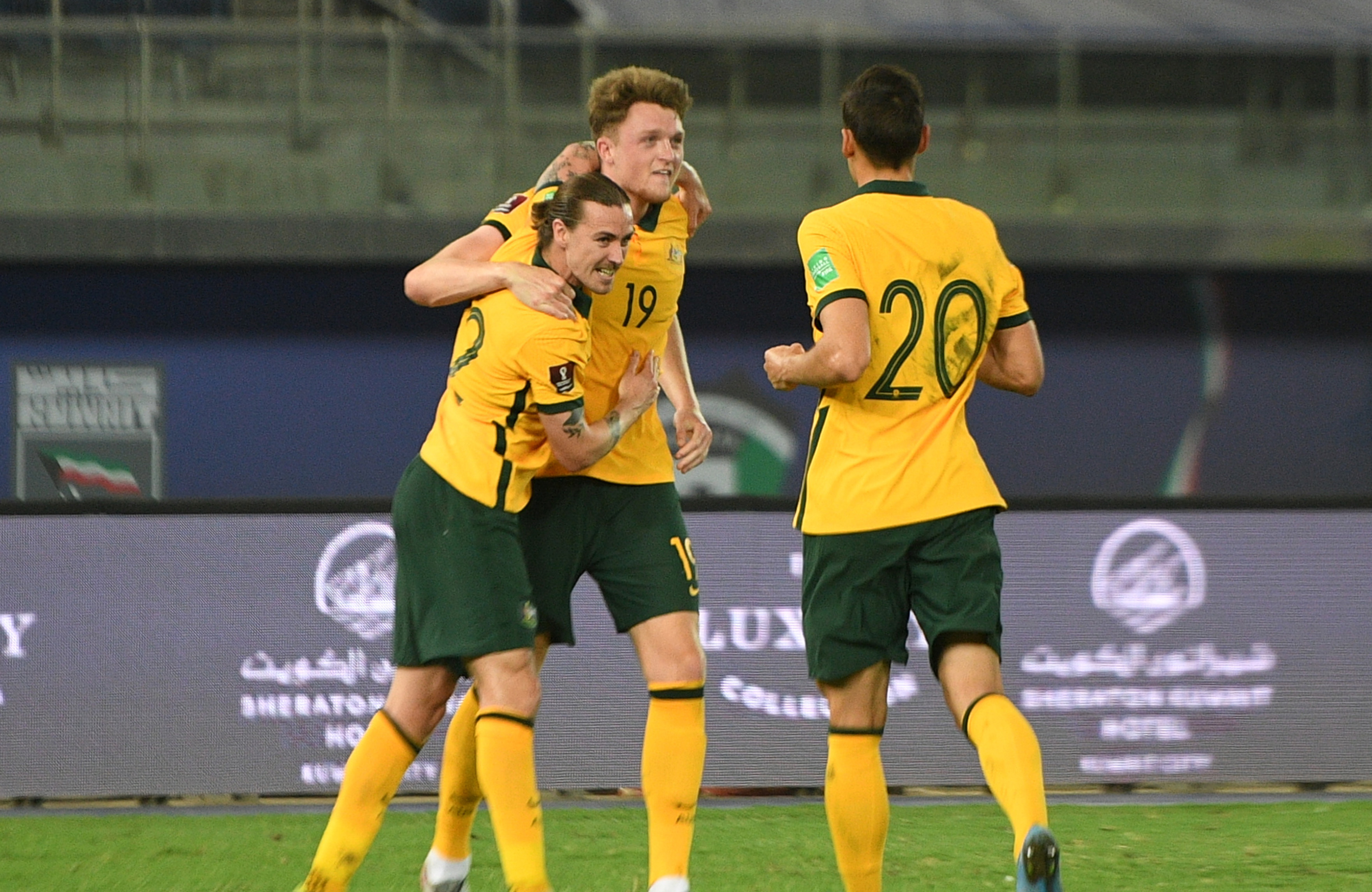 The 22-year-old has emerged as one of Graham Arnold’s most dependable players, appearing five times from a possible seven matches since his debut against Nepal back in Australia’s second Group B match in October 2019.

While the Socceroos return to action when the third phase of Asian World Cup Qualifying begins in September, Souttar has his eyes firmly fixed on making Australia’s Olympics squad in the meantime.

“I’ll go home for a couple of days and relax but it’s now about the Olympics,” Souttar explained.

“I know the squad is not announced yet but hopefully I am selected and we go there to give it our all and make Australia proud.”