At just 19, Daniel Arzani is the youngest player at the 2018 FIFA World Cup™.

Having already enjoyed a breakout Hyundai A-League season, earned individual honours with the NAB Young Footballer of the Year award and earning a spot in Russia, the youngest member of the Socceroos set up has been enjoying the ride.

For so many his age, you’d expect Arzani to be overawed by making his competitive international debut on football’s biggest stages up against one of the favourites for the 2018 FIFA World Cup™.

Instead, he’s just taking it in his stride.

“It hits you sometimes when you realise the extraordinary has become the ordinary. Just walking out onto the park and Griezmann and Pogba are over there, it’s kind of loses its glamour a bit because you just get use to it.

"Sometimes you forget [Tim Cahill] is a Premier League legend and a lot of the players in the team are club legends."

The Melbourne City attacker scored on his Socceroos debut against Hungary and then followed that up with a late cameo off the bench in the 2-1 loss to France as Australia chased the game.

However it wasn’t walking out onto the Kazan Arena where it all hit home for the Iran-born winger.

“Warming up on the sideline I was really excited but also nervous at the same time,” he said.

“I was just really happy to get out there.

“The biggest moment for me was actually the beginning of the game seeing all these Aussie fans in yellow shirts everywhere signing the national anthem.

“Your heart is pumping through your chest and you realised the gravity of the situation – you’re here representing the whole nation on the biggest stage. It is emotional but I’m also very proud to be a part of it.”

The Denmark game on Thursday – 10pm AEST on SBS and Optus Sport – now looms as an almost ‘must win’ for Australia, if they want to control their own destiny and make it through to the Round of 16.

In Arzani, a fast dribbling, direct attacker with an eye for goal and creating chances for teammates, the Socceroos have an x-factor weapon who can cause Denmark problems.

The teenager’s self-assured approach on the pitch is mirrored by his confidence off the pitch, which means Arzani doesn’t feel the need to get bogged down by the hype surrounding his involvement and doesn’t listen to criticisms of his perceived ‘cockiness’. 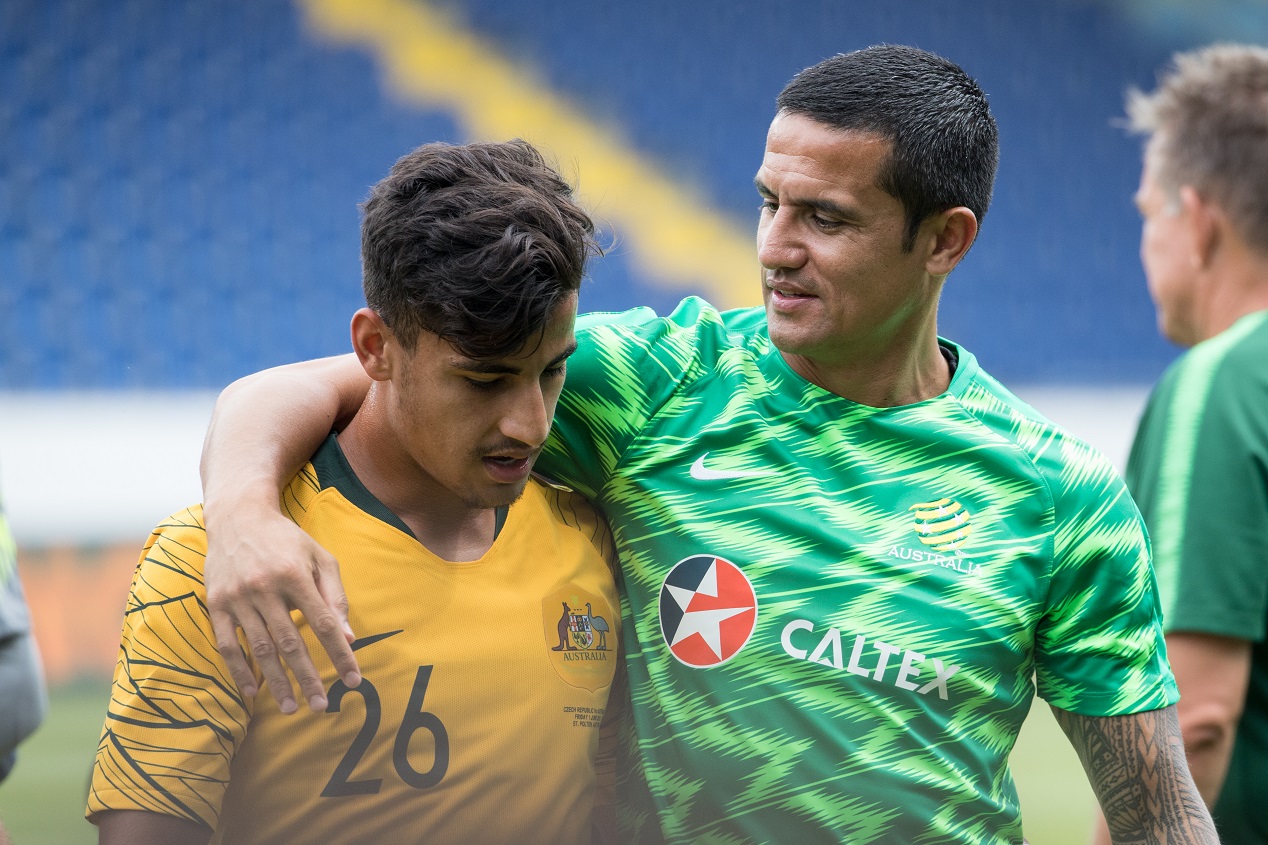 “That helps me because the most pressure I’m getting is what I’m putting on myself.

Arzani added: “I think I’m confident in what I do. That’s what I’ve been my whole life. I just want to be me and do the best I can. Some people take that as being cocky but for me, I’m just happy to be me.

“When you come in as a young player and maybe some of the older boys have heard some things about you, they try to show you who’s boss.

“But the older boys have helped me out a lot and given me the tough love when I need it but also put their arm around me when I need it … They’ve been helping me with being a better person and a better professional.”