With the countdown on to the 2018 FIFA World Cup, EA Sports have released special FIFA 18 player cards, which include 21 Caltex Socceroos.

The cards for goalkeeper Mat Ryan and midfielders Aaron Mooy and Tom Rogic were released last week as part of the top 30 players from the AFC region.

Both Ryan and Mooy were handed a rating of 76 to have them at ninth and 10th respectively on the list from the Asian Football Confederation.

Rogic came in with a rating of 74 to be the 26th best player from the AFC, with an impressive 77 for his dribbling ability.

Now we know the ratings for the 21 Caltex Socceroos players would could feature for Bert van Marwijk’s men in Russia.

Bundesliga-based winger Mathew Leckie is the next best of the Caltex Socceroos, given a rating of 73 to sit just above skipper Mile Jedinak, midfielder Massimo Luongo and defender Trent Sainsbury (all 72).

Star striker Tim Cahill – about to go to his fourth FIFA World Cup – has been handed a rating of 70 along with playmaker James Troisi.

Western Sydney Wanderers right-back Josh Risdon and FC Luzern striker Tomi Juric are the last two Caltex Socceroos to have cards released, both with a rating of 69. 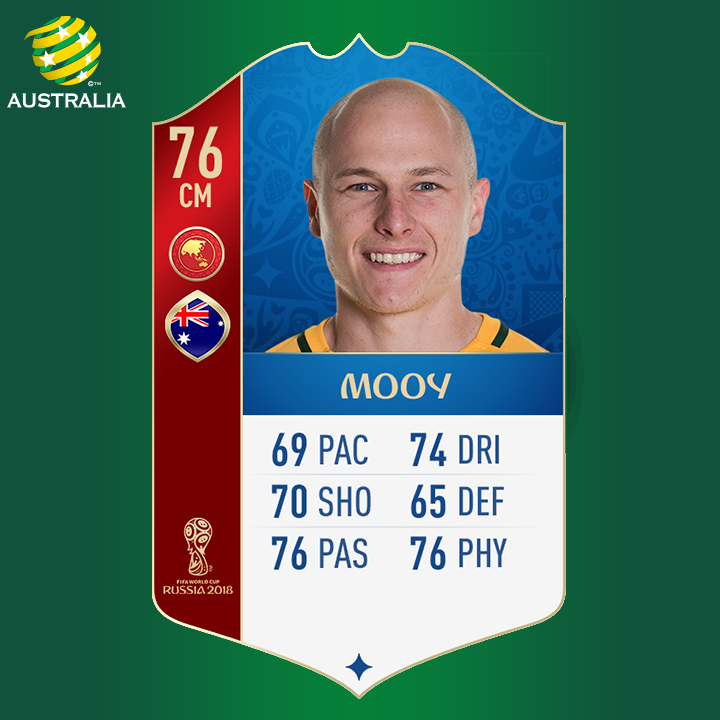 SEE THE CARDS FOR 11 CALTEX SOCCEROOS BELOW 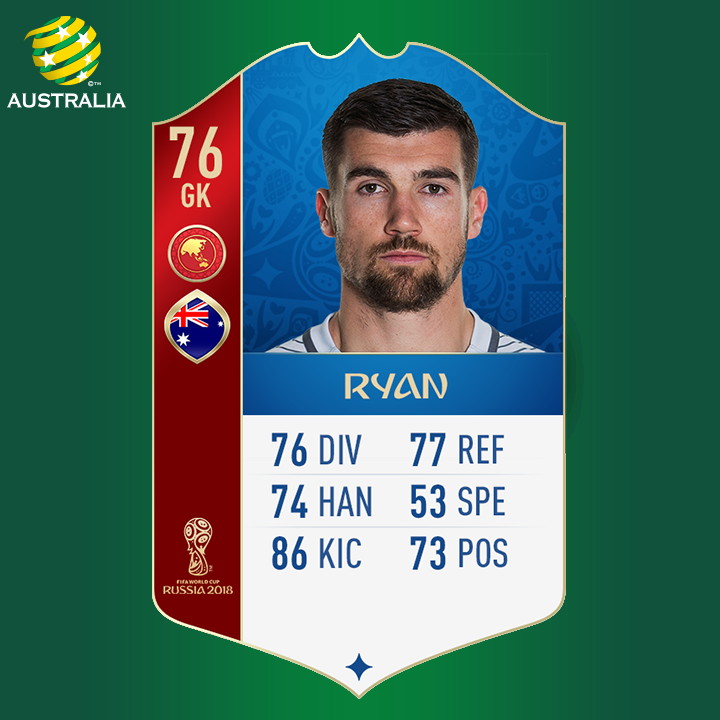 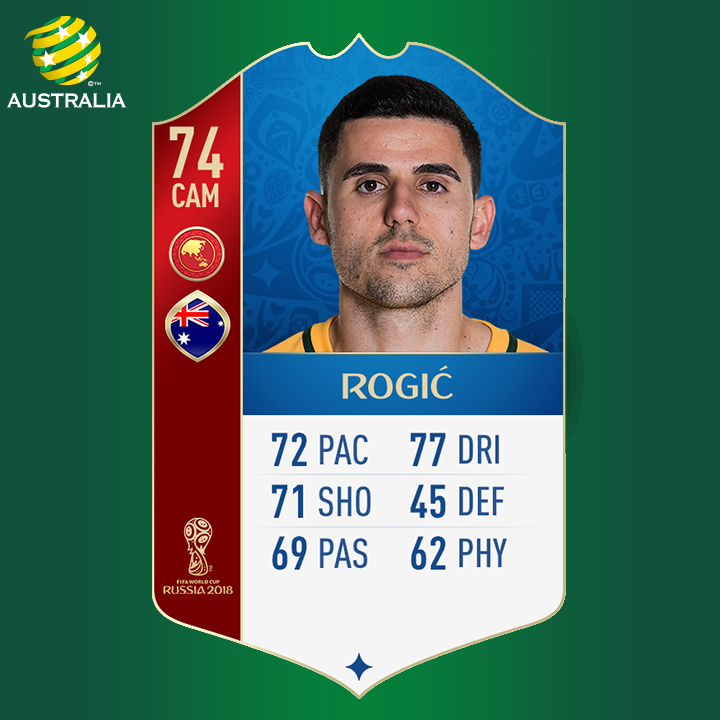 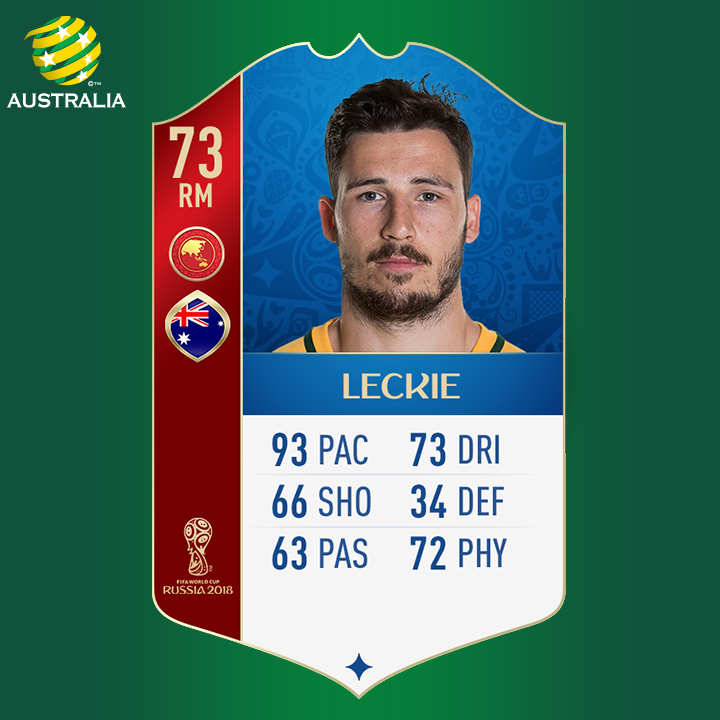 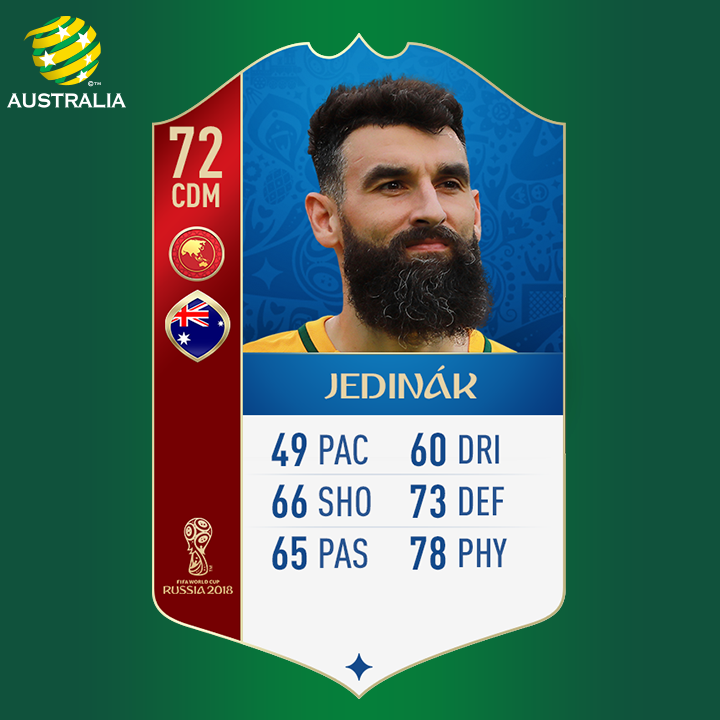 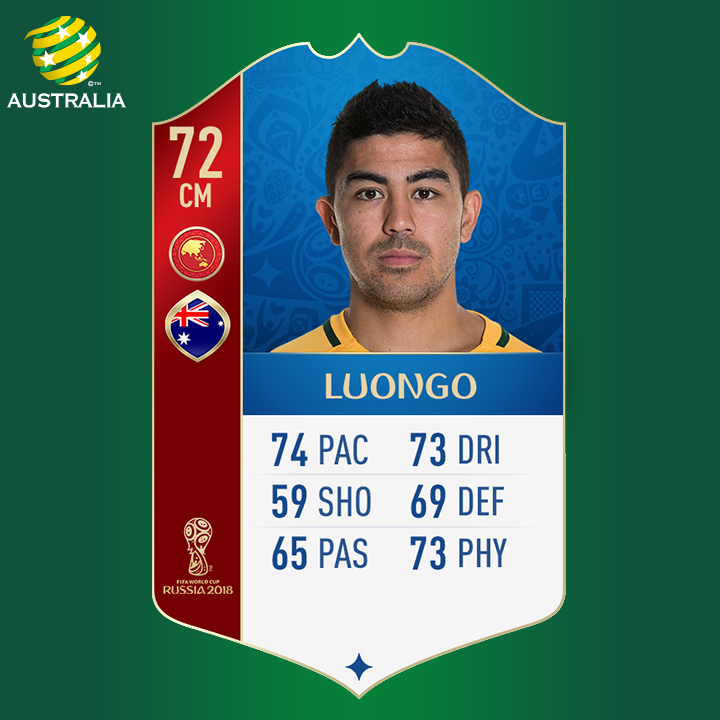 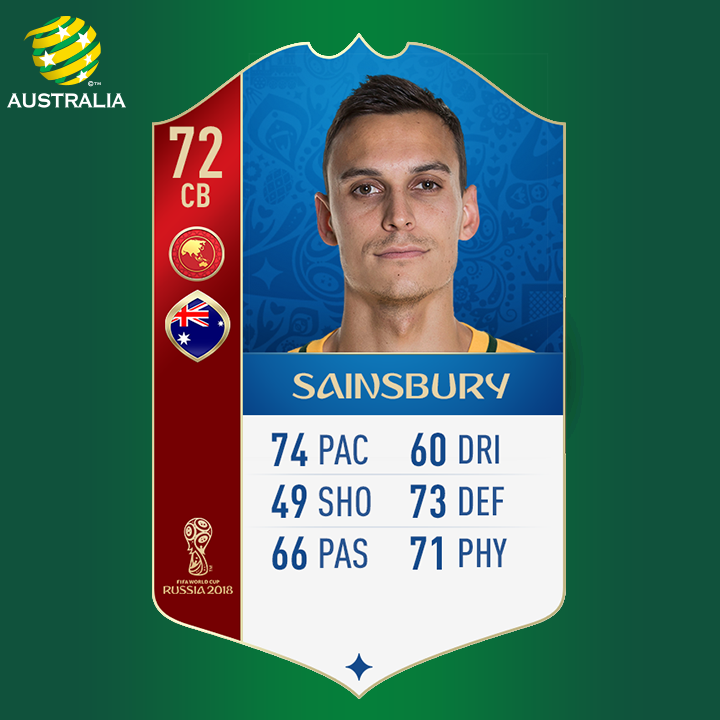 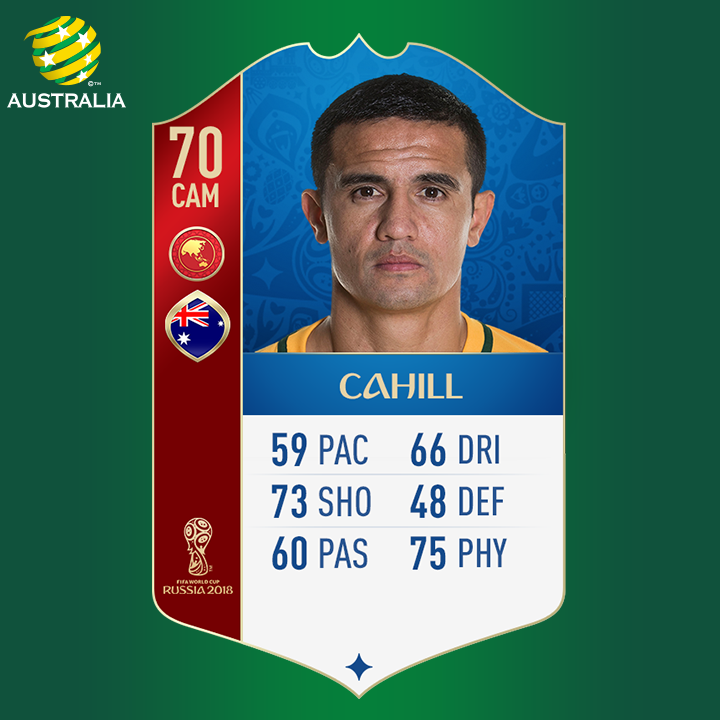 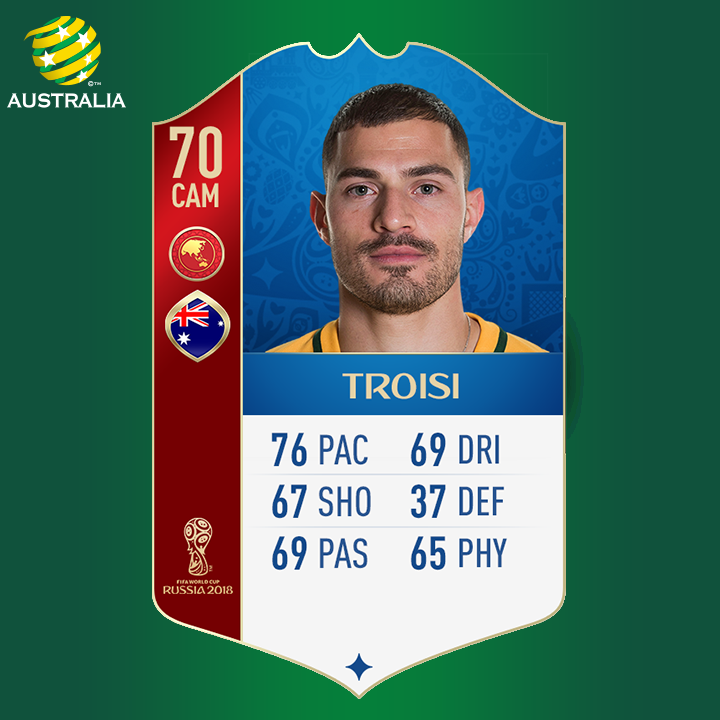 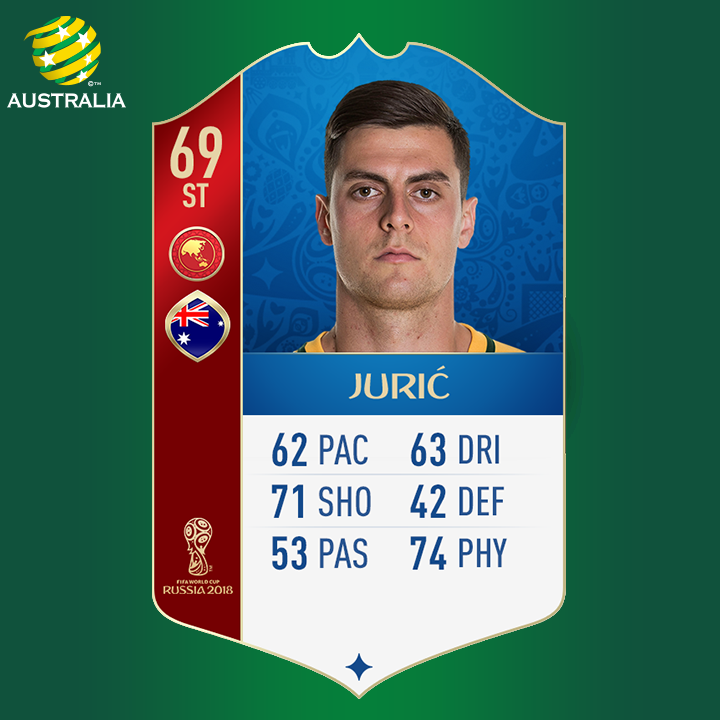 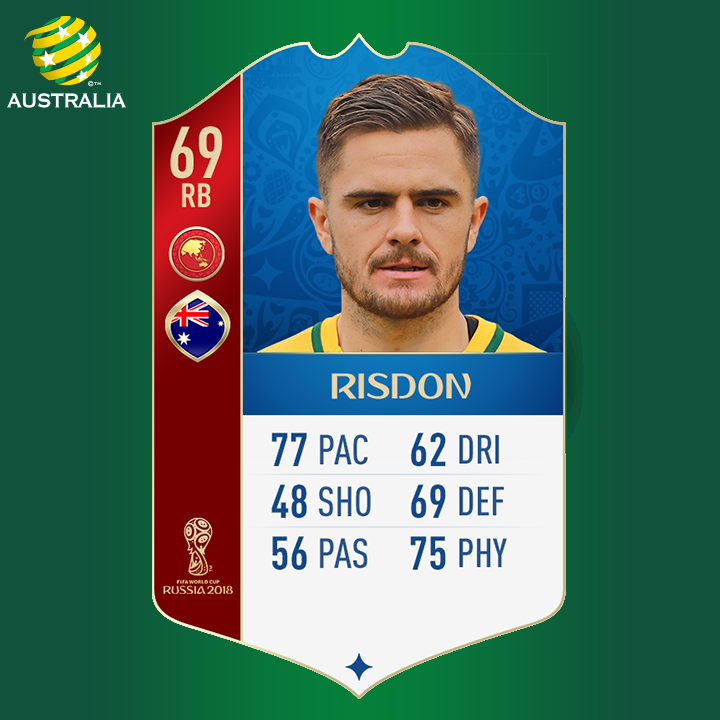