Goalkeeper Mat Ryan, midfielder Aaron Mooy and playmaker Tom Rogic have all been included amongst the top 30 players from the Asian Football Confederation.

DAY ONE WRAP: World first used by Caltex Socceroos to be ready for Russia

READ: Why one Caltex Socceroos star will arrive late in Turkey

After a superb Premier League season with Brighton, Ryan is the highest-ranked Caltex Socceroo at ninth on the list with a rating of 76.

What catches the eye is the gloveman’s high score for kicking, which is an impressive 86. Ryan was also given a 74 for handling. 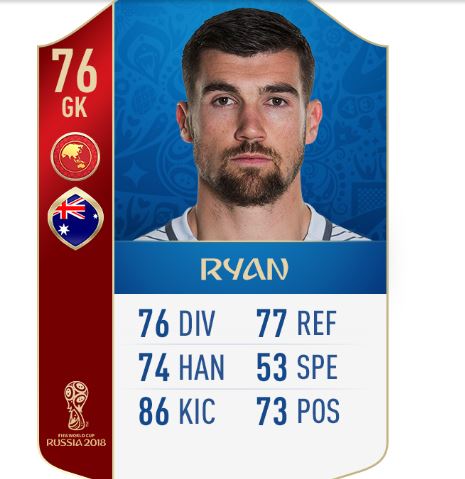 Mooy was just behind his Aussie teammate in 10th, also with a rating of 76.

The Huddersfield Town star is pretty consistent amongst all attributes, with passing (76) and physicality (76) his two best. 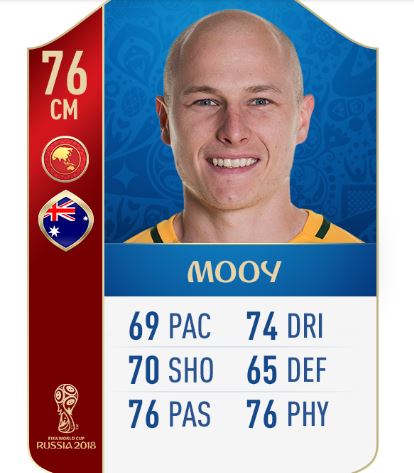 Tom Rogic’s FIFA rating continues to improve, with the Celtic star earning a rating of 74 to be number 26 on the list of top 30 AFC players.

It should probably come as no surprise but Rogic’s best trait is his dribbling ability, which scored a 77, with his pass accuracy the next best with a rating of 72.

Where Rogic is let down is his defending score, which is just 45. 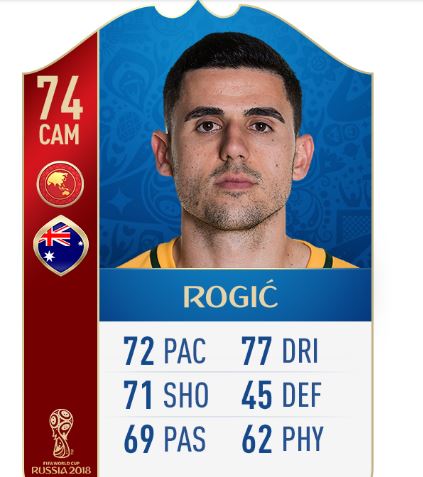 Tottenham and Korea Republic star Son Heung-Min comes in at number 1 for the AFC players, with an overall rating of 83.

The rest of the top five is:

You can check out the full list of the highest-rated AFC players here in the new update and add them to your World Cup FUT squad.