Josep Gombau has today named a 26-man Australian U23 squad for a three-day training camp, which will be held on the Central Coast, NSW from 30 January to 1 February.

The camp is the first part of preparation for the 2018 AFC U23 Asian Cup, which will stage its qualifiers in July 2017.

The squad is made up of players eligible for the 2018 AFC U23 Asian Cup and all 26 players are from Hyundai A-League clubs.

A second camp will be held in March in Europe and only involve overseas-based players unless agreed with any individual club for locally based players.

This camp and qualification for the 2018 AFC U23 Asian Cup is viewed as an important part of the development of the next generation of Socceroos by the National Team coaching staff, led by Coach Ange Postecoglou.

Hyundai A-League clubs were informed of the details of the camp last week and players were selected following the conclusion of the Round 16 Hyundai A-League matches over the weekend.

Players will arrive in Gosford in time to start training on Monday morning (30 January) and released from camp following training on Wednesday, meaning minimal disruption to the Hyundai A-League.

“This is the first step for us to qualify for the U23 Asian Cup in 2018,” Gombau said. “I’m excited to be working with these young players who are only one step away from playing with the Socceroos.

“Many of them are playing good football in the Hyundai A-League and we will be able to see them working together to start building the understanding required to succeed in the Asian Cup qualifiers and also observe how they train in the systems we want to play.

“Qualifying for Asian Cups and World Cups is an important part of the development of young players and for football in Australia and this camp is our first preparation opportunity leading into the July qualifiers.”

The Australian U23 team will take part in the AFC Asian Cup Qualifiers in July 2017 as they strive to qualify for the2018 AFC U23 Asian Cup, which takes place in China in January 2018. 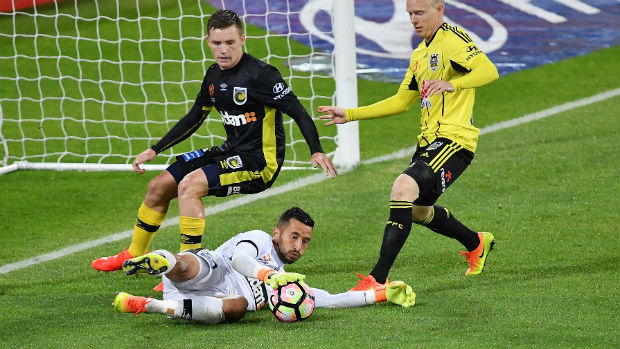 Australian U23 squad for the three-day camp