Fan diary: The Socceroos made me a proud Aussie

Today the Socceroos made me feel proud to be Australian. We showed France and the whole world what we capable of.

That was after everyone had written us off completely. Pundits, ex-players and fans.

How could we contain an attacking force with the likes of Griezmann, Dembele, Mbappe and Pogba?

Well, we came within minutes of showing exactly what it takes to beat one of the world’s best teams.

With the game goalless after a half that saw the momentum swing from one team to the other, two penalties and one goal-like call decided the match.

For the Australians, it was a hard pill to swallow. We came so close to an incredible upset against one of the world’s best teams.

A few inches here or there and it could’ve been a very different story and changed our path to the Round of 16.

Like most Australians I would think, I approached the stadium with a little bit of apprehension. We were about to face one of the pre-tournament favourites.

The sky was a sparkling blue, the air was fresh, the stadium was awe-inspiring, the largest screen in Europe (on the exterior of the stadium) showing France v Australia.

After getting through the tight security I climbed the steps and arrived in my seat and was happy at being surrounded by green and gold spectators.

As the teams entered the stadium the sense of anxiety rose. The Australians sang the anthem with gusto. Then the game began. We soaked up early pressure from France, and Mat Ryan made a few early regulation saves.

The longer the first half went, the more confident our team seemed to gain in confidence. Bert van Marwijk’s decision to start Jedinak in place of Mass Luongo seemed to be the right one. “Jedi” made some telling interceptions and his strength and presence made room for Aaron Mooy who had one of his finest games in a gold shirt.

0-0 at half-time was a good score line for us. The green and gold spectators were happy and in good spirits, we felt we were matching it with one of the world’s best teams.

The second half was something of a roller coaster. The penalty decision given to France was questionable...but the body language of the Socceroos showed that they believed we could get back on even terms. Our fast response lifted the spirits of the Aussie spectators around me. When Jedi scored mayhem ensued, the Aussie crowd went crazy.

As the game approached the last 15 minutes we were thinking we wanted to finish with not less than a draw.

France’s goal had an element of luck. It was disappointing to lose the game... We felt we deserved a draw.

READ: 'The two signs that will give Aussie fans hope'

READ: 'One of the great individual Socceroos performances of all time'

A truly competitive performance today from a well prepared and organised Socceroos team.

At the end of the game the players came over to applaud the crowd to thank them for their support.

During the long walk to the Fan Fest much of the discussion amongst the Aussie fans was about France’s VAR penalty, and what might have been.

A very good performance from Australia, and it could have been one of the greatest ever results for Australia if luck had gone our way.

We now look ahead to Denmark in Samara knowing that the Socceroos are very much alive, and that a good result there will give us a chance to qualify for the round of 16. 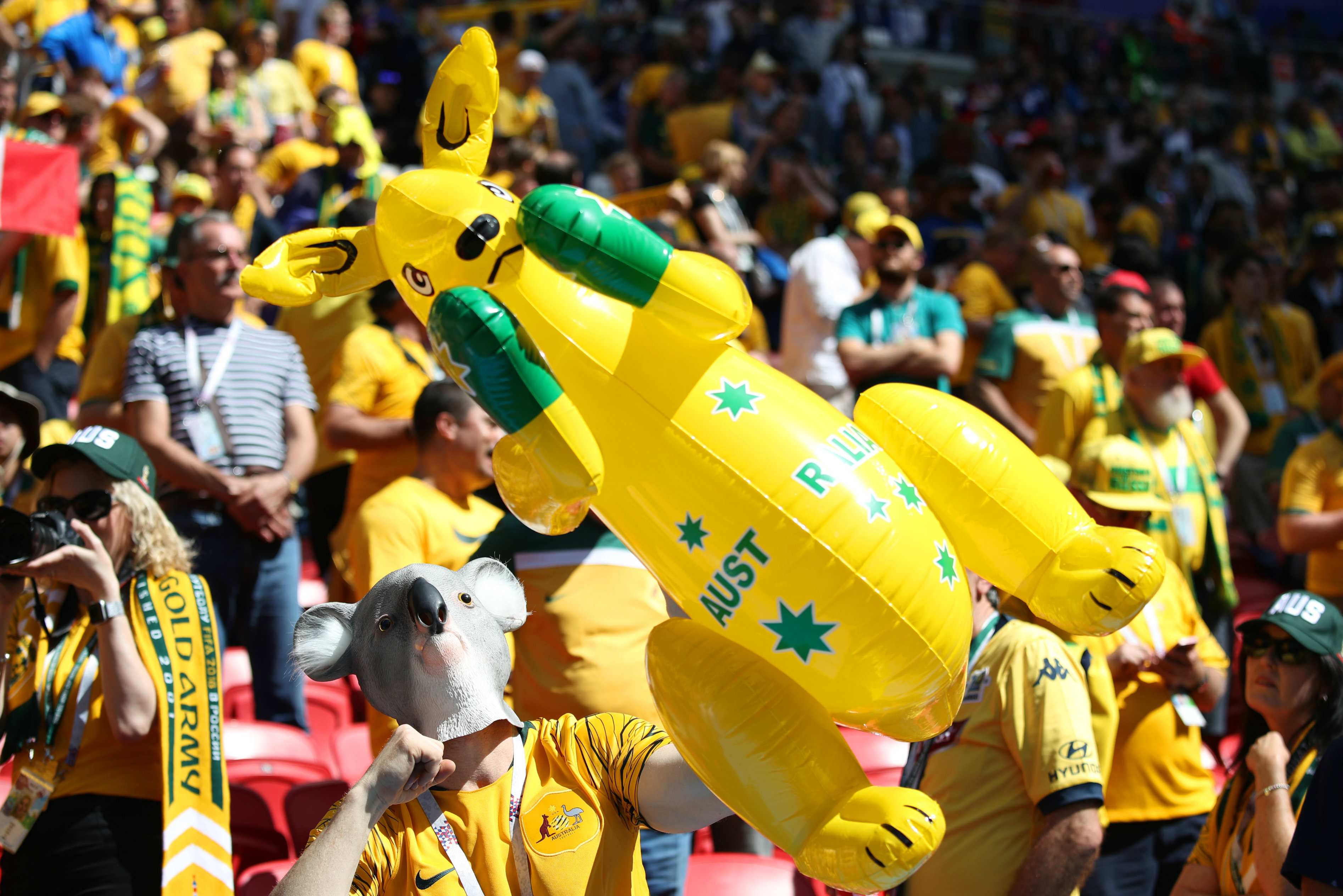