‘One of the great individual Socceroos performances of all time’

Four years after a tragic injury robbed him of a place in Australia’s 2014 FIFA World Cup™ campaign in Brazil, Trent Sainsbury mustered a performance of redemption in the Socceroos' gutsy 2-1 defeat to France.

Stationed alongside the equally impressive Mark Milligan in the heart of defence, the 26-year-old was supreme at the back for Bert van Marwijk’s men and exemplified a well-organised and disciplined defensive offering from the Socceroos overall. 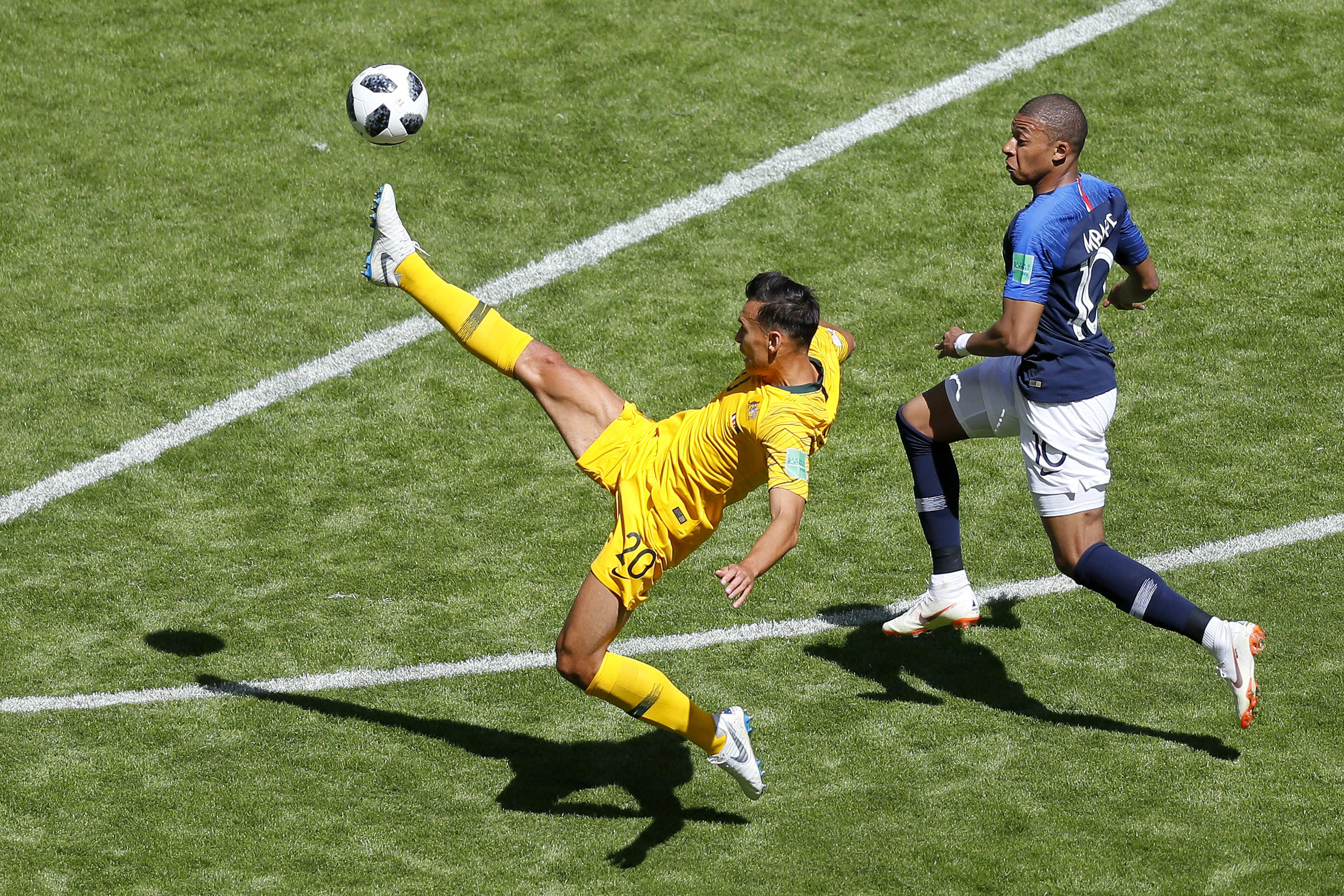 When the former Central Coast Mariner stormed across the pitch to shoulder a rampaging Ousmane Dembele off the ball in the 20th minute, Sainsbury immediately set the tone for a commanding display.

It was this type of canny defensive nous that typified the Australia's performance against the 1998 Champions, who effectively neutralised Didier Deschamps' side for large spells of the encounter following the lead of their vice-captain.

Deschamps opted to field a dynamic France frontline comprised of Dembele, Kylian Mbappe and Antoine Griezmann: an elite three-pronged attack that would send a shiver down many a defensive spine.

But the Les Bleus' forwards were marshalled expertly by Sainsbury, who consistently arrived in the nick of time to snuff out half chances and scupper intermittent moments of promise for Deschamps' outfit. 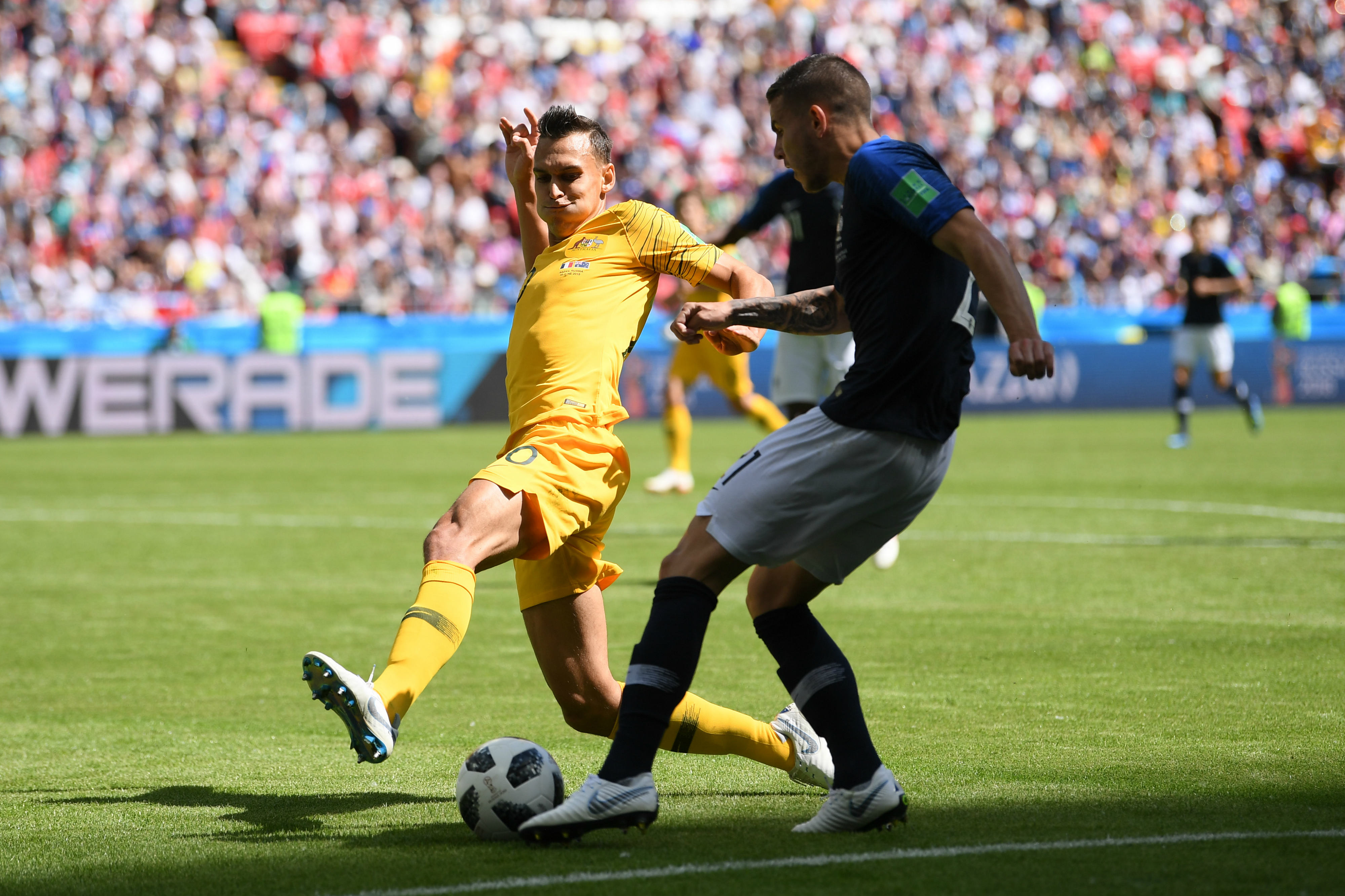 Exhibit A was the centre-half's intervention on Griezmann midway through the first half. After coming within inches of opening the scoring at the other end, Sainsbury showed his superb recovery pace to steal the ball from the Atletico man's toes after France's principle goal threat found himself baring down on Mat Ryan having taken a Corentin Tolisso pass into his stride.

The defender continued his duel with Griezmann 20 minutes later - this time besting the striker with a majestic acrobatic clearance as the France striker prepared to steady himself. These three defensive actions in the opening half surmised the extent of Sainsbury's excellence: a marriage of classic backs to the wall grit sprinkled with moments of true elegance.

More broadly, Sainsbury's rearguard steadiness provided van Marwijk's men with a base in which to mount their counter-attacking approach, which led to several occasions of joy for the Dutchman. And despite ultimately conceding defeat in their Group C opener, Sainsbury's immense performance at the back will be among a catalogue of positives for the Dutchman ahead of Wednesday evening's all-important clash against Denmark.