Mark Milligan had a better outing, though, as Hibernian booked their spot in the quarter-finals of the Scottish Cup.

And Massimo Luongo was involved in a seven-goal thriller that almost included a remarkable comeback.

Read on for a full overnight wrap of your Aussies Abroad!

Huddersfield Town lost their fourth Premier League game in a row as Arsenal travelled to Yorkshire and won 2-1.

Alex Iwobi’s deflected effort nudged them ahead in the 16th minute and Alexandre Lacazette doubled Arsenal’s advantage on the stroke of half time.

Huddersfield, to their credit, played some decent football and missed some good chances in the second half.

And although they finally broke their goal drought, which stretched 597 minutes in all competitions, it came too late.

Mooy provided a key pass in the build-up to a rather calamitous own goal but it mattered little, coming in the 93rd minute as Town remained 13 points adrift of safety. 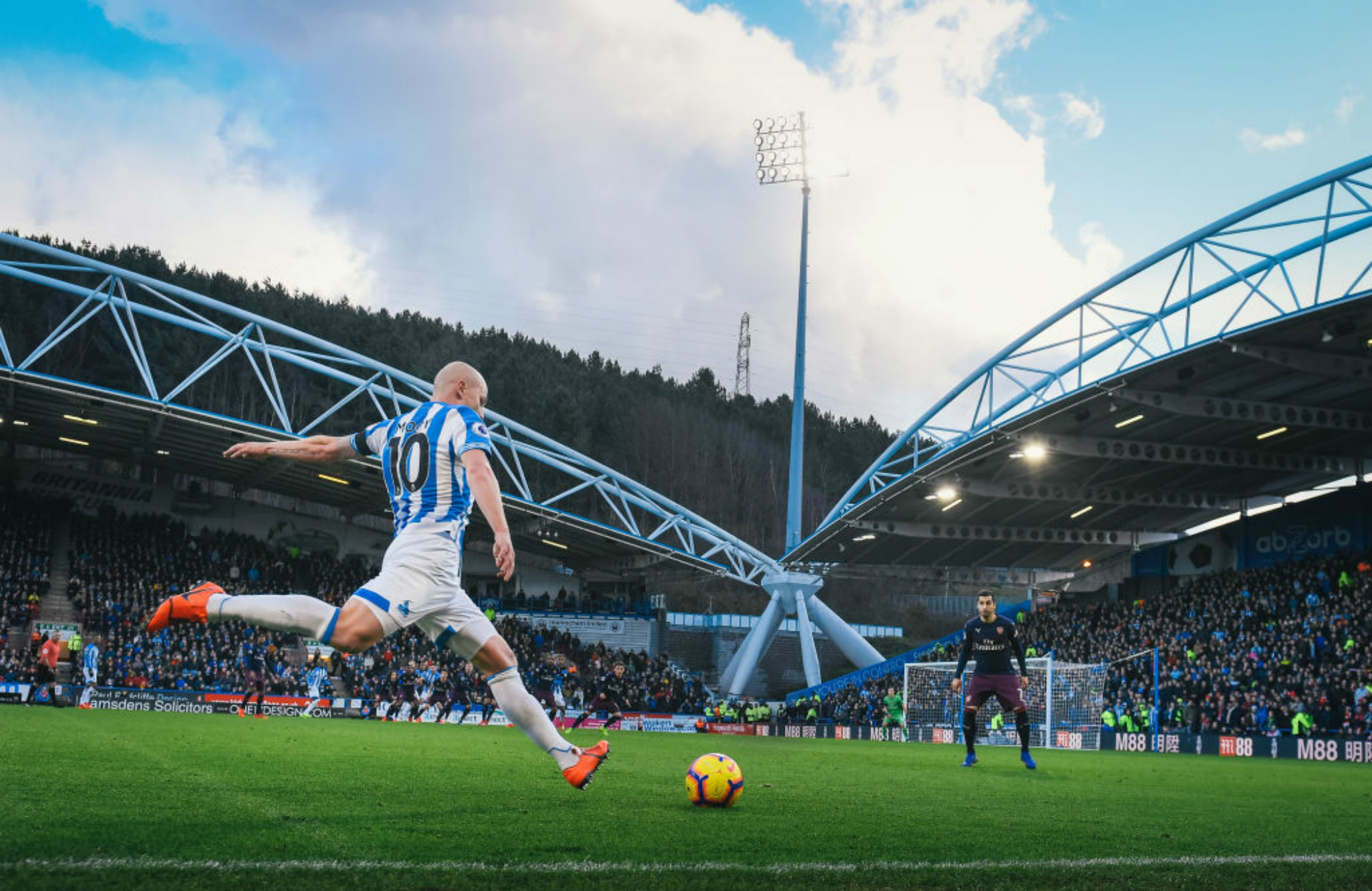 Brighton and Hove Albion’s winless Premier League run was extended to six matches as they slumped to a 3-1 home defeat against Burnley.

Caltex Socceroos shot-stopper Ryan was relieved to see Burnley denied by the woodwork on two occasions in the 17th minute before a defensive error allowed New Zealand star Chris Wood through on goal.

The Kiwi made no mistake, shooting past Ryan in the 26th minute, and he doubled his account just after the hour-mark.

Ryan then brought down Ashley Barnes in the penalty area and the Burnley forward dusted himself off before netting from 12 yards.

Shane Duffy pulled a goal back for Brighton but it was no more than a consolation for the 14th-placed Seagulls.

Still without a permanent head coach, Hibernian beat third-tier Raith Rovers 3-1 in the fifth round of the Scottish Cup at Easter Road.

Massimo Luongo’s Queens Park Rangers were close to pulling off an incredible comeback.

QPR trailed Birmingham City 4-0 in a Championship clash at Loftus Road but got within one goal and were awarded a 92nd-minute penalty.

Nakhi Wells failed to convert from 12 yards, though, in what was a pulsating match.

QPR, badly out of form, looked set for a trouncing after Che Adams scored a hat-trick within 42 minutes, but found their shooting boots to set up a grandstand finish.

QPR have now lost four league matches in a row and have dropped to 15th in the Championship.

Jackson Irvine’s Hull City lost, too, the midfielder missing a great second-half chance in a 2-0 defeat at Derby County.

Mathew Leckie missed out due to injury but his Hertha Berlin side won 3-0 at then second-placed Borussia Monchengladbach.

In Germany’s second tier, Robbie Kruse had three good chances but failed to score as VfL Bochum lost 2-1 at home to Paderborn.

And in the Netherlands, Alex Gersbach was unable to stop rock-bottom NAC Breda from losing 3-0 at home to AZ.

And Matt Jurman’s Al Ittihad continued their recent resurgence, extending their unbeaten run to four with a goalless draw against Al Taawon.

The Socceroos all-time top goal scorer Tim Cahill has opened up to former Liverpool defender Jamie Carragher about his iconic World Cup goal against the Netherlands and why it meant so much to him Speaking to Carragher on his podcast The Greatest Game, Cahill described the mom

‘We were like brothers’: Kewell recalls Golden Generation camaraderie​​​​​​​

Former Socceroo Harry Kewell has opened up on the camaraderie that existed within Golden Generation and how it helped Australia to reach the second round of the 2006 FIFA World Cup. Speaking to Simon Hill, Craig Moore and Zeljko Kalac on their podcast Shim, Spider & So Much Mo

Maty Ryan's Brighton have a showdown with south coast rivals Southampton while Danny Vukovic's Genk will be looking to go 10 matches unbeaten in the Belgian Pro League. Ryan and his Brighton & Hove Albion have a south coast derby to look forward to as they host Southampton at

Socceroos midfielder Brandon O'Neill has signed with Thai Premier League outfit Buriram United after recently departing Korean club Pohang Steelers. O'Neill will link up with Thai powerhouse outfit Buriram after just under a year spell with the Steelers where he made 13 appear