When Hyundai A-League clubs Melbourne Victory and Sydney FC take the field in the 2016 AFC Champions League, then one of them could meet a very familiar and famous figure. The sight of Tim Cahill punching corner flags in Australia against Australian opposition is almost unthinkable. Yet it could happen.

Cahill has been banging in the goals for Shanghai Shenhua of late but the Blues are not going for the title. That is a fight between Guangzhou Evergrande and Luiz Felipe Scolari and Shanghai SIPG and Sven Goran Eriksson.

Shanghai has a good chance however of winning the Chinese FA Cup.

Last night, (Wednesday), the big game in China may have been Guangzhou's AFC Champions League semi-final first leg between Guangzhou and Gamba Osaka and a thrilling game it was too.

Yet to the north and east, Demba Ba scored a hat-trick for Shanghai in a 3-2 win over Beijing Baxy.

Beijing may be a China League One (second tier) club but still has an outside chance of promotion. They pushed Shanghai all the way and still has a second leg back in the capital later in October.

Cahill started his time in the increasingly star-studded Chinese Super League relatively slowly. There was even talk of the former Everton man being replaced as the club's Asian star with South Korean international Nam Tae-hwi named as the successor.

Yet Cahill stayed and in the northern summer, started to score, started to show fans the qualities that made his such a favourite in England and then the United States.

After scoring one league goal in his first 13 appearances of the season, Cahill, named in the Socceroos squad to face Jordan on October 8, has managed eight in the last 12.

Shanghai's famous fans now chant his name and cheer his emergence from the tunnel at the Hongkou Stadium. Chinese corner flags are feeling a lot more nervous these days. 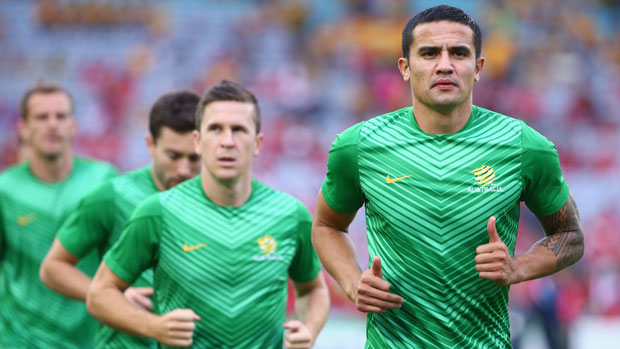 He really would be a hero if he can inspire Shanghai to the Chinese FA Cup. The club has not won the trophy since 1998 and since the league title in 2003, has seen other teams emerge to dominate.

Writing on social media before the game, Cahill talked of its importance. “Today we start our journey to try and do something special for our club in the 1st semi finals of the cup. We stay together, and fight for each other.

"Alone we are nothing but together we are everything. 17 years without silverware, Let's create our own history for this club starting tonight.”

Should Shanghai survive the second leg (and the club has little to play for in the league, apart from trying to finish as high as possible and that is fifth which would be major progress for a club that has finished mid-table in recent years), the final would be against either Shandong Luneng or Jiangsu Sainty.

Neither opponent would be easy but at the moment, with Cahill and Demba Ba on fire, neither are Shanghai.

A-League clubs should watch out.