The Socceroos headed to Kaiserslautern just a couple of months after their historic AFC Asian Cup triumph to take on Germany in a friendly which pitted the Asia’s best against the reigning world champions.

And an understrength Socceroos went within 10 minutes of pulling off a huge upset at the Fritz-Walter-Stadion, the scene of their epic win over Japan in the 2006 FIFA World Cup.

Ange Postecoglou was without the likes of Tim Cahill, Matthew Spiranovic, Massimo Luongo and Trent Sainsbury, with Luke DeVere handed a debut. 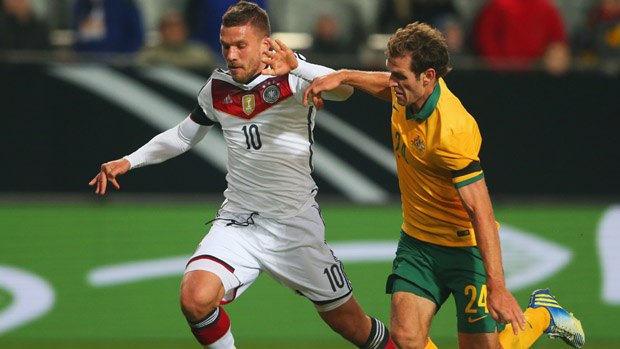 The Socceroos took the game right up to the Germans early on, with Mat Leckie’s pace causing the defence all sorts of problems, and he wasted a glorious one-on-one chance inside 10 minutes.

But just as it looked like the Aussies would make the most of their early dominance, the Germans hit the net against the run of play.

Real Madrid’s Khedira sliced through a gap in midfield before finding Reus who slid in front of Maty Ryan to open the scoring.

Instead of going into their shell after the setback, the Socceroos continued to press and got their rewards five minutes before the break. 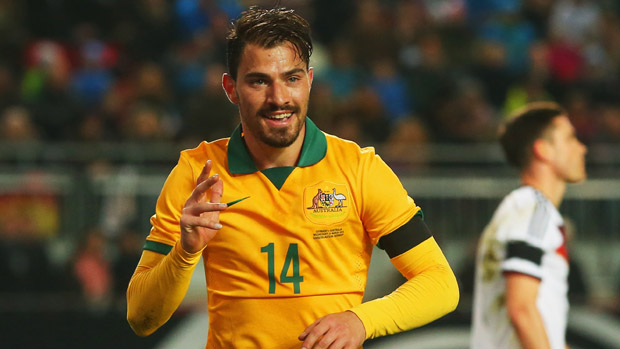 The dangerous Nathan Burns found some space on the left and his excellent cross was met with a brilliant header by James Troisi to level the scores.

It was end-to-end stuff into the second half with both sides having chances, but the Socceroos edged in front thanks to a moment of magic from their skipper.

After James Troisi was hauled down on the edge of the box, Mile Jedinak curled a powerful free-kick over the wall and just inside the near post, despite Ron Robert Zieler's best efforts.

Facing an embarrassing home defeat, Loew brought on the likes of Andre Schurrle and Lukas Podolski, with the latter saving Germany’s blushes nine minutes from the end.

With the Socceroos tiring, the Germans were starting to open up spaces in the attacking third and Podolski capitalised on some great lead-up play by Schurrle to stroke home an equaliser. 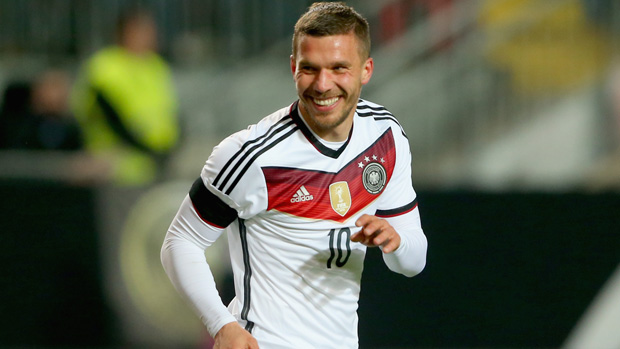 That’s where the scoring ended as the Caltex Socceroos held on for a hard-earned draw and their reputation on the world stage further enhanced under Postecoglou.