Celtic manager Ronny Deila says Tom Rogic's goal-scoring performance in a 2-0 win over Partick Thistle is an indication the club have made the right decision in persisting with the injury-plagued Socceroo.

Rogic, 22, made his first league appearance for the Bhoys since November 2013 on Sunday, netting the opener as the Scottish Premiership champions cruised to a routine win at Firhill.

The Australia international playmaker has been dogged by groin problems since joining Celtic from the Central Coast Mariners in January 2013.

Norwegian coach Deila though believes the attacking midfielder is equipped to make a major contribution to the team's title defence. 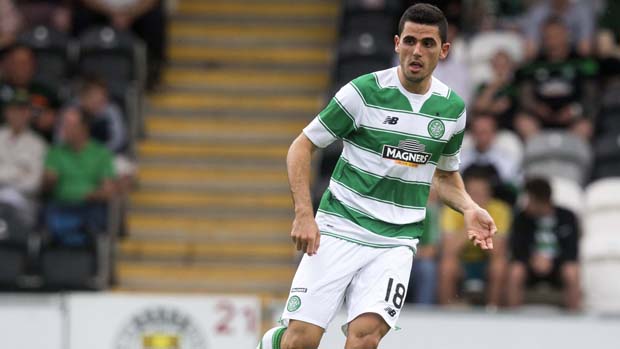 "You can see what kind of talent he is with his touch of the ball, awareness, scanning and understanding so there are a lot of things he can give to the team," he told the official Celtic website.

"I think we'll see much more of him.

"I told him I hadn't seen him so much and when I came here I didn't hear anything about him so I didn't know who he was because he was injured the whole time.

"He had one year out with injury almost and when we got him starting again I saw he had something special with his touch, understanding and that he is a very good football player."

According to Deila, Rogic, who endured an indifferent spell on loan at Melbourne Victory in 2013-14, was not in danger of being cast aside by Celtic before being given an opportunity to prove his worth.

"I told him he'd never leave this club before getting a real chance and now he shows that he deserves that chance and he's also a very good professional," the manager said.

"He wants to develop all the time and he's not satisfied to sit on the bench so he has a lot to give to us.

"Everybody gets a chance and they have every day to show themselves. I'm after improvement - people that want to get better, learn and have ambitions.

"I felt very sorry for Tom in the first six to eight months I was here because he was walking around injured and couldn't do anything but he has the mentality to succeed."

If Rogic continues to feature regularly for Celtic he could yet force his way back into the plans of Socceroos coach Ange Postecoglou ahead of Australia's World Cup qualifier against Bangladesh and Tajikistan next month.