Looking for something special to do on Fathers Day? What about the chance to meet and watch the Caltex Socceroos train at the team’s official Fan Day in Melbourne.

In a huge treat for fans ahead of the crucial FIFA World Cup qualifier on September 5, Ange Postecoglou will throw open the gates to supporters at Melbourne Rectangular Stadium.

And to make it extra special for the dads out there, the first 100 fathers to arrive through the Socceroos archway will receive a special gift.

How good is that! 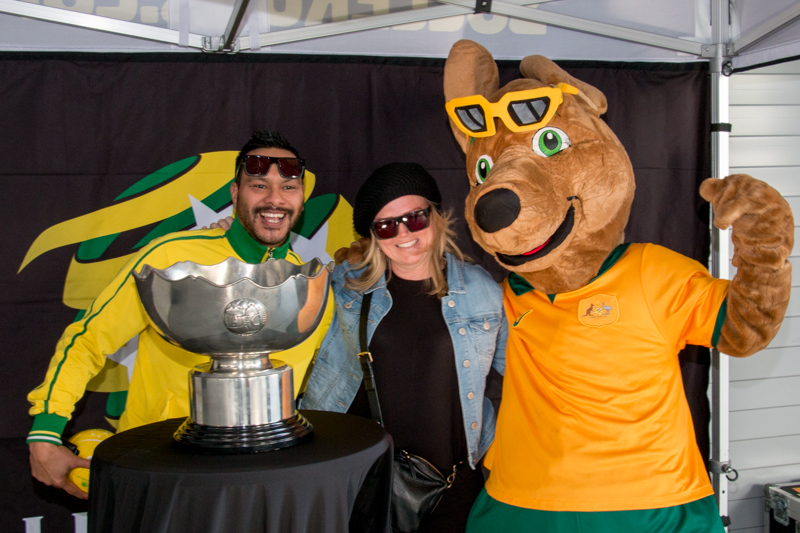 As well as being able to watch the Caltex Socceroos train, there’ll be a chance to meet the players afterwards for an autograph.

And there’s also a wide range of activities for the whole family to get involved in.

Just some of the fun activities include:

►Testing your accuracy in the ALDI Miniroos shooting target;

►Show off your skills in Soccer Darts;

►Get your face painted in green and gold;

►Take a photo with the AFC Asian Cup Trophy; and

►Complete the activity passport and collect your FREE Caltex Socceroos showbag which includes a bag, flag, pen and stress ball. 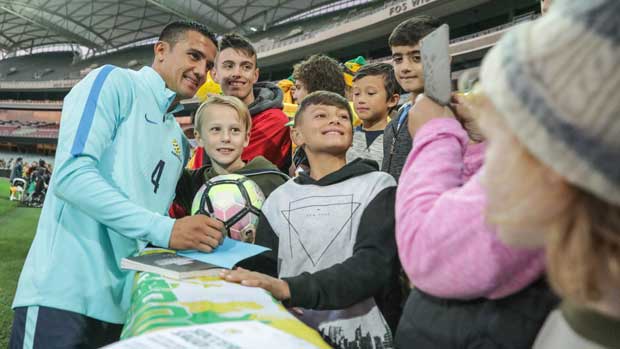 There is also the chance to win a signed Caltex Socceroos jersey, while some lucky fans could win one of four double passes to the big game.

So be sure to get down to Melbourne Rectangular Stadium and show your support for the Caltex Socceroos on the Road to Russia 2018.

Australia play Thailand in a vital World Cup Qualifier in Melbourne on September 5.