On a day when Kylian Mbappe broke history for France, one wonders whether a similar breakthrough moment is lingering around the corner for Socceroos' starlet Daniel Arzani.

The two youngest players at the FIFA World Cup™ were both on show in Russia overnight in an enthralling Group C match day.

EQUATION: What must happen for the Socceroos to qualify for the Round of 16

ANALYSIS: How the Socceroos exposed Denmark from set pieces to win the penalty

Mbappe became France’s youngest ever goal scorer at an international tournament following his opening half winner against Peru.

Hours earlier, Australia’s 19-year-old sensation – younger than Mbappe by 15 days – ensured that he too would have his moment in the spotlight.

The adulation is coming thick and fast for the Melbourne City forward after another impressive late cameo. 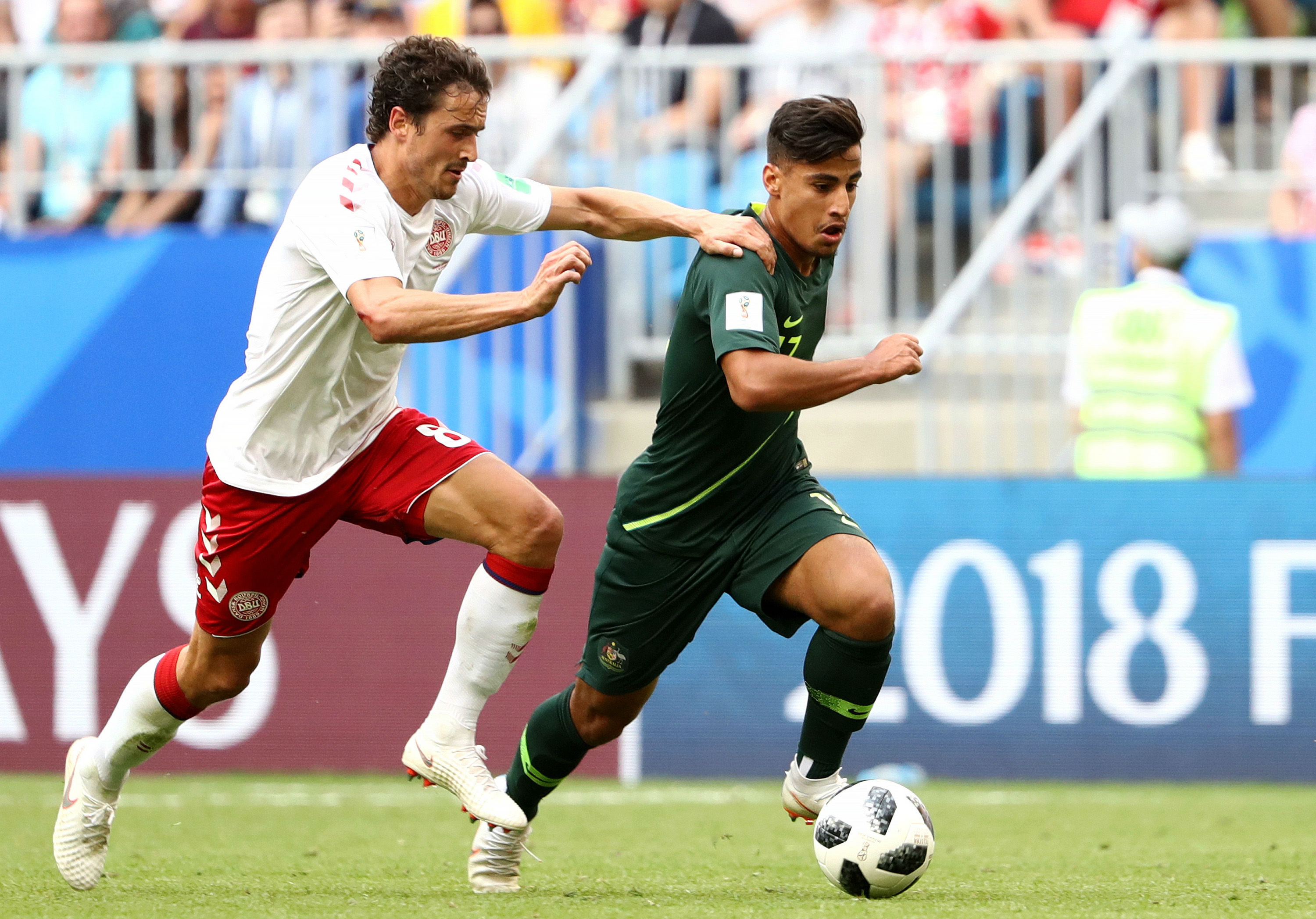 Arzani’s introduction on 68 minutes proved to be a near lethal injection in the Group C qualification make up.

Once again, the attacker’s ability to cut inside from the left proved to be a precious source of joy for the Socceroos. It almost paid instant dividends when Arzani found Aaron Mooy in space outside the box with his first touch; Mooy’s resulting thunderbolt flew narrowly wide.

Arzani continued to dart at the tiring Denmark rearguard, and supplied Australia's next opportunity. Receiving the ball on the edge of the box, he whipped a superb cross into the area for Mathew Leckie to attack - but unfortunately Leckie was unable to direct it on target.

Arzani has nominally been deployed on the right for club side Melbourne City, and that's where he popped up soon after to provide another nearly moment for the Socceroos. Having prevented a seemingly certain goal kick, the 19-year-old tip-toed back across the byline to get past Pione Sisto and saw his cross narrowly evade the outstretched leg of Tomi Juric.

Finally, Arzani forced Kasper Schmeichel into a sharp stop at the near post in the final minute of normal time - and continued to weave his way through the Denmark defence late into stoppage time as the Socceroos pushed for an equaliser.

Here's what social media made of Arzani's dazzling display...