Noah Botic scored twice to ignite the Joeys' FIFA U-17 World Cup™ hopes in a 2-1 win against five-time champions Nigeria.

The victory means Australia finish third in Group B, behind Nigeria and Ecuador, and advance to the Round of 16 as one of the four best third-place finisher, having secured four points.

Botic, who plays his club football for Hoffenheim under-19s in Germany, scored in his third straight tournament match when he swept Australia into an early lead at the Estadio Bezerrão in Brasilia.

Peter Olawale hit back for the Super Eagles but the former Rockdale City Suns striker held his calm from the penalty spot after half-time.

Botic's fourth goal of the competition proved decisive as the Joeys secured their first win in Brazil, and their first against Nigeria from seven attempts in this competition.

Australia showed their resilience early on before hitting Nigeria on the break on 13 minutes as Botic swept them into their first lead of the competition.

The Super Eagles responded and Olawale broke the Joeys’ resolve on 21 minutes with a curling finish from the edge of the penalty area.

But Morgan’s side showed no signs of caving under the pressure and almost grabbed a half-time lead when Tristan Hammond lashed a strike narrowly wide.

The 2013 and 2015 FIFA U-17 World Cup winners upped the tempo after the break as Olakunle Olusegun’s shot skimmed the post of Joeys keeper Adam Pavlesic. 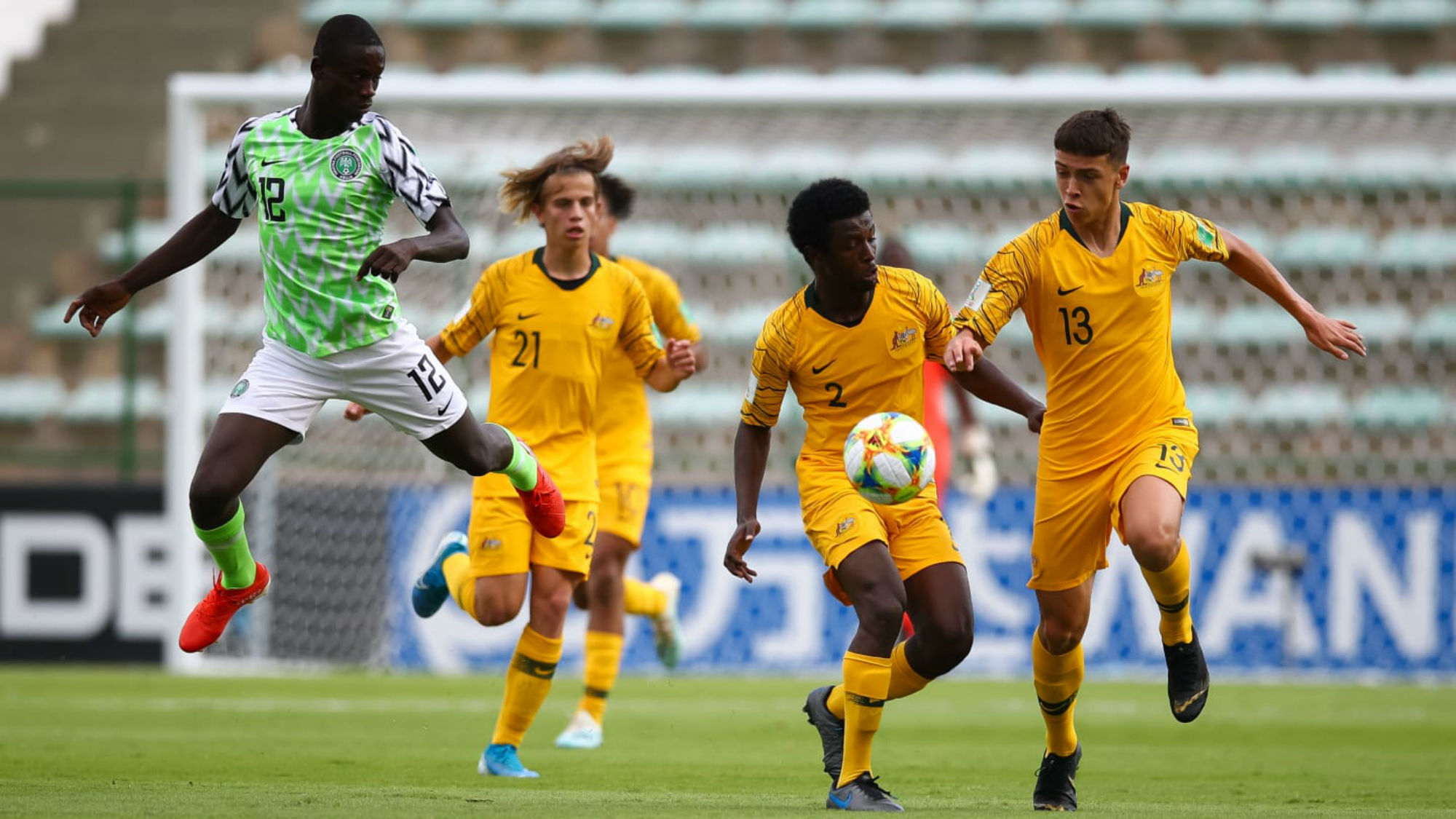 After Hamzat Ojediran fired into the side-netting, Australia launched another lightning-quick counter. Caleb Watts’s pace was too hot for Clement Ikenna to handle and the Nigerian centre-half hauled down the Southampton attacker for a penalty.

Botic made no mistake from the spot on 54 minutes to hand Australia a 2-1 lead, and the Joeys went in pursuit of another when Hammond’s snapshot was well saved by Bournemouth goalkeeper Joseph Oluwabusola on 61 minutes.

Akinkunmi Amoo forced a fine save from Pavlesic as Nigeria poured forward and Izaack Powell cleared a goal-bound effort of the line as Australia held on to inflict only Nigeria's third defeat in their last 31 FIFA U-17 World Cup™ matches.