Aziz Behich says the big pre-FIFA World Cup friendly win over the Czech Republic is confirmation the Caltex Socceroos are on the right track heading towards Russia.

Coach Bert van Marwijk got his first win as boss as the Aussies ran out 4-0 winners at St Polten’s NV Arena on Friday night (AEST).

A brace to Mathew Leckie, Andrew Nabbout’s first international goal and a late own goal were enough in what will be a massive confidence boost with the opening game against France now just two weeks away.

After an intense 12 days in camp in Turkey, working hard on their structure in gruelling double sessions, Behich is adamant the team is seeing signs that their hard work is paying off.

“We’ve been working hard since the first camp we had with the coach. We’re just trying to do what he wants us to do,” the impressive left-back told www.socceroos.com.au.

“Especially in Antalya, we’ve been working extremely hard on our defensive structure and also our attacking structure.

“As a defender getting a clean sheet is always something to be proud of but we defended as a unit, attacked as a unit and I’m just grateful to get the win.

“We haven’t won in Europe in a long time. It was a positive result. We attacked well and we defended well,” Behich added.

“We hit the back of the net and something we have been talking about is a winning mentality and hopefully we can take that onto our next game as well.”

That ‘next’ game is a final pre-FIFA World Cup friendly against Hungary in Budapest next Sunday morning (1.30am kick-off AEST).

It will give van Marwijk another full week on the training pitch in Turkey to continue to fine-tune the team’s tactics and structure before heading to Russia.

“We’ll go back into camp and continue to work hard. I’m sure there’s something in the game the boss [van Marwijk] wants to improve on.

“We’ve had a hard week or so in training so it’s good to see we can get that reward on the field,” the Western Sydney Wanderers star added.

“We’ve had two clean sheets in the last two games[0-0 against Colombia in March], we’ve been working on it a lot in training and it’s good to see we can take it out on the field.

“What Bert wants form us we pretty much stuck to it.” 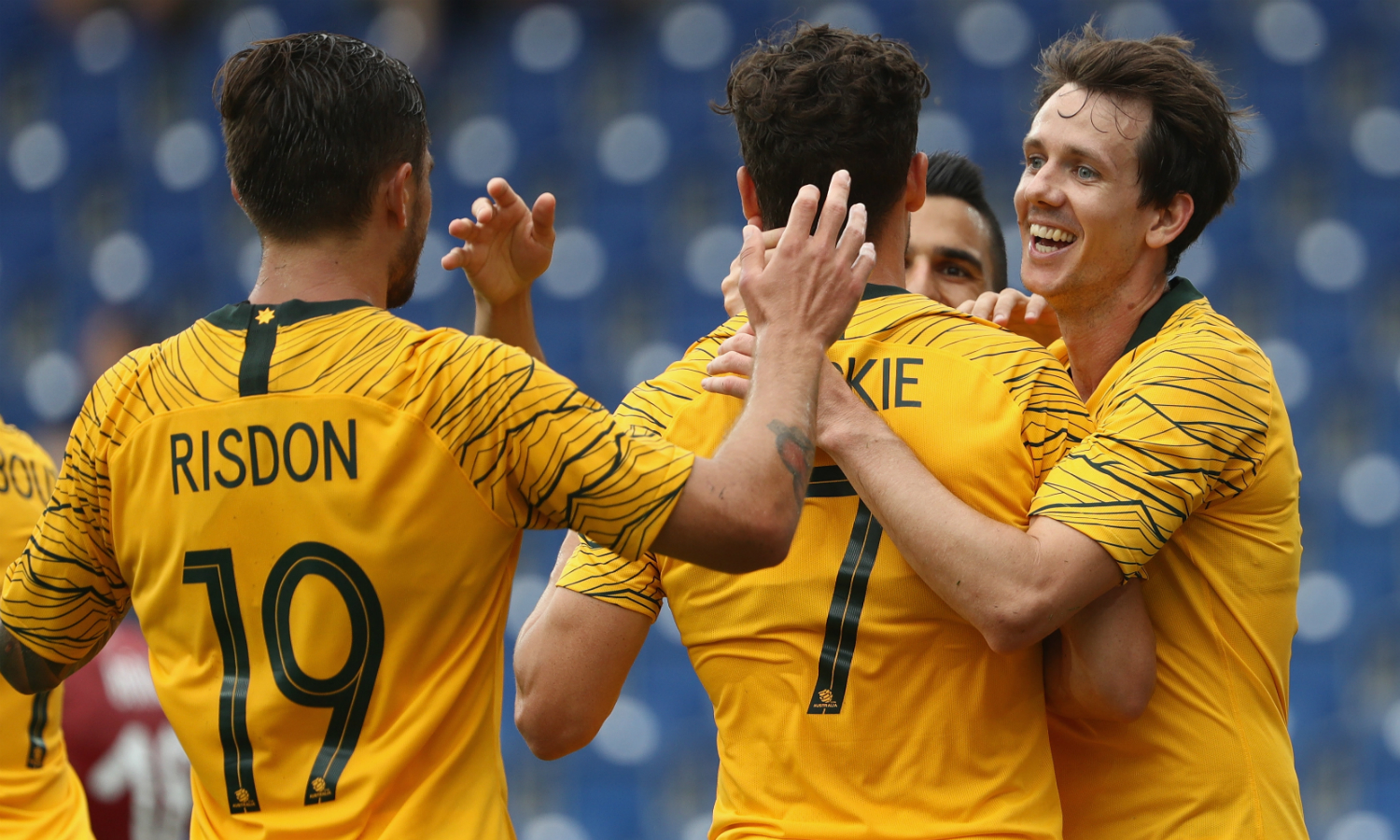