Andrew Nabbout is not content to simply sit back and enjoy the ride of what could be an unexpected FIFA World Cup adventure.

Instead, after opening his international account in the Caltex Socceroos' richly-deserved 4-0 win over Czech Republic on Friday night (AEST), the eye-catching Urawa Red Diamonds forward has declared a desire to make a real impact in Russia.

Nabbout joked he would have copped an "earful" from supporting team-mate Robbie Kruse had he not scored the goal that put Australia two ahead at the NV Arena, doubling Mathew Leckie's first-half opener.

But, by outfoxing Fulham defender Tomas Kalas and lashing an unerring finish into the bottom far corner, the 25-year-old showed the kind of class to suggest he could be a factor on the big stage.

"It's huge. It's something you work towards," Nabbout told Fox Sports.

"It's not only putting on that jersey – especially as an attacker, you want to score, you want to make a difference and make an impact.

"That's what I went out there to do. I worked tirelessly, I pressed as hard as I could and I got the reward."

Nabbout had gone without chances until that point, although his work ethic and muscular ability to challenge defenders illustrated what Bert van Marwijk has looked to extract from him as a centre-forward.

His main objective, of course, remains goals and the 54th-minute effort was well received by Caltex Socceroos supporters eager to see how the team can cause trouble for France, Denmark and Peru.

The discussion regarding the former Melbourne Victory and Newcastle Jets man appears now to centre on his claims for a starting berth against France in Kazan.

For his part, Nabbout is not thinking beyond securing a spot in the final 23, an understandable position for a player who was forced to fight just for a second chance in the Hyundai A-League.

"That's up to the coach. There are still two days of hard work until the squad gets announced," he said.

"Nothing is guaranteed for anyone.

"It was a good performance by us, we really put them under the pump and took our chances.

"But that's a decision for the coach to make, not me."

With a superb first goal for his country, Nabbout might have gone some way to making the call for van Marwijk. 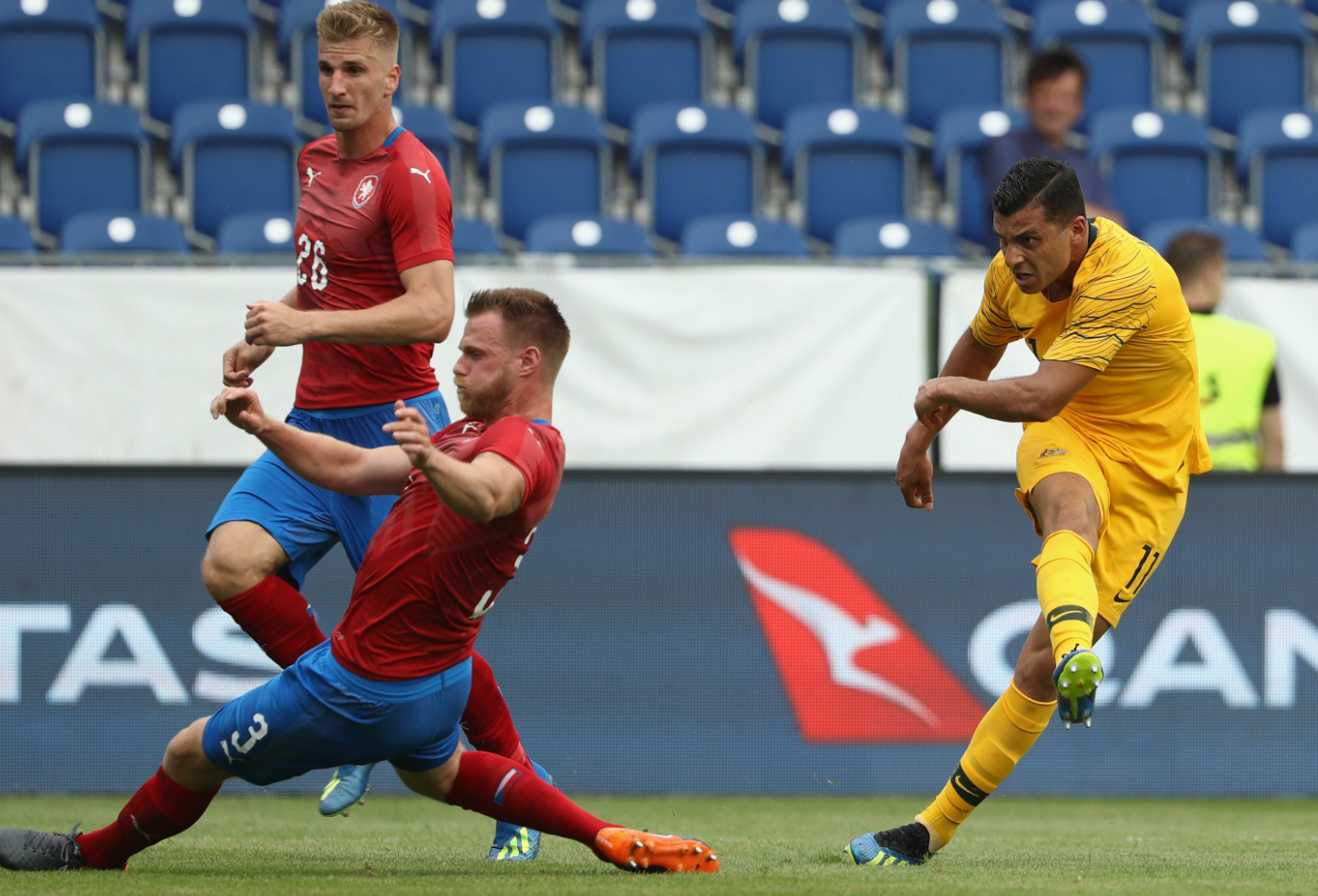