Australia’s U-23 men’s national football team claimed the ‘Dazu Cup’ in China overnight, with Ramy Najjarine’s penalty against Lithuania U-23 helping the green and gold to a 1-0 win in their third and final match of the friendly invitational tournament.

Melbourne City’s Najjarine, who claimed the player of the tournament, scored in the 58th minute of the fixture to ensure that Australia maintained its perfect record in the competition.

Young Socceroos Head Coach Gary van Egmond, who has overseen the program as interim Head Coach since September, explained that he has witnessed progression in the group over the past three FIFA windows.

“Ahead of January’s AFC U-23 Championship we have been able to bring nearly 40 domestic and overseas-based players together across three windows (September, October, November),” van Egmond explained.

“We have also had seven competitive games which has been invaluable for the group.

“At this tournament you could see on the player’s faces how much it means for them to represent their country, and to secure strong results against two nations (China PR and DPR Korea) that will also compete at the AFC U-23 Championship was great.

“The fact that we have been able to see so many players over the past few months will provide Graham (Arnold) and the coaching staff with some good headaches next month as they work through the final selection for Thailand.

"A lot of players have put their hand up be part of the Olympic qualifiers and given most of the players have now had the opportunity to meet each other, plus train and play together, a solid platform has been set.” 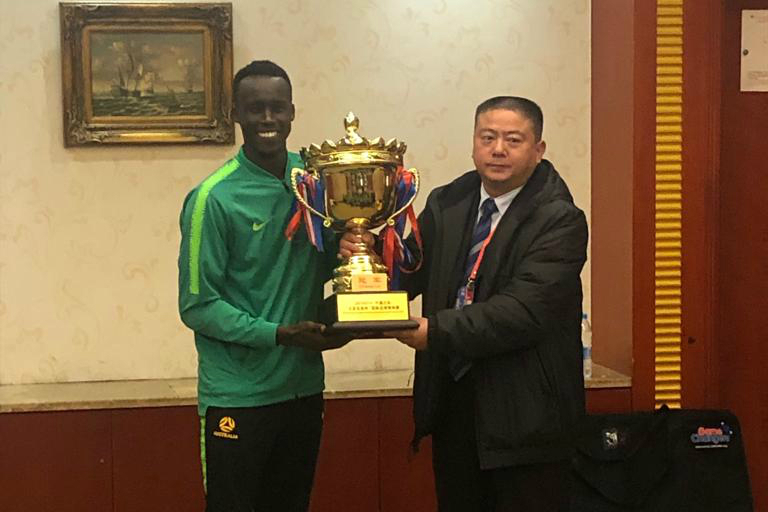 Australia’s U-23 men’s national football team will take on hosts Thailand, Iraq, and Bahrain in Group A at the AFC U-23 Championship Thailand 2020.

The AFC U-23 Championship Thailand 2020, which will be contested between January 8-26 next year, doubles as the qualification tournament for the men’s football competition at the Tokyo 2020 Summer Olympics.

To reach Tokyo, Australia must finish in the top three nations at next year’s tournament in Thailand. A finish in the final four of the competition would be sufficient for Australia to seal a ticket to Tokyo should Japan make the Semi Finals.