​It has been another busy season for some of Australia's biggest and best stars around Asia. How did they fare in 2016 and what may be in store in 2017? Asian football expert @JohnnyDuerden looks at five such former Hyundai A-League stars.

It was an exciting first year for Chinese football for the defender.

He moved to the Netherlands to Nanjing and one of the biggest spending clubs in the world. He was soon lining up with Brazilian stars such as Alex Teixeria and Ramires.

A group-stage exit in the 2016 AFC Champions League was a disappointment, albeit a very close-run one.

In the Chinese Super League however, Jiangsu pushed Guangzhou Evergrande all the way and then lost to the same team in the CFA Cup final.

It was a solid foundation for what should be twin assaults in China and Asia in 2017. Whatever is in store for the Caltex Socceroo, it is sure not to be boring.

While his Caltex Socceroo defensive colleague Trent Sainsbury was pushing for trophies with Jiangsu Suning, Spiranovic was battling relegation with Hangzhou Greentown in the pleasant garden city just to the south of Shanghai.

It was looking okay for a young team but Changchun Yatai put together four wins from the last four games of the season for an unlikely escape and Hangzhou slipped into the second relegation spot. 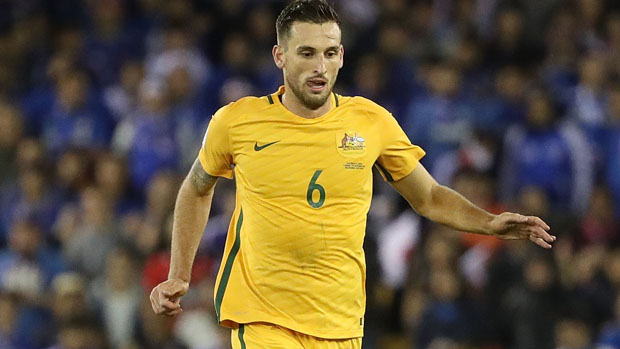 It was a great learning experience in Asia for the centre-back who arrived from Western Sydney Wanderers and he acquitted himself well.

Now it remains to be seen if he stays to help Hangzhou return to the top tier or look elsewhere.

It's been a tough few weeks for the Aussie midfielder. Every player who heads overseas wonders about the kind of playing time he will get - but this has not been a problem for the impressive former Victory star.

The Caltex Socceroo has been on the pitch for every single minute this season but the problem has been his team has won just once, with relegation a serious possibility.

It doesn't help when the club is on a fourth coach in 2016 and there is talk of high-profile foreign signings –such as former Real Madrid star Robinho –without much ever materialising.

The departure of UAE international Amer Abdulrahman to Al Ain did not help. A poor start soon became worse with defeats becoming bigger.

If Milligan - who has been one of the team's most consistent performers - can help the team survive in the top flight, it will be one of his bigger achievements.

Not that many foreign players finish two full seasons in south-east Asia and the defender is looking forward to a third after another solid campaign with the Glass Rabbits.

Quickly became a fan favourite with his leadership and never-say-die attitude, not to mention the intelligent defending, the challenge now is to take the club from one being happy to finish in the top four to one that genuinely challenges for the title.

The arrival of Aurelio Vidmar last year should help as the former Adelaide United boss has a full, and long, pre-season to take stock and prepare.

Smith will be a vital part of those plans.

2016 was a bit of a stop and start season for the former Adelaide United star with FC Tokyo having to settle for a place in the middle regions of the J.League.

Earlier on, he impressed in the AFC Champions League as the Gasmen shocked big-spending Chinese Super League team Jiangsu Suning by progressing through the group stage. 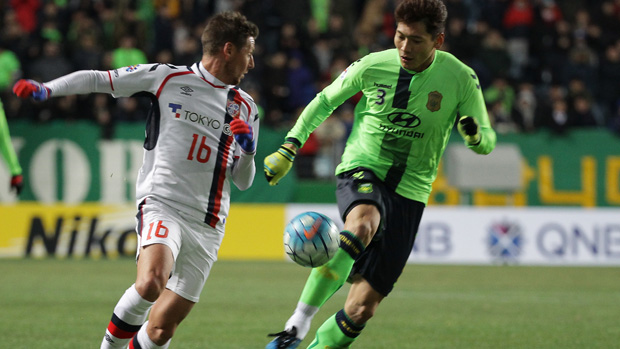 The Japanese team was unlucky to lose in the final minute of the second round to Shanghai SIPG.

After a season and a half in Japan, Burns is well and truly accustomed to life on and off the pitch and will be aiming for more minutes in 2017 as Tokyo look to climb the table.