It is a busy weekend ahead with Ryan’s Brighton set to lock horns with Liverpool as Massimo Luongo and Harry Souttar prepare to face off against each other at Hillsborough.

It will be a big weekend for Maty Ryan and his Brighton & Hove Albion as they welcome reigning champions Liverpool to the AMEX Stadium at 11:30pm* on Saturday night.

The Seagulls are flying high with a draw and a win collected from their last two league fixtures against Burnley and Aston Villa respectively.

However, despite the upturn in form, they sit in 16th position while their upcoming opponents occupy 2nd spot with only goal difference placing them behind Spurs.

Heading to the English Championship where two Aussies will be going head to head as Massimo Luongo’s Sheffield Wednesday entertain Harry Souttar’s Stoke City at 2am on Sunday.

Another dismissal last weekend made Sheffield’s afternoon all the harder after they were outdone 1-0 at Preston but they backed that up with a 1-1 draw against high-flying Swansea.

Souttar’s Stoke on the other hand enter this fixture on the back of a defeat after they were outclassed 3-2 against league leaders Norwich City.

This showdown will be made all the more special for Wednesday as it could be the first time that they move out of the relegation zone if they manage to take all three points from this match.

A top of the table clash will be taking place in Greece as James Jeggo and his Aris Thessaloniki do battle against Olympiacos at 4:30am on Sunday.

Both sides have the same record heading into this must-watch encounter with six wins and one stalemate from their seven matches.

All that separates the two is goal difference with Olympiacos having bagged 15 goals, five more than Aris while they have also retrieved the ball from the back of their net on just the one occasion compared to Jeggo’s side who have conceded three times.

On Monday morning, Apostolos Giannou will be hoping to start for OFI Crete when they host PAS Giannina at 2am.

A resounding 4-1 win last time out against NFC Volos has given Crete some hope as they registered what was just their second triumph all season. 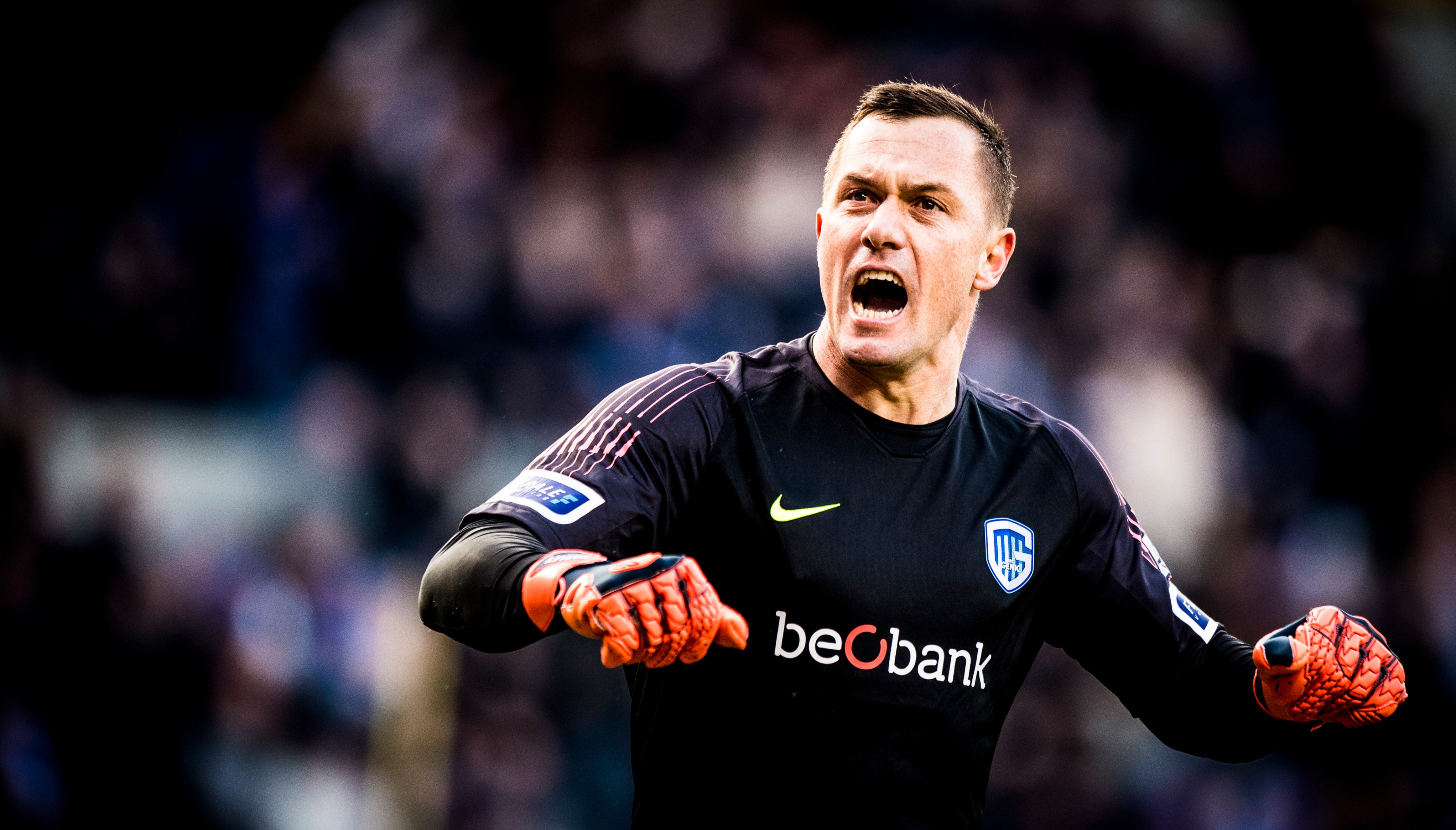 In the Belgian Pro League, Danny Vukovic and his Genk will be hoping to make it nine wins on the spin when they travel to Cercle Brugge at 4:30am on Sunday.

Vukovic’s side are the form team in the competition and sit just point off the top of the table.

Whereas their opponents are in a midtable position and arrive into this meeting on the back of a shock defeat to bottom of the table Mouscron.

Elsewhere, Trent Sainsbury will be featuring in the heart of defence for Kortrijk when they host Oostende at 6:45am on Monday.

Oostende sit just above Kortrijk on the ladder in 11th position with only goal difference separating the two sides.

Sainsbury’s side will be looking to snap out of an unwanted streak which has seen them winless in their last four fixtures.

Over to Denmark where Awer Mabil’s Midtjylland will face off against Aalborg in the Superligaen at 2am on Sunday.

Midtjylland suffered another UEFA Champions League defeat last time out at Ajax but it marked a special occasion for Mabil as he opened his account in the competition after pulling one back from the spot.

MORE: 'He had something very special': Paul Wade pays tribute to Diego Maradona

Their league form reads better with two wins on the bounce as they hold a slim one point lead at the top of the table.

In the Scottish League Cup, Martin Boyle will be lining up for Hibernian when they take on Dundee FC at 2am on Sunday.

Boyle was instrumental in his side’s previous clash with Dundee – teeing up two of his side’s goals in their 4-1 victory just under a fortnight ago.

Tom Rogic will be hoping to help his side claim victory when they host Ross County in their Cup affair at 1am on Monday.

In German Bundesliga action, Mathew Leckie will be aiming for a starting berth for Hertha Berlin as they make the trip to Bayer Leverkusen with kick off scheduled for 1:30am on Monday.

A poor second half performance saw Dortmund walk over the men from the capital and any repeat display could see them suffer the same fate against Leverkusen who are just one of two sides still unbeaten.

In neighbouring Netherlands, Daniel Arzani will be hoping to make it out onto the pitch for FC Utrecht when they face off against undefeated Feyenoord in the Eredivisie on Monday at 12:30am.

Arzani’s side are without a league win since the end of October and may find it difficult to get a result this weekend with their opponents just one of two sides who are yet to taste defeat this campaign.

Milos Degenek’s FK Crvena Zvezda will entertain Rad Beograd in the Serbian SuperLiga at 5am on Monday.

His side are clearly bossing the competition with 44 goals from their 15 fixtures and an eight-point lead over their upcoming opponents rivals, Partizan Beograd.

The writing is on the wall for Rad already with the club languishing third from bottom with just 12 points to their name.

In the Turkish SuperLig, Aziz Behich’s Kayserispor will four league match winless run when they take on Faith Karagumruk at 3:30am on Tuesday.

In Japan, Mitch Langerak’s Nagoya Grampus will be hoping to make it three wins from three when they come up against Oita Trinita at 4pm on Saturday.

Another three points this weekend could see the Aussie shot stopper’s side climb into the top two if results go their way.

Elsewhere, Thomas Deng and his Urawa Red Diamonds travel to Kashima Antlers on Sunday for a 5pm kick off.

The Aussie defender undoubtedly be raring to go after he helped himself to an assist in their 2-1 defeat at home to Gamba Osaka last time out.

Another match against a top five side could derail Urawa’s chances of a top ten finish.

In the Saudi Pro League, Mitch Duke will be starring for Al-Taawoun when they entertain Al-Ettifaq at 11:15pm on Sunday.

Duke’s side secured their first win in three attempts last time out ad are sitting in a respectable 7th spot with eight points accrued from their five fixtures.

Heading back to England where Bailey Wright and his Sunderland will be in action on Saturday when they visit Fleetwood Town at 6:45am.

This match is finely poised with both sides teetering on the edge of the playoff places – a win for either side would all but guarantee them a place in the elusive top six come the end of the round. 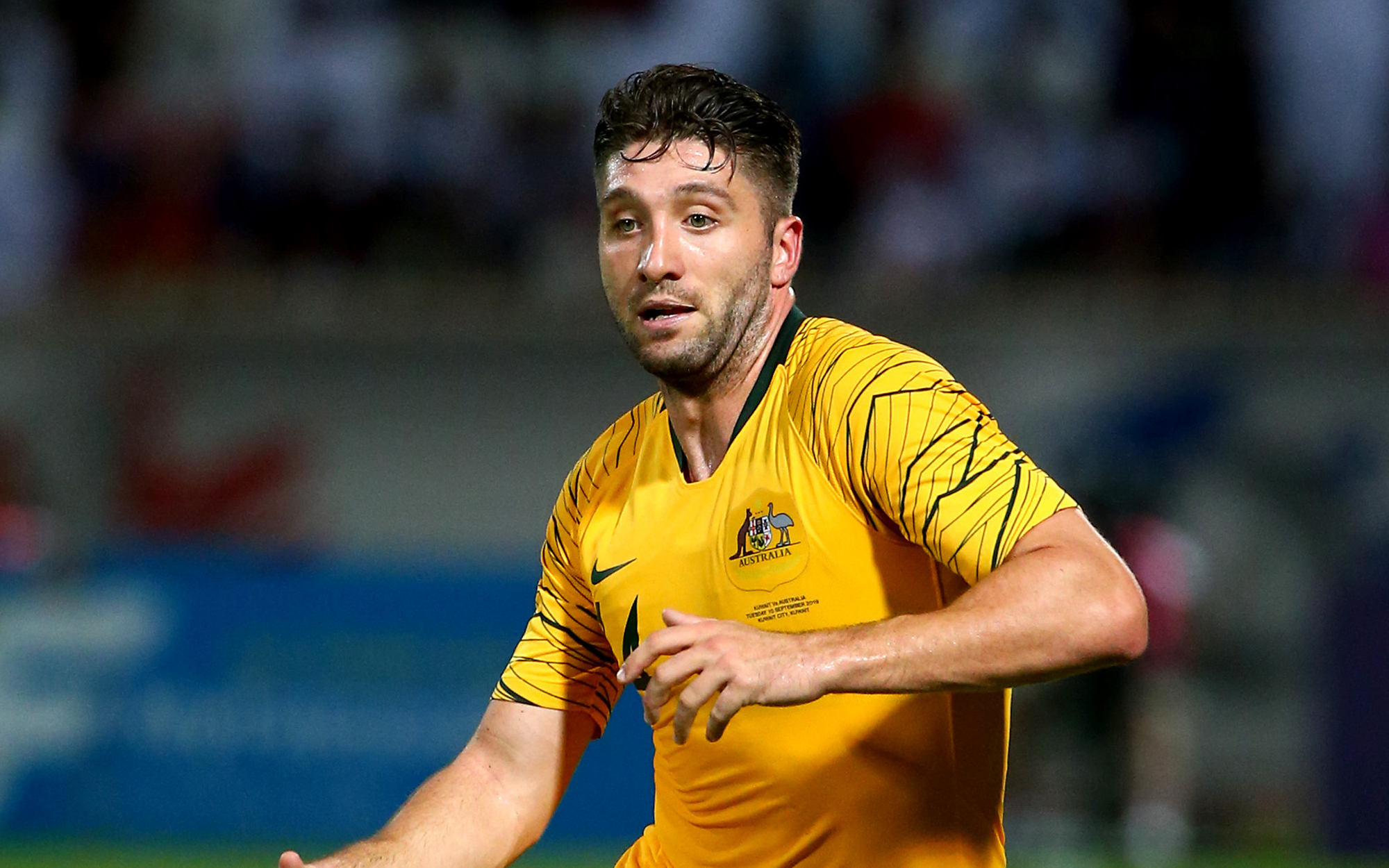 Over in the 2. Bundesliga, Brandon Borrello’s Fortuna Dusseldorf have a date with Bochum with proceedings set to get underway from 6:30am on Tuesday.

This match will make for interesting viewing with Bochum four places above Fortuna in 4th.