New Caltex Socceroo James Jeggo celebrated his first national team call up as his Sturm Graz won 5-0 in the Austrian Cup while Alex Gersbach and Tom Rogic had similar success in Norway and Scotland respectively.

The Austrian Bundesliga league leaders Sturm Graz scorched their opposition  Sk Bad Wimsbach  with four goals in the second half to advance.

Fellow Socceroo Alex Gersbach’s Rosenborg progressed to the semi-finals of the NM Cupen in Norway, downing Tromso in a penalty shoot-out after the scores were locked at 1-1 after extra-time.

And Socceroo star Tom Rogic helped Celtic into the last four of Scotland’s League Cup, departing five minutes from time as they notched a 2-0 win at home to Alloa Athletic.

Daniel De Silva was a second-half substitute as JC Kerkrade were bundled out of the KNVB beker 4-0 by Dutch powerhouse PSV Eindhoven.

Meanwhile Caltex Socceroo Bailey Wright’s Preston will travel to St James’ Park in the fourth round of England’s League Cup where they face fellow Championship outfit Newcastle United, who are third on the table.

Preston find themselves at the other end of the standings after losing three of their last four league outings but won away to AFC Bournemouth in extra-time to secure their place in the hat.

Wright is the only Aussie whose club is left in the competition after Massimo Luongo’s QPR were beaten at home 2-1 by Sunderland on Wednesday night.

The midfielder, who along with Wright was named in Ange Postecoglou’s latest Socceroos squad this week, was a second half substitute at Loftus Road but couldn’t help his side overturn the deficit.

In league action Tomi Juric again started up front for FC Luzern as they had to settle for a 2-2 draw against FC Sion in Switzerland. 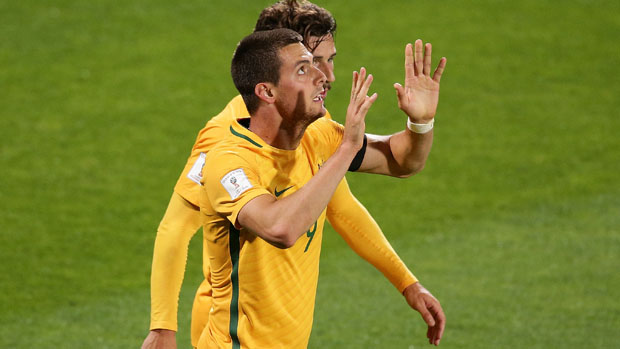 In Asia, Cameron Watson played a full match for Indian outfit Bengaluru FC as they progressed to the semi-finals of the AFC Cup following a 1-0 aggregate win against the Tampines Rovers.