Caltex Socceroos coach Ange Postecoglou will decide his starting XI on game day as he keeps his troops on their toes ahead of Thursday night’s FIFA 2018 World Cup qualifier against Tajikistan.

Speaking at the official pre-match press conference on Wednesday, the Australian national coach said he would wait until after the side’s final training session before finalising his starting XI for Thursday night’s must-win clash at Adelaide Oval.

“We’re Asian champions so that puts a target on your back,” Postecoglou told reporters on Wednesday.

“They’ll [Tajikistan] be very competitive. I expect them to sit back and like most teams that come here play fairly defensively. We have to make sure we don’t get frustrated and understand we have to dictate the tempo of the game.

“It would be a great scalp for a country like Tajikistan [to beat Australia]. We found out with Kyrgyzstan as well, they raise their levels for these games.

“We haven’t been together for a while and we’re kind of getting into a pretty big year for us and we want to start off the year with some strong performances beginning with tomorrow night.” 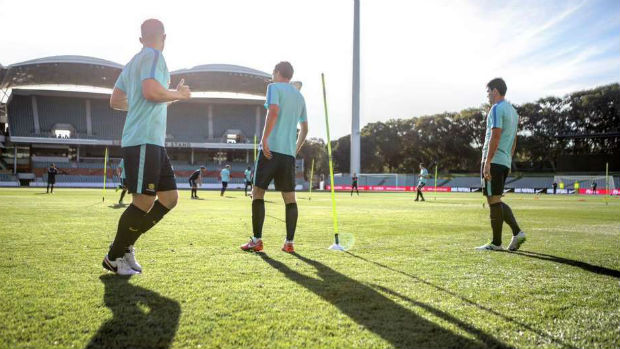 Wednesday evening’s final session will be the first time the whole squad will get the chance to train together with all 23 members now arrived.

Postecoglou said no player is carrying any injury concerns meaning he faces some tough choices over who makes his starting XI.

“I’ll have a look at how everyone is and probably make my decision after today’s session and the players won’t know until game day,” the Socceroos boss said.

“They all seem to be in good condition, I just want to see them out there running around and I’ll make the call.”

The Socceroos require four points from these last two qualifiers – including next week’s clash with Jordan in Sydney – to book their spot in the next stage of AFC qualifying. 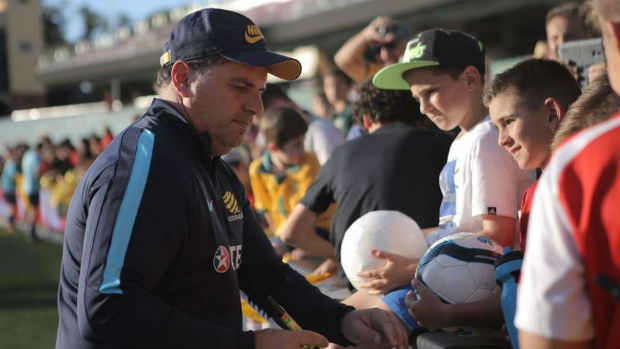 But achieving that goal won’t be enough for the driven Postecoglou, declaring he won’t be satisfied winning ugly.

“This qualification process isn’t just about qualifying for a World Cup because we’ve already done that the last three times in a row,” he said.

“It’s not just about qualifying, it’s about getting to a World Cup and making an impact. It’s about performing strongly and setting some really high standards and preparing a team to progress to a level that we haven’t before.”

Postecoglou said the inclusion of exciting youngsters like Jason Geria and Alex Gersbach was further proof the opportunity is always there for young players to get an opportunity with the senior national team. The rest is up to them. 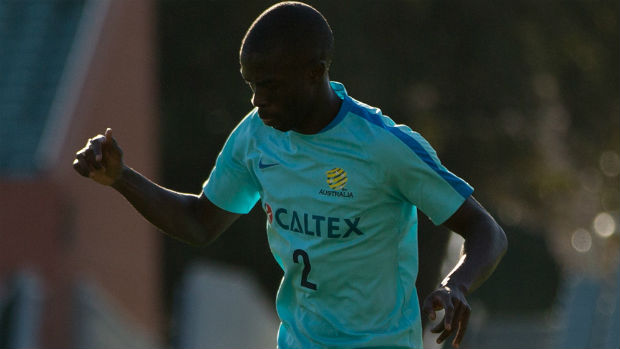 And Thursday night will be the first game in a huge 2016 for the green and gold, with high profile friendlies against England and Greece sandwiched in between World Cup qualifiers.

“Just how rosy the future is will be up to them and how they take that opportunity,” Postecoglou said of his new faces.

“We’ve got some exciting young players coming through. There hasn’t been any barriers since I’ve been in charge who represents us in terms of age or experience.