Joeys coach Trevor Morgan says Australia will regroup after going down 3-0 to Korea Republic on Saturday.

Morgan’s side commenced their AFC U-16 Championship Malaysia 2018 campaign with a tough battle against their Group D rivals.

It means the Joeys must beat Iraq tomorrow night (kick off 6.30pm, AEST) to keep their hopes of qualification to the quarter finals alive.

“Korea had a simple game plan – to press, to turn us around and to go forward quickly in transition. On the night they proved successful,” Morgan told www.socceroos.com.au.

“They were physically very strong.

“We need to be better in dealing with these aspects and adjust quickly to the tempo and demands of this tournament.

“The boys will recover today, as our preparation for Iraq has already begun.”

The Joeys will lament their failure to capitalise on a strong opening half performance, with Korea taking the lead through a lovely Choi Min-seo run and unerring finish on the cusp of half time.

Moments later, Tristan Hammond was unlucky not to restore parity after dribbling past three opponents in the box and drawing a solid parry from the Korea Republic keeper.

A more open contest ensued in the second half, with Korea Republic doubling their advantage early on through Hong Yun-sang, who sprung the offside trap before firing past Ahmad Taleb.

With the Joeys chasing the game, Korea Republic sealed a third on the counter when Choi Min-seo extended the deficit to three. 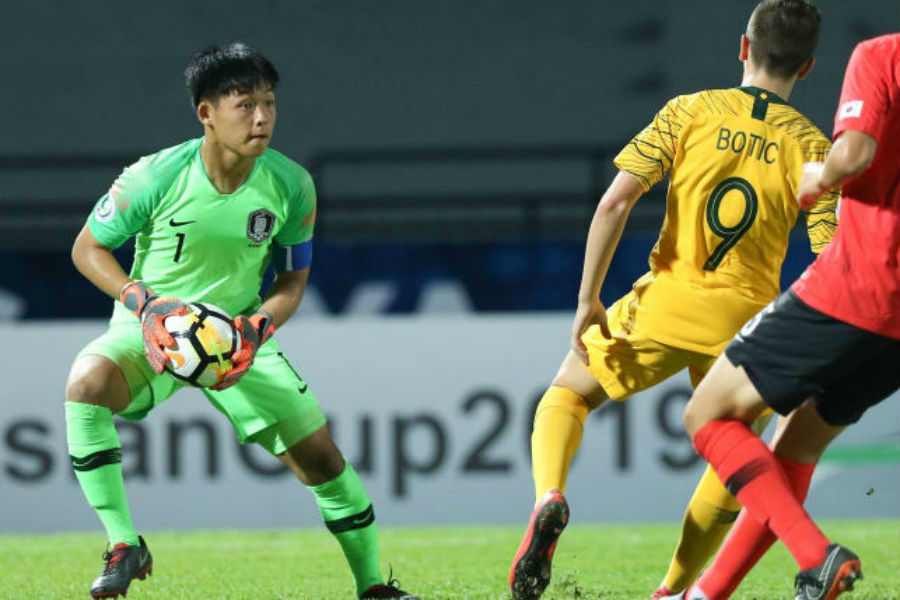