Adam Peacock's Peru Diary: The passion that showed how special a FIFA World Cup is

In the last of his series looking back on the 2018 FIFA World Cup, Adam Peacock revisits the trip to Sochi, and the Socceroos meeting with Peru which took place nearly two years ago to the day.

And with hosting rights almost decided for the Women's 2023 showpiece, Peacock looks back on how incredible being at a FIFA World Cup really is.

Sochi is essentially the Gold Coast of Russia, so of course we all felt at home two years ago when Socceroos fans joined the party on the Black Sea for our final group game of the World Cup.

Despite all the threats and warnings of us worry-warts in the west, Vlad Putin didn’t make you feel you were in a Bond film. Sure you were probably being watched. But there was nothing untoward in your cupboard, or anything horrible lurking under your bed. Far from it! Though after all that free hotel wifi, my phone does odd things to this day.

There was nothing to worry about. The whole trip.

There was no point worrying about anything. Not when there’s football by the sea with 100,000 other fans from all ports congregated where Stalin used to take his summer holidays.

These times were a little more freewheeling. There was nothing but hope. Our opponents Peru brought 30,000 for a start, some of whom mortgaged their houses to get there. Their team had been knocked out in the previous game by France. Yet after 36 years of wait to get to a World Cup, there was no dead rubber. The Peruvians burst with colour and enthusiasm, another reminder this sport means so much too so many. 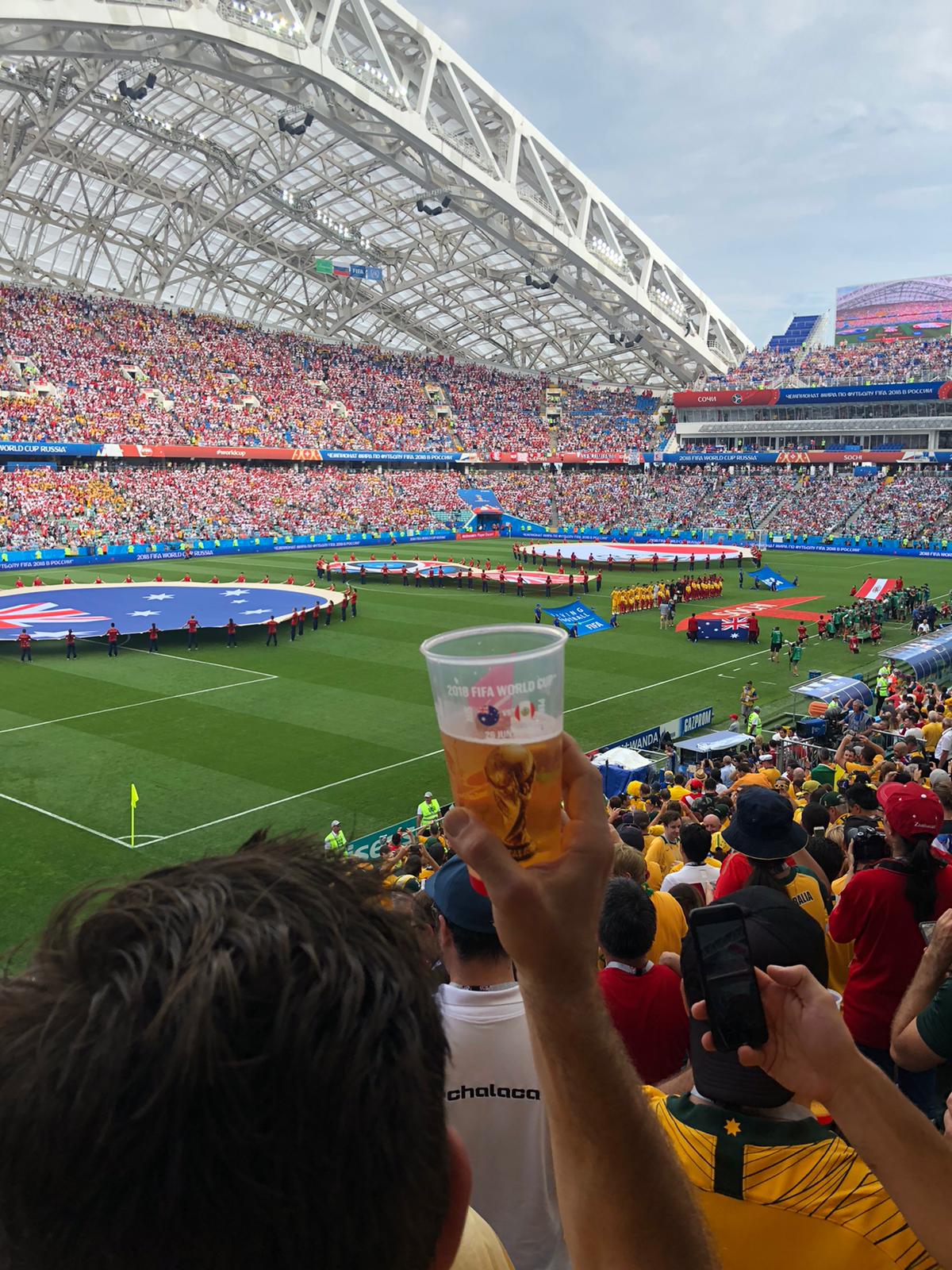 Not everyone felt the need to waste days in preparation for night. You could see Georgia, so many took a ride through the mountains to spend a day next door.

Sochi came alive for Germany-Sweden, the imposing Fisht Stadium rumbled with Swedes going beserk in reaction to Ola Toivonen’s opener. And months later we’d be able to watch him every week in Australia.

Germany on the night would overrun the Swedes, belatedly igniting their World Cup campaign and sending a gentleman in front of me into a fit of rage. He was a Swedish supporter, the back of his shirt with the name “Scrotum”. When Toni Kroos smashed in the winner, Scrotum exploded. Sorry, it’s true. He snapped the seat he was standing on. Security, who saw the whole thing on CCTV, came running. Scrotum tried to blame the teenage kid sitting near us with his dad. Scrotum now had a war on two fronts; a ticked of Australian dad and security. Scrotum left empty and in trouble. 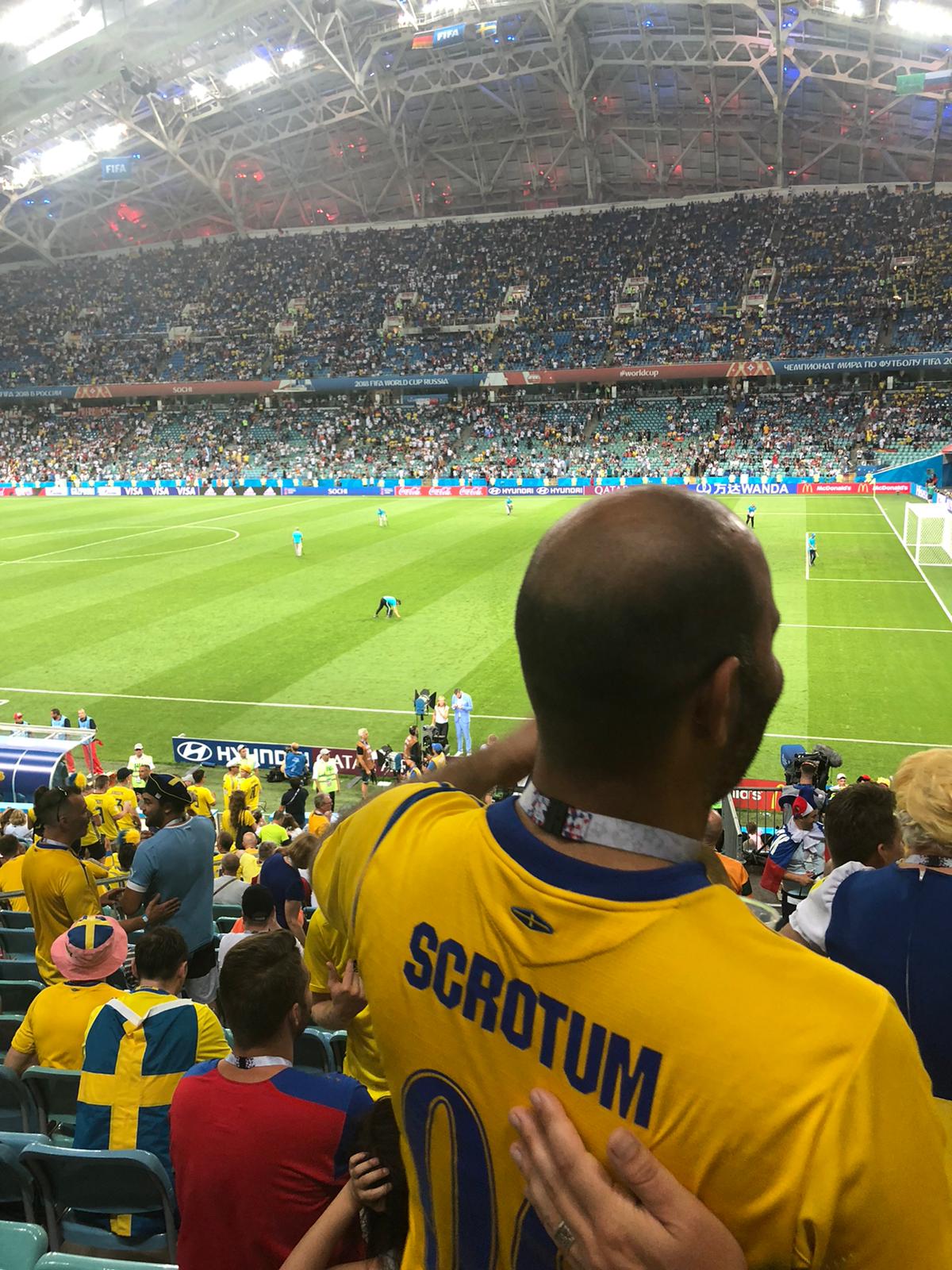 Socceroos fans kept control as our match day approached. We got a quick glimpse of the players after a training session, their bus emerging from behind the jail-like walls of their practice facility. 500 fans went ballistic, singing and yelling, acting like excited children at the mere 2 second sight of a bunch of players on a bus. Being there for a World Cup makes the humble ordinary human display impulsive, out of character emotion. And not regret one bit of it.

For this trip to extend to the knockout stages, Australia needed a bit to go our way. We had to beat Peru; and listening to their anthem that made the foundations of the Fisht shake it would be no simple task, and for France to beat Denmark in Moscow.

Neither happened. There were no goals in the capital, while Peru took advantage of a tiring Socceroos side. Not even the injection of Tim Cahill, playing at his 4th World Cup, and Daniel Arzani at his first, could change the outcome. The deflating, demoralising outcome.

Peruvians cried with happiness. Dead rubber for them? Yeah good. It meant the world and a little bit more to them.

For us, the picture of Mark Milligan summed it all up. Too weary to stand, Milligan sat on the pitch and watched his daughters whiz around him. They were some of the very few Socceroos supporters with anything more to give. Milligan, Cahill and Mile Jedinak didn’t deserve to go out that way. 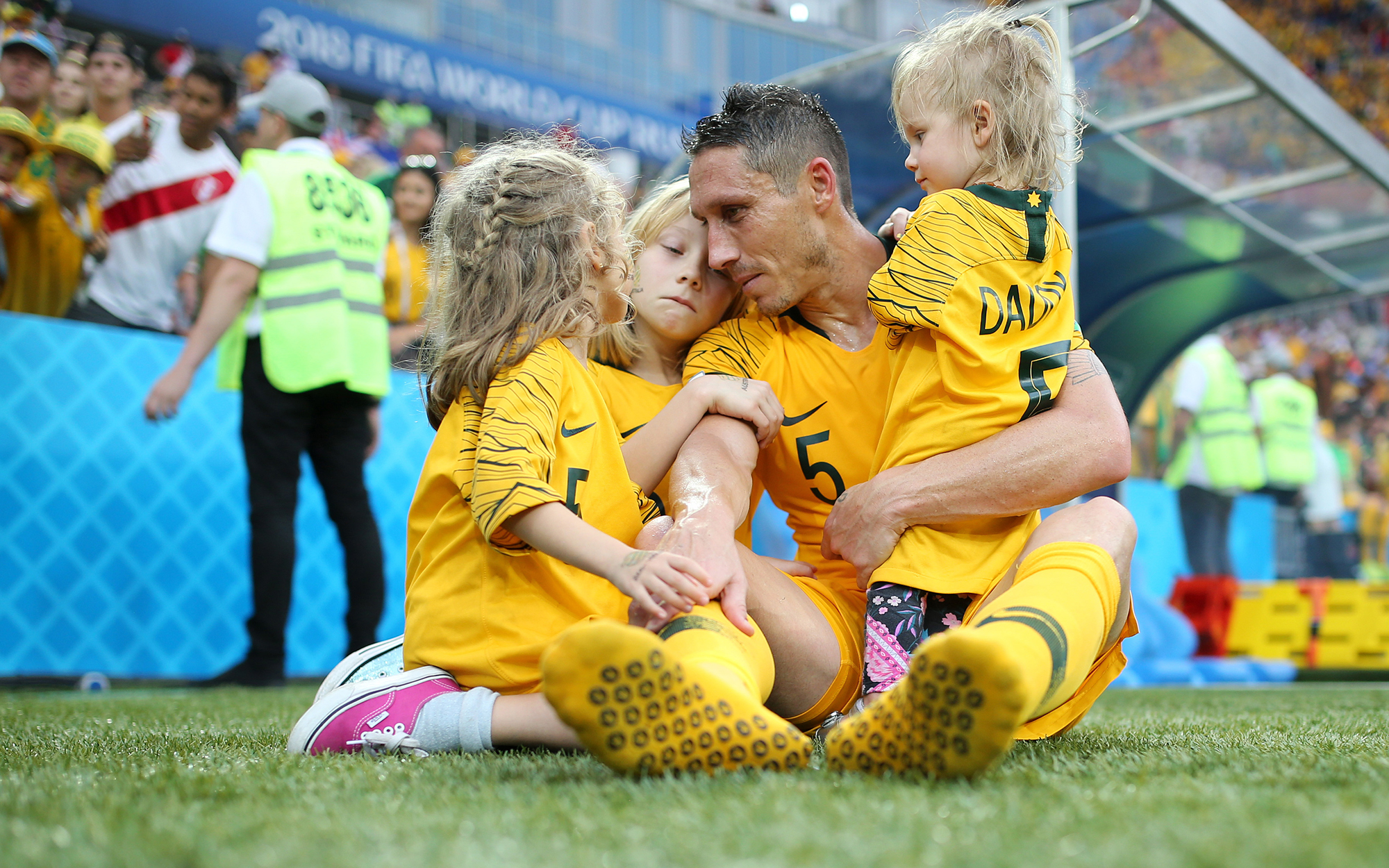 After the game, I walked back to the hotel, 45 minutes by foot, stone-cold sober for the first time in weeks and annoyed. Angry were we gone again. Out with a whimper. But it was simple: Australia was not good enough. Hopefully – and it’s a big hope – Australian football all pushes in the one direction to ensure we are good enough in years to come.

And there would be no extension. The football for Australia was over. You just wanted more. Of everything.