It's now less than 50 days until the start of the 2018 FIFA World Cup and as part of our countdown to Russia, we are profiling every Australian player who has been to football's biggest tournament.

The latest member on our list is the Caltex Socceroos' most storied FIFA World Cup star.

Tim Cahill has etched his name into history many times over and left a lasting imprint on football here, abroad and on the game's biggest stage.

His five goals put him in the company of Lionel Messi, Zinedine Zidane and Romario, and each one has been special.

For match-winning value and historical significance, it's impossible to look beyond the brace against Japan in 2006 that gave the nation its first FIFA World Cup victory.

And for sheer staggering skill and the shockwaves it sent across the globe, Cahill's unbelievable volley against the Netherlands in 2010 will live long in the memory.

He scored at the 2004 Olympic Games, netted Australia's first ever AFC Asian Cup goal in 2007, became the national team's all-time leading scorer (currently 50) in 2014 and won the AFC Asian Cup on home soil the following year.

In club football, the Sydney-born star lists two FA Cup finals on his resume, the first as part of a fairytale run with Millwall.

He also remains a revered figure at Everton, for whom he scored in three Merseyside derbies at Anfield.

Perhaps his best season was his first for the Toffees in 2004-05. Cahill scored 12 goals from midfield in all competitions and was named the club's Player of the Season after helping them to their best Premier League finish of fourth.

One of three members of the 2006 squad still playing professionally, Cahill is back where it all started with Millwall and remains in the frame to appear at a fourth successive FIFA World Cup.

One of Australian football's greatest ever players was also eligible for England, the Republic of Ireland and Samoa, who he represented in a youth tournament in 1994.

Indeed, Cahill's father has previously revealed that Mick McCarthy was interested in picking him for the Republic of Ireland's 2002 FIFA World Cup squad.

He is also just one of eight players to have accrued more than four yellow cards at the FIFA World Cup. Only Zidane, Rafael Marquez and Cafu (all six) have more. 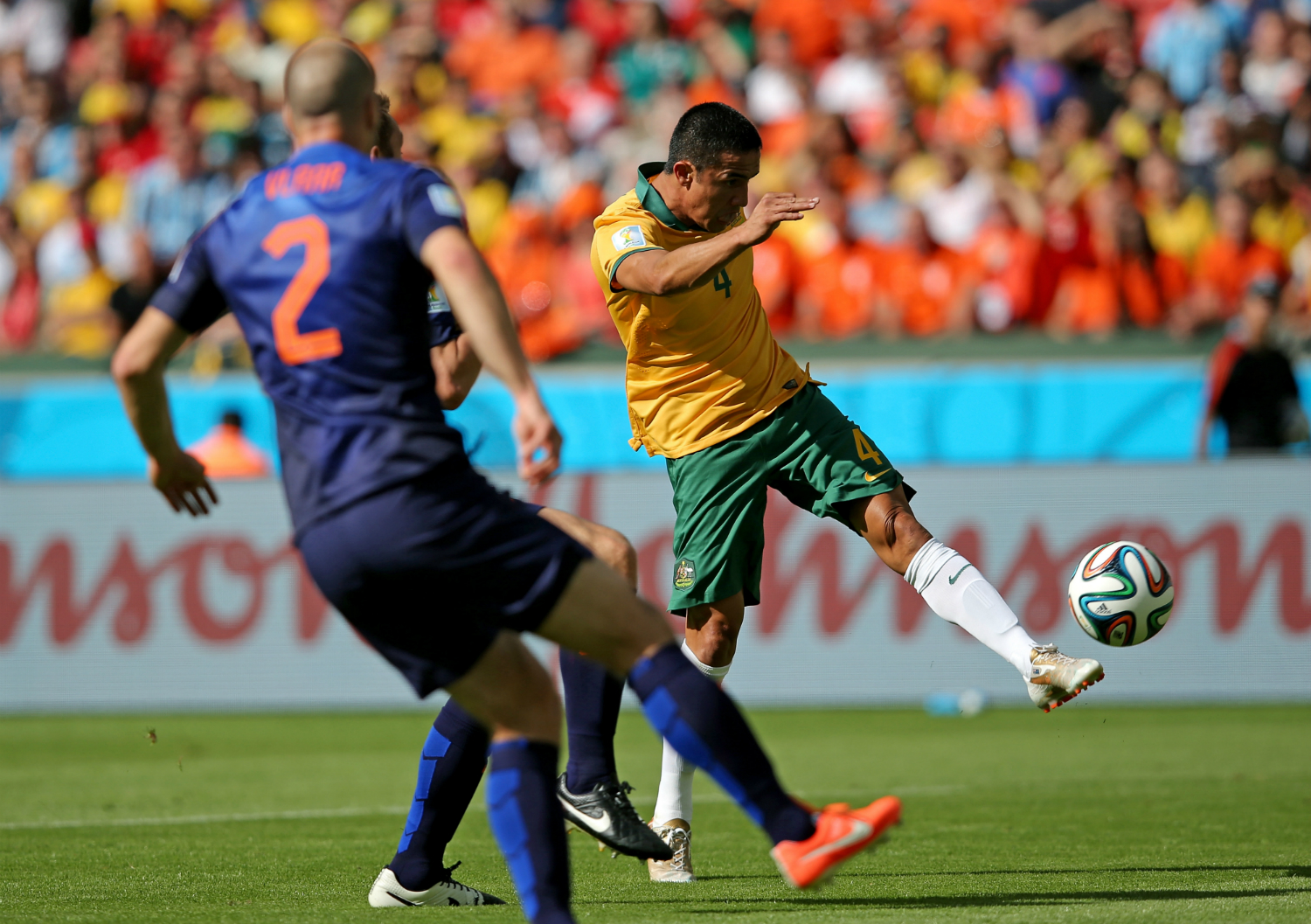