In hot and humid 29 degree conditions in Hanoi, Australia capitalised on their almost 70% possession to defeat Vietnam on Tuesday night (AEST).

Australia bossed possession in the opening stages of the match but their good work was almost undone when Vietnamese midfielder Nguyen Quang Hai lofted the first shot of the night over the bar.

Just minutes later, the Socceroos had the ball in the back of the net, but the linesman’s flag was raised because the cross rolled out of play before it was poked home from a goalmouth scramble.

After a lengthy VAR check for a possible Grant handball in the area on the half-hour mark, Australia was able to breathe a sigh of relief as the referee signalled to play on.

While Grant almost gave up a penalty at one end, the Socceroos right-back was perfectly positioned to header Ajdin Hrustic’s looping cross into the back of the net and hand Australia the advantage two minutes before half time.

A tense start to the second half saw the Socceroos have to cope with Vietnam’s advances after they began the brighter of the two sides as they looked to level the score.

Aaron Mooy and Aziz Behich were introduced by Arnold just before the hour mark to ensure the Socceroos kept a firm hold on the game.

With clear-cut chances few and far between in the second half, Mitchell Duke replaced Adam Taggart to provide Australia with a different focal point up front.

Vietnam then pushed for an equaliser, but they could not break down a resolute Socceroos defence.

With four minutes of regular time remaining, Australia had the ball in the back of the net once again as Duke cannoned the ball past Van Lam, but the flag was up for offside.

The final minutes saw Australia continue to frustrate their opponents as they confirmed yet another clean sheet and a historic tenth victory in a row on the road to Qatar 2022. 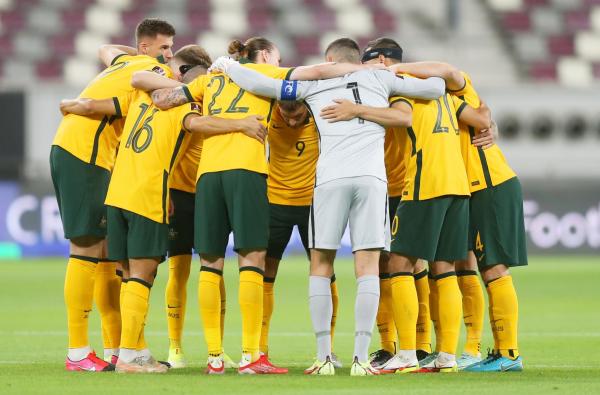 With Australia's final round of FIFA World Cup qualifying up and running, here is how international Socceroos fans can see the side in action.  While all Australian audiences can tune in live and free on Channel 10, broadcast rights are owned by various providers in different 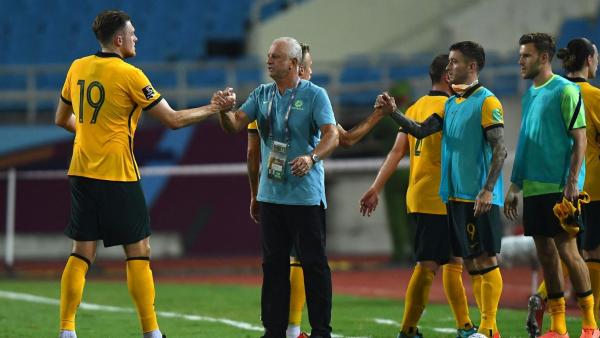 Socceroos coach Graham Arnold was full of praise for his side after they came away with all three points from their tricky encounter against Vietnam. Arnold was left pleased with his side's effort after a Rhyan Grant goal proved the difference in the humidity of Hanoi on Tuesd 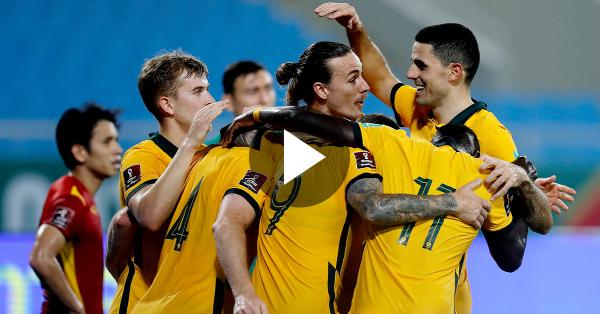 The Socceroos continued their winning start to Round 3 of FIFA World Cup qualifying, as they secured a hard-fought 1-0 victory over Vietnam.  The historic result was Australia's tenth-straight victory in FIFA World Cup Qualifying. Watch the highlights in the player above! 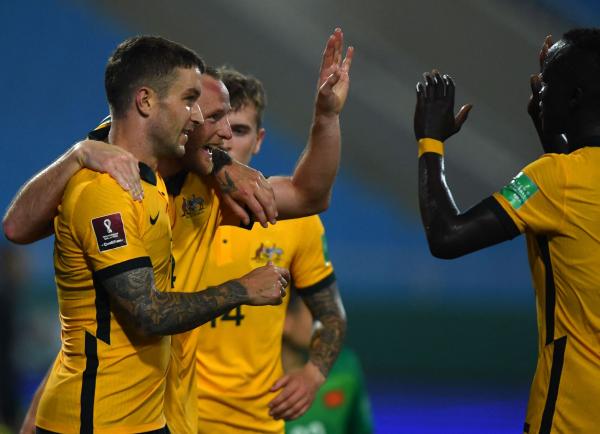 The Socceroos continued their winning start to Round 3 of FIFA World Cup qualifying, as they secured a hard-fought 1-0 victory over Vietnam.  In hot and humid 29 degree conditions in Hanoi, Australia capitalised on their almost 70% possession to defeat Vietnam on Tuesday night 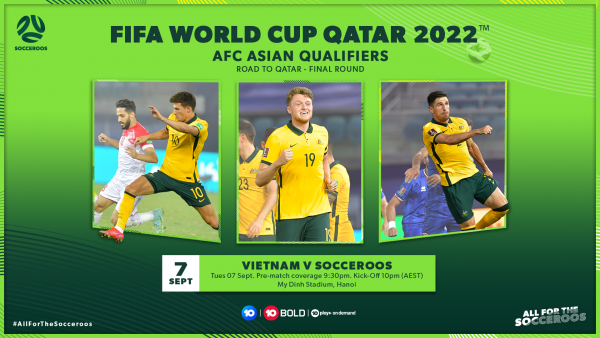 How to watch: Socceroos v Vietnam

After starting round three of Asian Qualifying with a bang in Doha, the Socceroos will head East to Hanoi where their Quest for Qatar continues. ... Following Thursday night's 3-0 win over China, Graham Arnold's side will be shooting for back-to-back wins to kick off the new phas

The Socceroos continue their FIFA World Cup Qatar 2022? qualifying campaign as they travel to Hanoi to face Vietnam at 10pm (AEST) on Tuesday.  The match, which will be played without fans at the My Dinh National Stadium, is the Socceroos' second qualifier in five days. 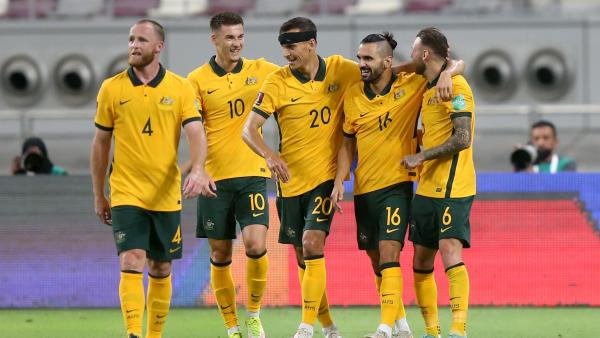 Ultimate Guide: Everything you need to know as the Socceroos take on Vietnam

After starting round three of Asian Qualifying in style with a 3-0 win over China, the Socceroos will shoot for two from two in Hanoi on Tuesday night. Here's everything you need to know as Australia prepare to take on Vietnam at 10pm (AEST) on Tuesday.  How to watch 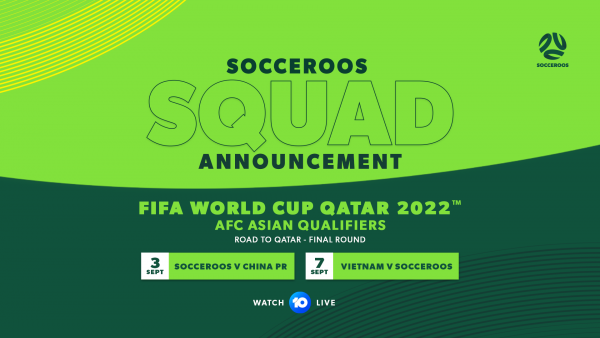