The Young Socceroos squad has been announced for the AFC U-19 Championship 2016 in Bahrain from 13-30 October.

Fresh from winning the AFF U19 Championship in Hanoi last week, Young Socceroos Head Coach Ufuk Talay has named 24 players who will travel to Bahrain with one to be omitted from the official 23-player squad for the tournament.

The squad comprises a mix of Hyundai A-League contracted and overseas based players, with six overseas players added to the squad that claimed the AFF U19 Championship.

The only significant absentee from the AFF U19 Championship squad is Kye Rowles who is out with a hamstring injury.

Talay is confident his team can take its impressive momentum from the AFF U19 Championship into the AFC U-19 Championship, which doubles as the qualifiers for next year’s FIFA U-20 World Cup. 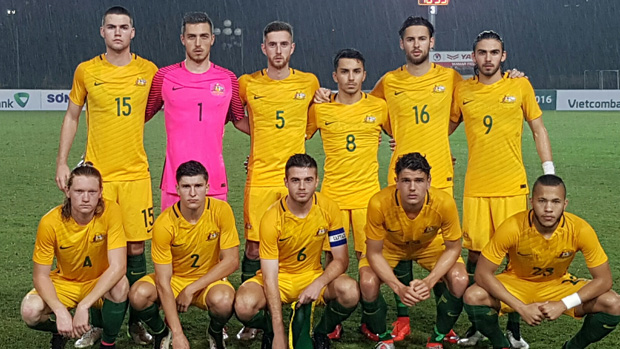 “It was great to win the AFF tournament and we’ll have a week in Dubai before we get to Bahrain which will be good to integrate the overseas players into the way we want to play,” Talay said.

“The AFF Championship was a great experience and opportunity to get games under our belt, so it’s going to be a tough challenge in Bahrain but we know where we need to get to and we’ll work hard to get there.”

“At these tournaments you have to rely on all 23 players. We’ve got a lot of depth in positions and a lot of talent on the pitch so that’s an advantage and a lot of these players have also spent time in the national setup so they know they way we want to play.”

The Young Socceroos are in Group D alongside Uzbekistan, China PR and Tajikistan for the AFC U-19 Championship Bahrain 2016.

The top two from each group progress to the Quarter Finals, with the four teams that reach the Semi Finals qualifying for the FIFA U-20 World Cup.

*One to be omitted