Football Federation Australia (FFA) can advise that is has received official confirmation from the Asian Football Confederation (AFC) that its AFC U19 Championship 2018 Group J Qualification matches will now be held in Hanoi, Vietnam in November.

Australia was originally scheduled to host Group J of the qualification process in Shepparton, Victoria, however the Federal Government’s decision not to grant visas to the team from DPR Korea forced AFC to move Group J to a neutral venue.

While disappointed not to host the AFC U19 Championship 2018 Qualification matches, FFA respects the Australian Government’s responsibility to make decisions on visa applications.

Alongside the Young Socceroos and DPR Korea, Group J includes the Northern Mariana Islands and Hong Kong. Australia needs to top Group J in Vietnam, or be one of the five best runners-up from the ten groups, to advance to next year’s AFC U19 Championship Finals which will be held in Indonesia.

The Young Socceroos squad will head to Hanoi on Wednesday 1 November 2017 and play Northern Mariana Islands in their first match on Saturday 4 November 2017. The team will play its second game against Hong Kong two days later, before completing the qualification process against DPR Korea on Wednesday 8 November 2017.

All of Australia’s matches will be played at Vietnam’s National Youth Football Training Centre.

FFA can also confirm the 23 players bound for Hanoi as part of Head Coach Ufuk Talay’s squad. All players in the squad are currently based in Australia, with 21 of the 23 players aligned to Hyundai A-League Clubs.

“It’s disappointing that we aren’t able to play these qualification matches in our own backyard, but it will be a great experience for the boys to play in Vietnam,” said Talay. “We’re looking forward to the challenge, and our aim is to secure three wins to guarantee qualification for next year’s AFC U19 Championship in Indonesia.”

“There is almost 12 months between the qualification phase and next year’s Championship proper, so this will give us a good window to prepare the squad should we successfully qualify,” concluded Talay. 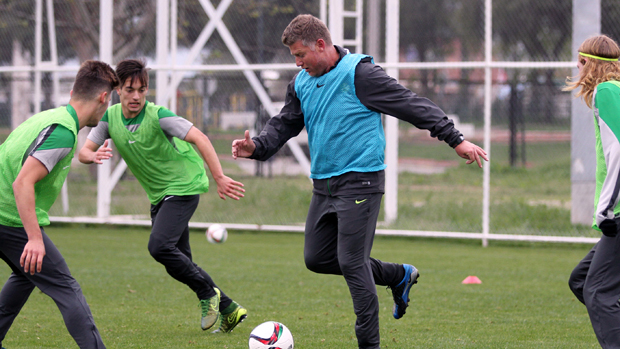