Statistically speaking, what are Australia's chances of progressing out of Group C at the 2018 FIFA World Cup?

With the draw now completed and Australia set to face France, Denmark and Peru at Russia 2018, the general reaction is it's a decent draw.

So, we checked out Opta’s World Cup Predictor to find out more.

First, what is this Predictor and how does it work?

It has been built using Opta’s extensive database of past international and World Cup matches and it calculates each team's attacking and defensive strength calculated based on past performances and several other World Cup specific variables.

For each game they can assign a likelihood to each potential result. For example, consider if Team A were playing Team B: the probability of a Team A win may be 20%, a draw 30% and a Team B win 50%.

Which matches are the attacking and defensive strengths based on?

The team's attacking and defensive strengths are based on all official results from the four years before the World Cup.

In addition, these strengths are based on results at the previous two World Cups (2010 and 2014).

Based on historical World Cup results they have calculated the effects of several additional factors. They include two “home advantages”: one for the host nation and another for all the teams from the host confederation (in this case UEFA).

What does the model miss?

The model does not include any player specific information because the Predictor doesn't know the squads for the tournament yet.

If Messi were to get injured tomorrow Argentina’s chances of winning the World Cup would decrease significantly but our model wouldn’t internalise this until Argentina start playing more matches and suffer as a result of missing Messi.

Here’s what the Predictor came up with for Australia and Group C.

And it's encouraging news for Caltex Socceroos fans. 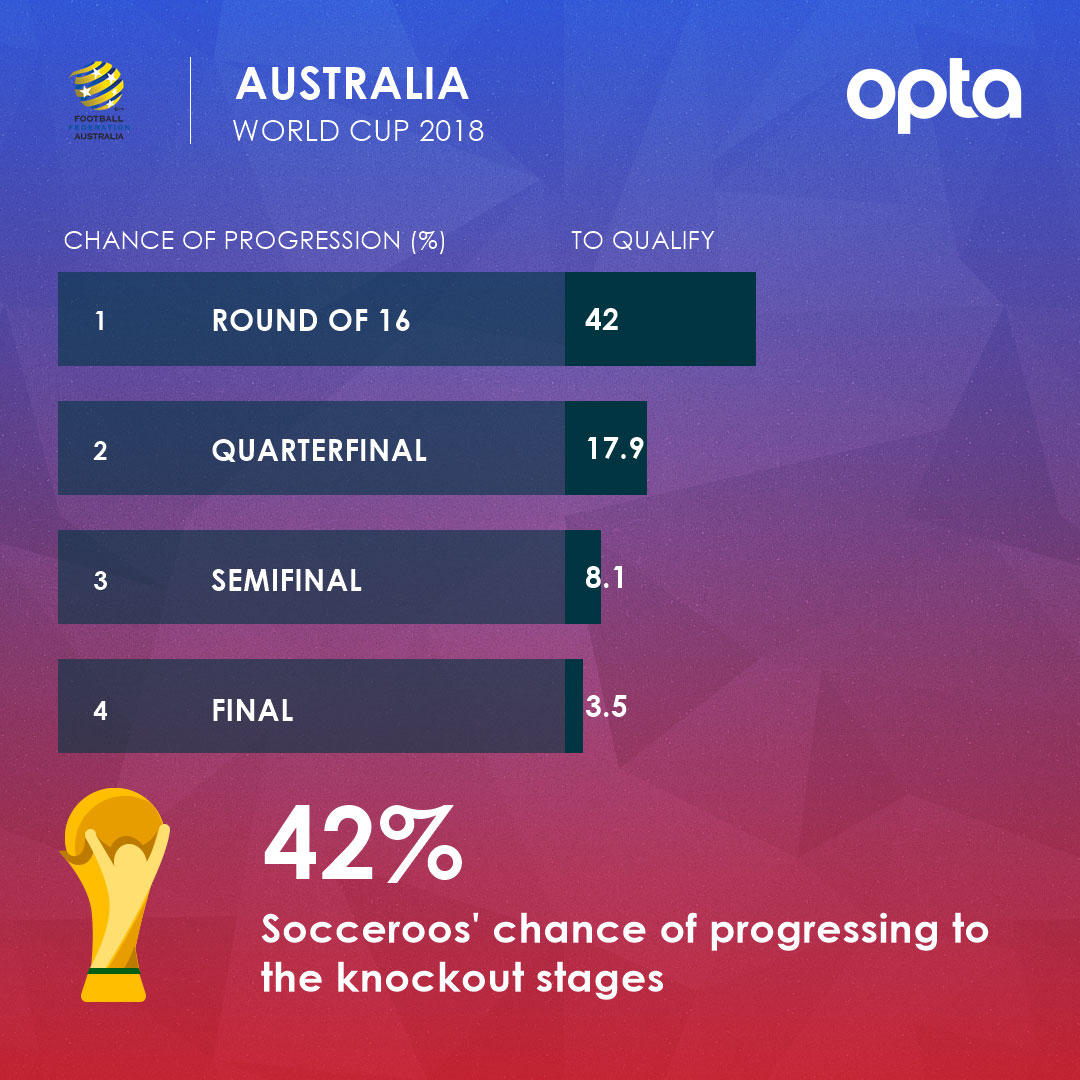 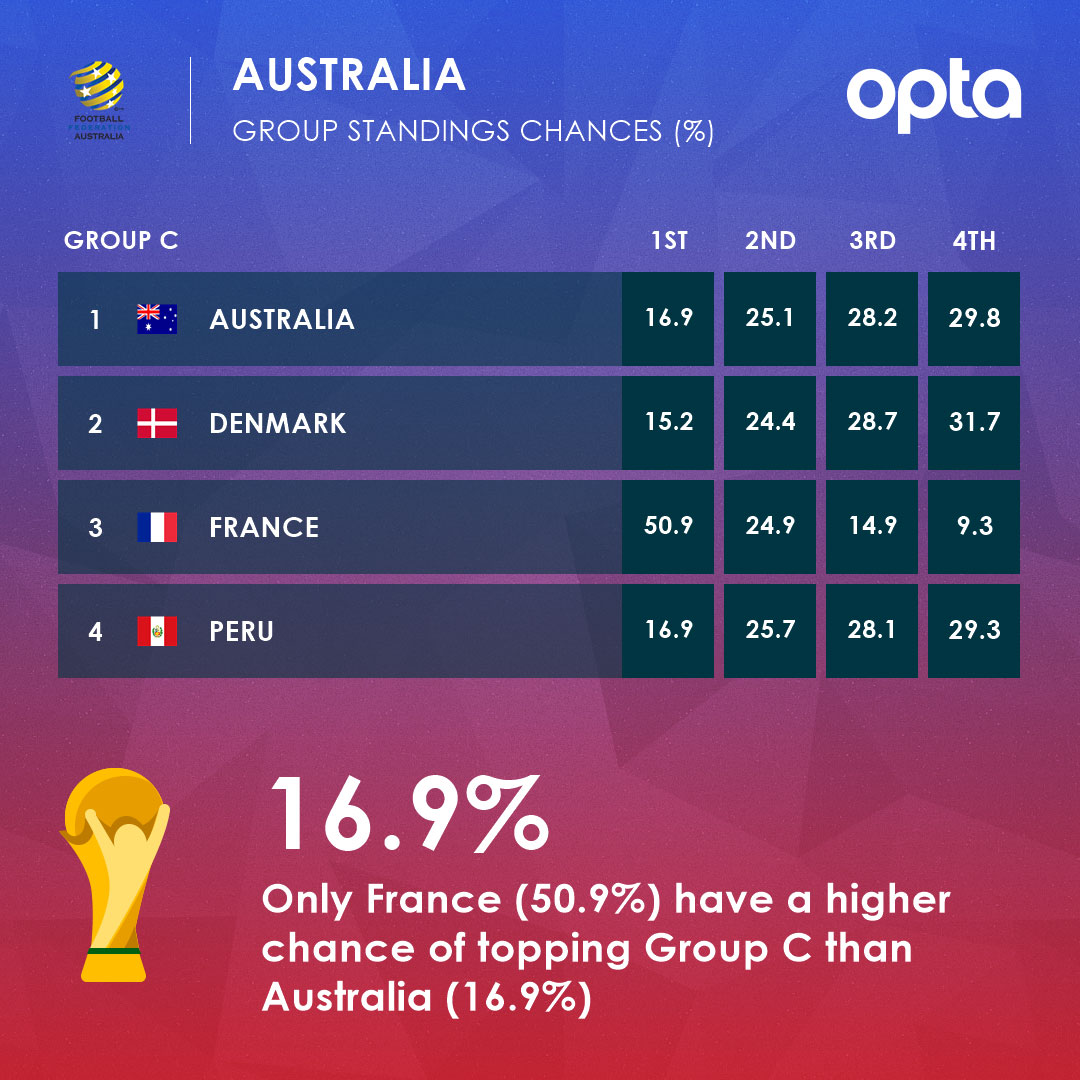 And with Australia having the experience of playing in Russia at the 2017 Confederations Cup, there's no reason why the Socceroos should fear this group.

However, these stats underline the importance of a good result against France in the group opener.

With France the most likely to go through in first spot, a positive result could be the springboard for a successful group stage.

Australia's group fixtures are below. 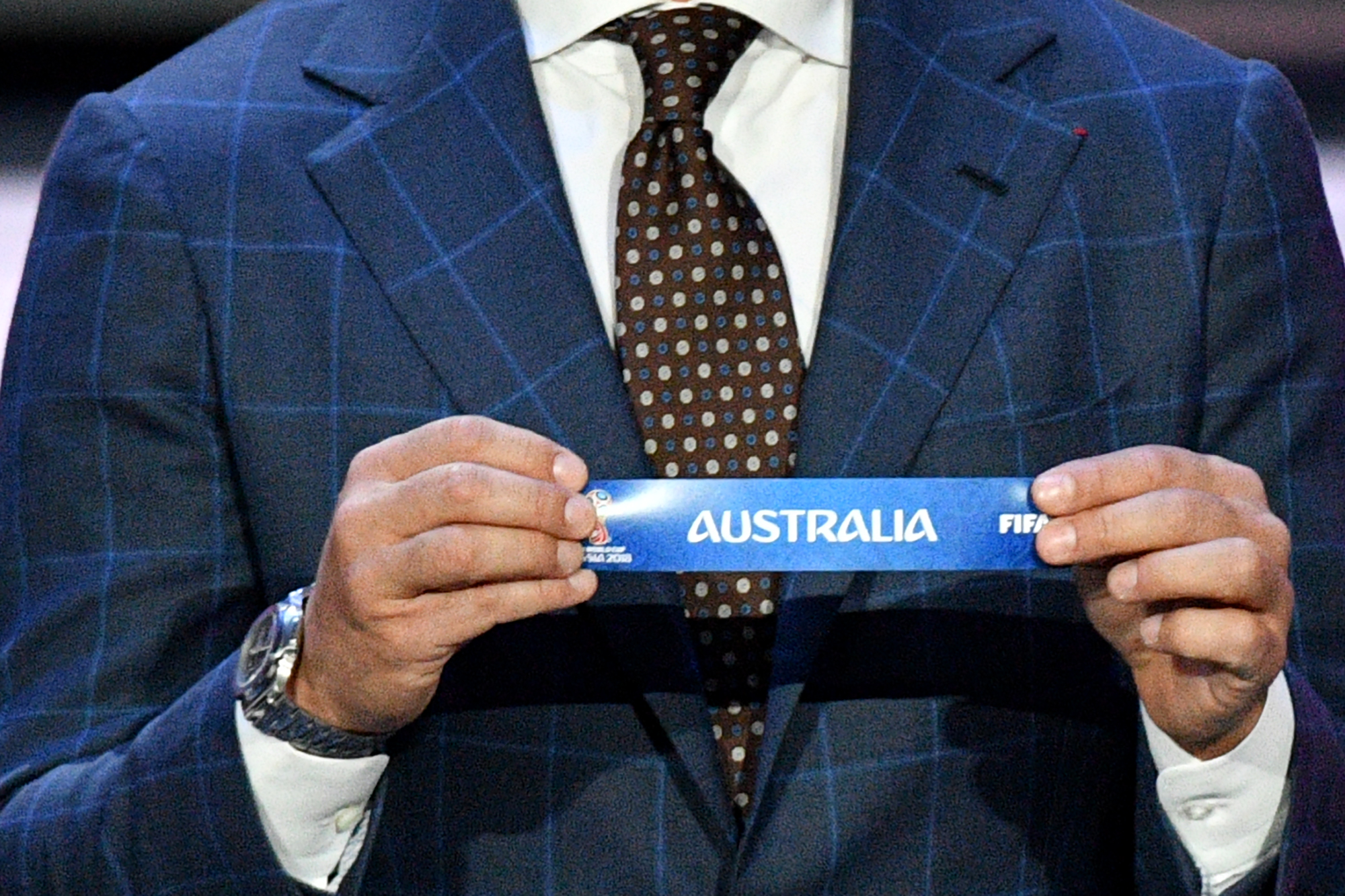