The challenges keep coming for Mat Ryan with Australia's star shot-stopper set to face a Premier League powerhouse this weekend.

Several big-name Caltex Socceroos are also preparing to square off in a Scottish Premiership match with major title ramifications.

Get across those games and find out when and where the rest of the overseas members of the squad are in action this weekend!

All kick-off times are AEDT.

Hazard ahead for Ryan and Brighton

Attention in the Premier League centres squarely on Mat Ryan following confirmation Aaron Mooy is set for a spell on the sideline.

As the midfielder watches Huddersfield Town host Newcastle United, goalkeeper Ryan's focus will be on helping Brighton and Hove Albion bounce back from their loss at Burnley.

The Seagulls are chasing a third win in four matches when they return to Amex Stadium at 12:30am on Monday (AEDT), although it won't come easy against a Chelsea side fresh from toppling Manchester City.

The match will be broadcast live on Optus Sport. 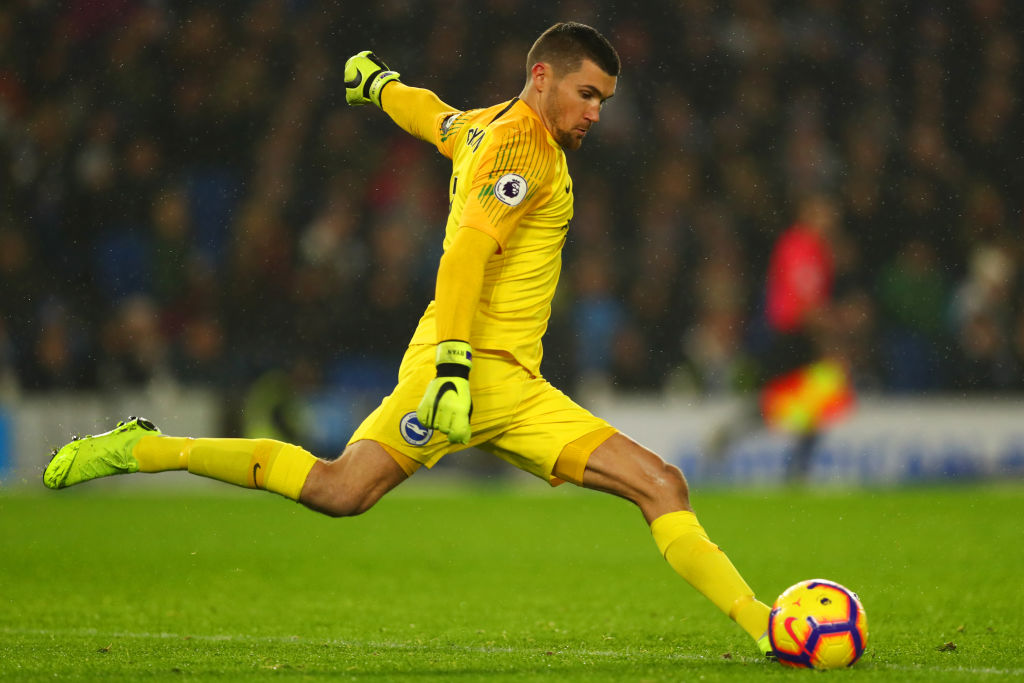 Beaten by Leeds United last time out, Queens Park Rangers have the chance to make amends against another Championship promotion candidate when sixth-placed Middlesbrough visit at 2am on Saturday.

Massimo Luongo is an ever-present in midfield for the Rs and will be in the thick of it at Loftus Road.

Fellow midfielder Jackson Irvine is in action at the same time as Hull City host Brentford.

The Tigers, 19th after 21 matches, can climb above their opponents with a win.

Aussie loyalties will be set aside in a massive Scottish Premiership clash between Hibernian and Celtic at 11:30pm on Sunday.

Tom Rogic, who played 62 minutes in last weekend's 5-1 thumping of Kilmarnock, looms as a key man for the Bhoys in their bid to open a gap at the top.

He could have Mark Milligan for company in midfield, Jamie Maclaren - a scorer in this fixture last season - and four-goal Martin Boyle are all likely to have big roles to play if Hibs are to cause a boilover.

He's started two on the trot and, after impressing in the 1-1 draw away to Inter Milan in the UEFA Champions League, Trent Sainsbury will refocus on the Eredivisie trip to fifth-placed Heracles.

Aziz Behich could also come into contention for the Sunday morning (5:45am) match.

In Germany, Mathew Leckie is it and ready to help Hertha Berlin to a third win on the spin against struggling Stuttgart (Sunday 1:30am), while Robbie Kruse is battling an injury problem ahead of VfL Bochum's fixture against Union Berlin (Saturday 11pm).

Tomi Juric is also in some doubt for Luzern's meeting with St Gallen in Switzerland (Monday 2am), but Mustafa Amini will expect to be involved in AGF's home date against Hobro (Tuesday 5am) in Denmark.

Meanwhile, in Austria, a big local derby is on the menu for James Jeggo as his Austria Wien seek to extend the four-point gap they hold over city rivals Rapid Wien (Monday 3am).

There are 10 regular season matches remaining in the Serbian SuperLiga and Milos Degenek's Red Star Belgrade, having drawn the curtain on their UEFA Champions League campaign, boast a nine-point buffer leading into the game at Cukaricki (Sunday 1am).

The defender isn't the only Caltex Socceroo firmly in title contention - KRC Genk and Danny Vukovic take a four-point advantage into a winnable Belgian Pro League encounter against Oostende at 4am on Monday.

In-form Awer Mabil is also on the silverware trail with his Midtjylland side just three points shy of Danish Superliga leaders Copenhagen leading into a crucial contest away to fifth-placed fifth-placed Horsens at 12am on Monday.

There's one current Caltex Socceroo still active in Asia after the J.League season came to an end for Mitch Langerak and Andrew Nabbout, the latter capping an injury-interrupted campaign by claiming the Emperor's Cup.

Matthew Jurman and Al-Ittihad are doing it tougher in the Saudi Pro League with Slaven Bilic's side seeking their first win away to Al-Batin at 1:45am on Saturday.