When Australia won their first international trophy in war-torn Vietnam

Joe Vlasits’ youthful outfit brushed aside more than their fair share of off-field drama to embark on a remarkable unbeaten run and capture the title.

Just like in the 2015 Asian Cup, it was a strong South Korean side who awaited Australia in the decider.

Before that, they negotiated the group stages with a 5-3 defeat of New Zealand and 5-1 rout of Singapore, alongside a controversial 1-0 victory over the host nation South Vietnam.

The tournament was valued so highly that the Vietnamese Vice-President Nguyen Cao Ky entered his nation’s change room at half time to offer the players six months’ salary in exchange for victory.

But Australia prevailed 1-0 thanks to a 35th minute Warren goal that was greeted by an eerie silence.

This silence was soon succeeded by a hostile reception that nearly descended into a riot post-game.

“I can recall that when we beat Vietnam, the crowd got a bit hostile after the game, throwing rocks at our bus,” Attila Abonyi said.

“We did have to stay in the dressing room for a good half an hour after the game. It was quite a hair-raising situation.”

The inexperienced team edged their way past Malaysia 1-0 after extra time in the semi-final to secure a meeting with Asian heavyweights South Korea in the decider.

The match itself almost did not kick off after the team received word that a small contingent of Australian troops who had supported them throughout the entire competition were bizarrely refused entry to the stadium.

The situation was immediately reconciled by loose threats of a boycott from the Australian camp.

“I can still remember the sensation of hairs standing up on the back of my neck as I stood in the tunnel,” Johnny Warren wrote.

While the thrill of playing in front of a packed-out stadium was great enough, they were shocked by what awaited them out on the pitch.

Australia were greeted by an almighty roar from the raucous home support – after their nation was eliminated, they had passionately switched their allegiance to the Green and Gold.

“It was unbelievable,” Gary Wilkins reflects.

“After we put (South Vietnam) them out, we were surprised to hear how they fell in love with the Aussies.”

“It was one of those moments that I knew I was going to remember for the rest of my life,” Warren wrote.

In a goal-packed match befitting of its chaotic backdrop, Australia found themselves trailing inside a minute.

Strikes from Billy Vojtek and captain Warren eventually turned the tides in favour of Vlasits’ men.

South Korea refused to lie down and pulled one back inside the final ten minutes, before a third Australian goal courtesy of competition top-scorer Abonyi all but sealed a 3-2 triumph.

“That was a fantastic result,” Wilkins says.

“It was a great atmosphere, a good tough game and the field was full of mud.

“After what we’d experienced, to win the final was just the icing on the cake.” 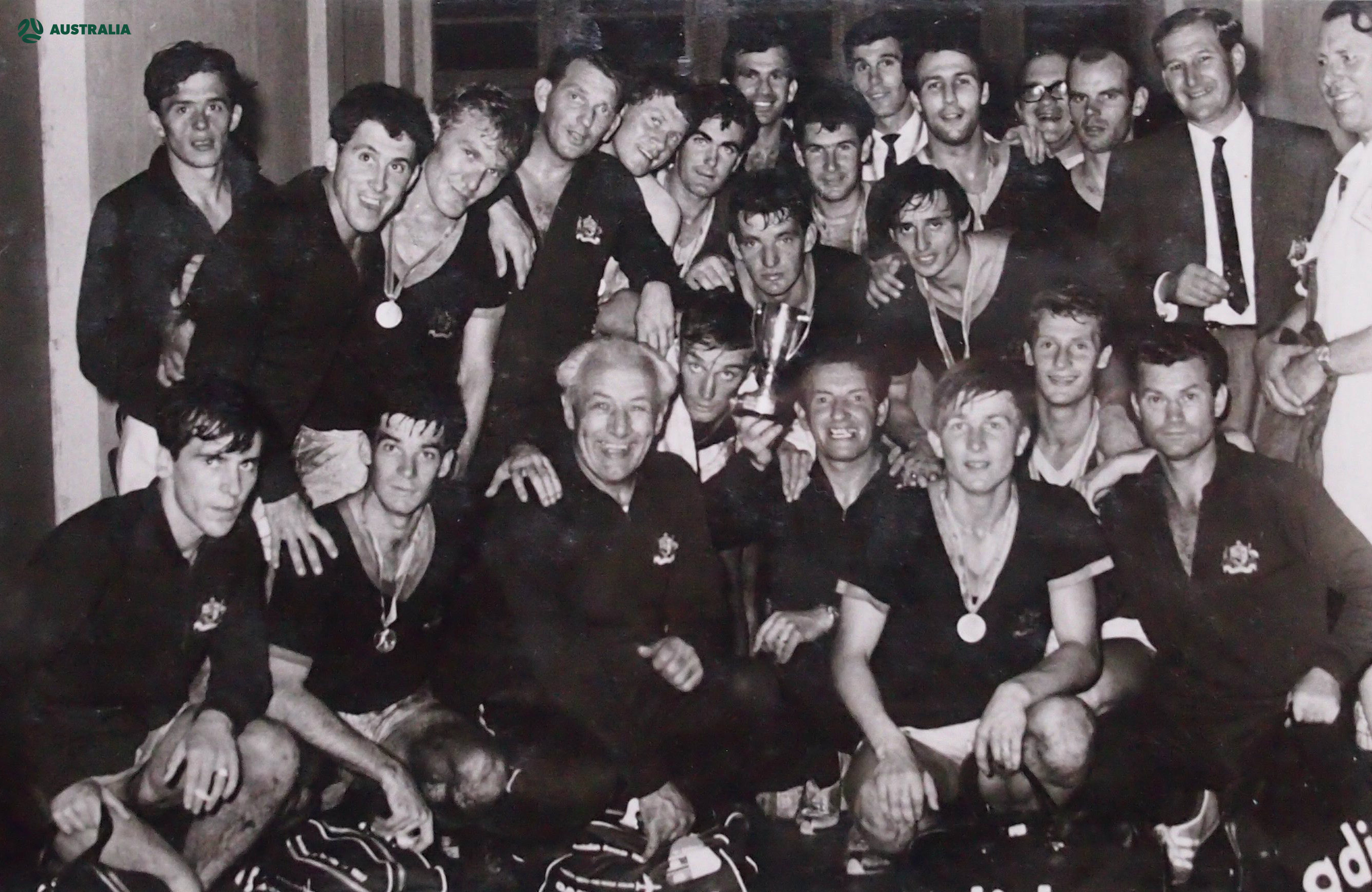 “We did play some decent sides along the way,” Abonyi adds.

“South Korea are always a powerhouse no matter what the era and to beat them in the final was something hard to imagine but we did.”

Rale Rasic, who succeeded Vlasits as Socceroos boss three years later, travelled to Vietnam in 1970 and 1972 while the war was still active.

“In those conditions, there were many obstacles that you had to learn to overcome,” he says.

“It wasn’t football full stop: there was the crowd, atmosphere, climate, food and fear of living in a warzone.”

Wilkins, who like the majority of the squad made his international debut in Vietnam, explains how the achievement is even greater considering the team’s amateur backgrounds.

“As a squad we were not professional footballers, but butchers, bakers and candlestick makers – there was a real mix!”, he says.

“To come together like we did and become such a tight squad of players was unbelievable.

“I've never experienced a squad that was so together in the rest of my career and I'm still involved with football today.

“It did surprise us when we came back undefeated but when you looked at the quality of player we had, not knowing what to expect over there to play against, and the togetherness we had, it's no surprise that we did get the result.”

READ MORE: 'We were young and bulletproof': the 1967 Socceroos reflect on when they went to war