Aaron Mooy is set to get a first-hand view of the impressive new Tottenham Hotspur Stadium in the English Premier League, as title pressure descends on several Caltex Socceroos.

Danny Vukovic, Awer Mabil and Milos Degenek are among the men chasing silverware in the latter stage of the season and we have got the details of when and where they will be in action.

Read on for a full rundown of what's ahead for our overseas Aussie stars this weekend.

Aaron Mooy will aim to score for the second game in succession when, on Saturday night, Huddersfield Town visit a Tottenham team buoyed by their midweek UEFA Champions League victory over Manchester City.

Star midfielder Mooy converted from the spot against Leicester City last weekend and is now one goal away from equalling the four he hit in his debut Premier League season.

Huddersfield's relegation to the second tier has already been confirmed, but with five games left to play they can still overhaul Fulham and climb off the foot of the ladder.

Kick-off at the new Tottenham Hotspur Stadium is at 9:30pm (AEST).

The Seagulls can take confidence from pushing Pep Guardiola's men close in the FA Cup semi-finals last time out and know a win would go a long way towards guaranteeing their top-flight status for another year.

Both Premier League matches can be seen on Optus Sport.

Meanwhile, in the Championship, there's a crunch match in store for Jackson Irvine as his Hull City head to playoff-chasing rivals Middlesbrough on Saturday night (midnight AEST).

Massimo Luongo and QPR are in action at the same time, with Swansea City their opponents at Loftus Road as they aim to ease away from relegation worries.

Tom Rogic could make his second straight start since returning from injury when Celtic take on Aberdeen in the Scottish Cup semi-final on Sunday night (11:00pm AEST).

The playmaker came through 71 minutes against Livingston unscathed last time out, and ex-Hoops favourite John Hartson thinks the Aussie could be a key figure at Hampden Park.

"Rogic is a big-game player – he is a strong lad, he gets you up the pitch, he is a real thoroughbred," Hartson wrote in the Glasgow Evening Times.

Celtic's next Scottish Premiership fixture is on the road to Hibernian, home to Mark Milligan and Martin Boyle. Hibs have the weekend off.

Games don't come much bigger for Danny Vukovic and KRC Genk than a top-of-the-table clash with Club Brugge at 2:00am on Monday morning (AEST).

Genk are one point clear of the Belgian Pro League title-holders after three of 10 matches in the championship-round of fixtures and know a home victory at this stage could carry them to their first title triumph since 2010/11.

PSV are locked in a similarly tight title race in the Netherlands – Mark van Bommel's men trail Ajax on goal difference with five games to go.

Trent Sainsbury and Aziz Behich could be considered for the game against relegation-threatened De Graafschap (8:15pm Sunday, AEST) after watching from the bench as their teammates drew 3-3 at Vitesse last time out.

Elsewhere in the Eredivisie, Alex Gersbach's NAC Breda have a vital match in their fight for survival at home to Emmen (4:00am Saturday, AEST).

Awer Mabil's Midtjylland are five points off leaders Copenhagen in Denmark, a situation that could change with a win at Odense Boldklub at 2:00am on Monday (AEST).

Mustafa Amini and AGF travel to SonderjyskE at 3:00am on Tuesday (AEST).

In Germany, Mathew Leckie will hope to build on the 78 minutes he played against Fortuna Dusseldorf as Hertha Berlin visit Hoffenheim (9:30pm Sunday, AEST).

Robbie Kruse and VfL Bochum have a 2. Bundesliga date with fellow mid-table team Greuther Furth at the same time.

In nearby Austria, James Holland's Austria Wien must contend with a trip to fourth-placed Wolfsberg (10:30pm Sunday, AEST), while Cyprus-based Apostolos Giannou – fresh from his sixth competitive goal of the campaign – and AEK Larnaca venture to AEL on Sunday night (midnight AEST).

Al Hilal are second in the Saudi Pro League, one point shy of top spot, and Milos Degenek will hope to help his team to a positive result away to fifth-placed Al Ahli at 3:45am on Saturday (AEST).

Matthew Jurman could give his Caltex Socceroos team-mate a huge helping hand, with his Al Ittihad side on the road to ladder-leaders Al Nassr at 1:50am on Sunday (AEST).

Over in Japan, Mitch Langerak's Nagoya Grampus will look to make it five wins in seven at the start of the new season as they venture to Yokohama F Marinos (8:00pm Saturday, AEST), while Andrew Nabbout's Urawa Reds are away to Gamba Osaka (5:00pm Sunday, AEST).

Grant's huge week rolls on in the Hyundai A-League

If the Sky Blues fail to win, Chris Ikonomidis and Perth Glory could wrap up the Premiers Plate by bettering Sydney's result when they face Newcastle Jets at HBF Park on Sunday (7:00pm AEST).

Jamie Maclaren's Melbourne City have the chance to boost their top-four aspirations in a home game against Adelaide United (5:35pm Saturday, AEST). 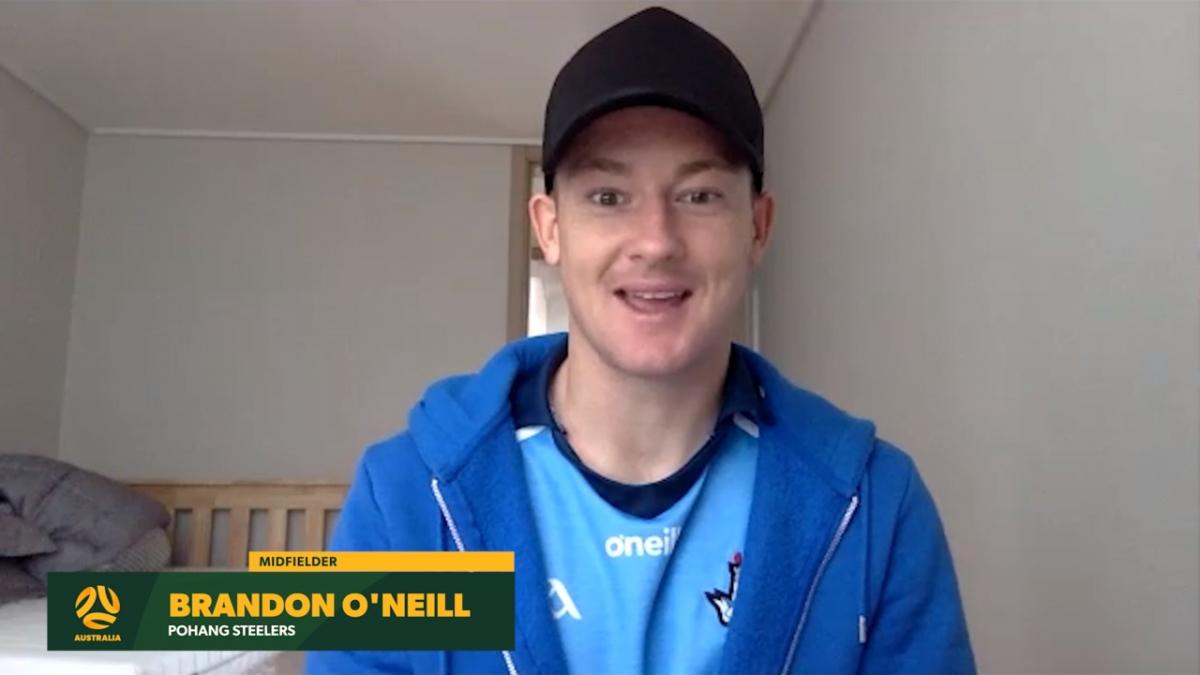