Could Daniel Arzani get his Celtic debut this weekend?

That’s the question on everyone’s lips as we look forward to another big weekend of action for our overseas Australians.

KOREA REPUBLIC: Three players to watch ahead of November friendly

The Caltex Socceroos teenager isn’t the only one on the hunt for a debut this weekend, while Mathew Leckie will be looking to have his name up in lights as the Bundesliga commences.

Read on to find out when our Caltex Socceroos are in action!

ALL KICK OFF TIMES AEST

Spotlight on Leckie in Bundesliga return

After starring in the FIFA World Cup, Caltex Socceroos flyer Mathew Leckie is back in Bundesliga action as Hertha Berlin start the new campaign at home to Nurnberg. Leckie netted five times in Hertha’s 10th placed finish last season, and will be looking to get off to a flying start at 11.30pm on Saturday.

There will be no debut for Freiburg’s Brandon Borrello, of course: the recently signed Freiburg man is still recovering from the effects of a torn anterior cruciate ligament injury, and is targeting a Christmas return for the Black Forest club.

Freiburg, who finished 15th in the Bundesliga last campaign, will kick off the new season at home to Eintracth Frankfurt at 11.30pm Saturday. 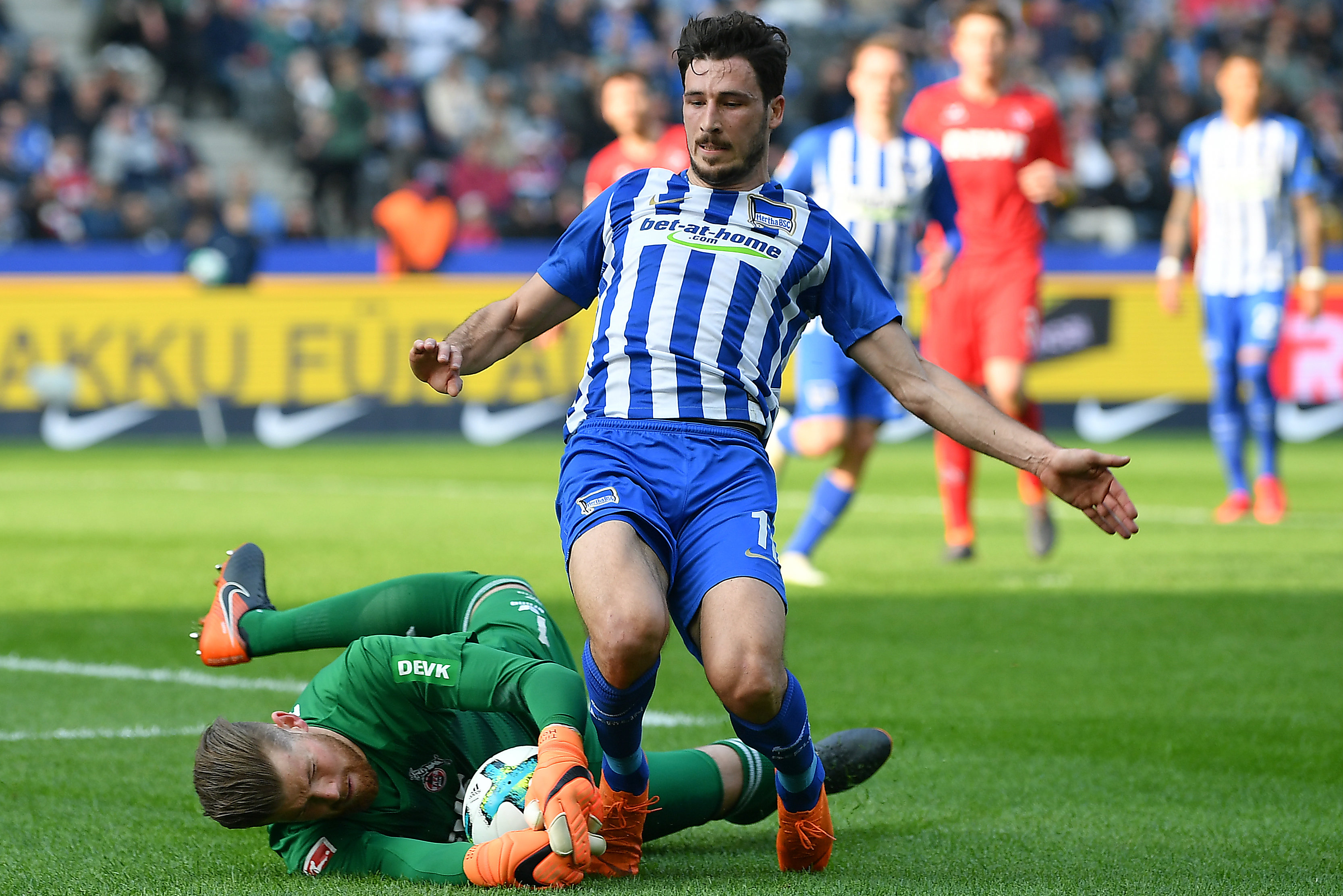 The return of Aaron Mooy will come as a huge bonus for Huddersfield Town, as David Wagner’s men prepare to welcome newly-promoted Cardiff. Mooy was absent from the Terriers’ 6-1 defeat to Manchester City last weekend following the birth of his newborn son, and will be raring to go come 12.00am Sunday morning.

Matt Ryan and his Brighton and Hove Albion side might still be buzzing after their shock 3-2 win over Manchester United last weekend, but they’ve been handed another tough assignment away to Liverpool at 2.30am on Sunday.

Massimo Luongo’s Queens Park Rangers have endured a torrid start to the Championship season, but they’ve got a great opportunity to turn it all around against Wigan Athletic.

The two sides will face off at Loftus Road at 12.00am, Sunday morning.

There are four other Aussies in action at the same time, with Aston Villa’s Mile Jedinak hosting Reading, Bailey Wright’s Bristol City taking on Swansea City in Wales and Hull City’s Jackson Irvine travelling to the Britannia Stadium to take on Adam Federici’s struggling Stoke City.

James Meredith has enjoyed a strong start to the league campaign with Millwall, and he’ll be looking to keep their momentum going when the Lions travel to Rotherham United on Sunday 9.30pm.

Scottish Premiership: two debuts on the cards for Caltex Socceroos?

Mark Milligan will be on the hunt for a debut when Hibernian host Aberdeen on Sunday morning 12.00am. The veteran midfielder joined national teammate Jamie Maclaren in Edinburgh last weekend, and could be in the running for his maiden showing at Easter Road.

He’s not the only Australian waiting for his Scottish Premiership debut, but it looks like Daniel Arzani might have to wait a little longer for his Celtic unveiling.

The Scottish champions take on Hamilton at home on Monday morning at 12.00am, but Celtic manager Brendan Rodgers said the showdown could come too early for the Caltex Socceroos teenager.

"He’s a really good boy and hungry to do well. He’s obviously a bit behind in terms of fitness, naturally, because he’s only just joined and hasn’t had the chance to play since the World Cup." Rodgers told media earlier in the week.

While the wait for Arzani’s debut may be prolonged, one man who is first name on the team sheet is Tom Rogic. The attacking midfielder was in sensational nick in last weekend’s League Cup win over Partick Thistle and will be the go to man as Celtic look to gather league momentum.

Ben Garuccio, Ryan Edwards and Oliver Bozanic will all be contention as Hearts travel to Kilmarnock at Sunday 12.00am.

Rest of Europe: Sainsbury to feature for PSV?

Could Trent Sainsbury run out for PSV for the first time this weekend? The Caltex Socceroos defender has not yet appeared for Mark van Bommel’s side, but he’ll be in the running for the trip to Zwolle at 4.45am on Sunday morning.

Elsewhere, Danny Vukovic will return between the sticks for Genk as they continue their Belgian League campaign at home to Waasland-Beveren on Monday morning, 4.00am.

It comes fresh after a 5-2 victory over Brondby in their UEFA Europa League qualifying first leg match earlier this morning.

Vukovic has kept two clean sheets from four matches for Genk in the league, who currently sit second on the table behind Anderlecht.