With the Hyundai A-League set to return, we give you a rundown of some Socceroos set to feature across the competition ahead of its restart on July 17.

Check out how they have performed so far this season and what their club needs to achieve to earn a spot in the Finals Series.

Duke has amassed 21 appearances for the Wanderers this campaign and has 11 goals to his name.

The Wanderers captain sits in equal fifth on the goals leaderboard and is the highest scoring player for his club.

His best moments this season have come against cross-town rivals Sydney FC with two of his goals against the reigning champions proving to be crucial.

The 29-year-old scored the decisive goal in the first derby back in October while a thumping header in their second match-up sealed back-to-back derby victories for his side.

Western Sydney sit in 8th position on the league ladder and are only one point off the top six.

Their first two games back against Victory and the Mariners will be crucial with both sides sitting below them on the table.

Their goal difference is quite strong compared to the teams around them however to make the top six and qualify for finals football they will most likely need to claim the three points in their final match against Western United who currently occupy 6th position.

Maclaren has been in red hot form in front of goal this season and leads the goalscoring charts with 18 goals from 20 appearances this season.

The City striker hit the ground running at the start of the season and had nine goals after the first seven rounds.

Even more spectacular, was the fact that he featured in only four of those seven fixtures with either international duty or injury ruling him out of selection for the games he missed.

His winner against the Wanderers in round seven equalled a 25-year-old record of scoring nine goals in four matches.

A sweet moment for the striker also arrived in the previous round when he notched a hat trick against one of his former sides Brisbane Roar.

City are situated in 2nd on the ladder however, they had played the most matches before the enforced break (23), which means that every side has at least a game in hand over them.

To secure a top two finish they will have to win their remaining fixtures and bank on Phoenix slipping up in their matches. 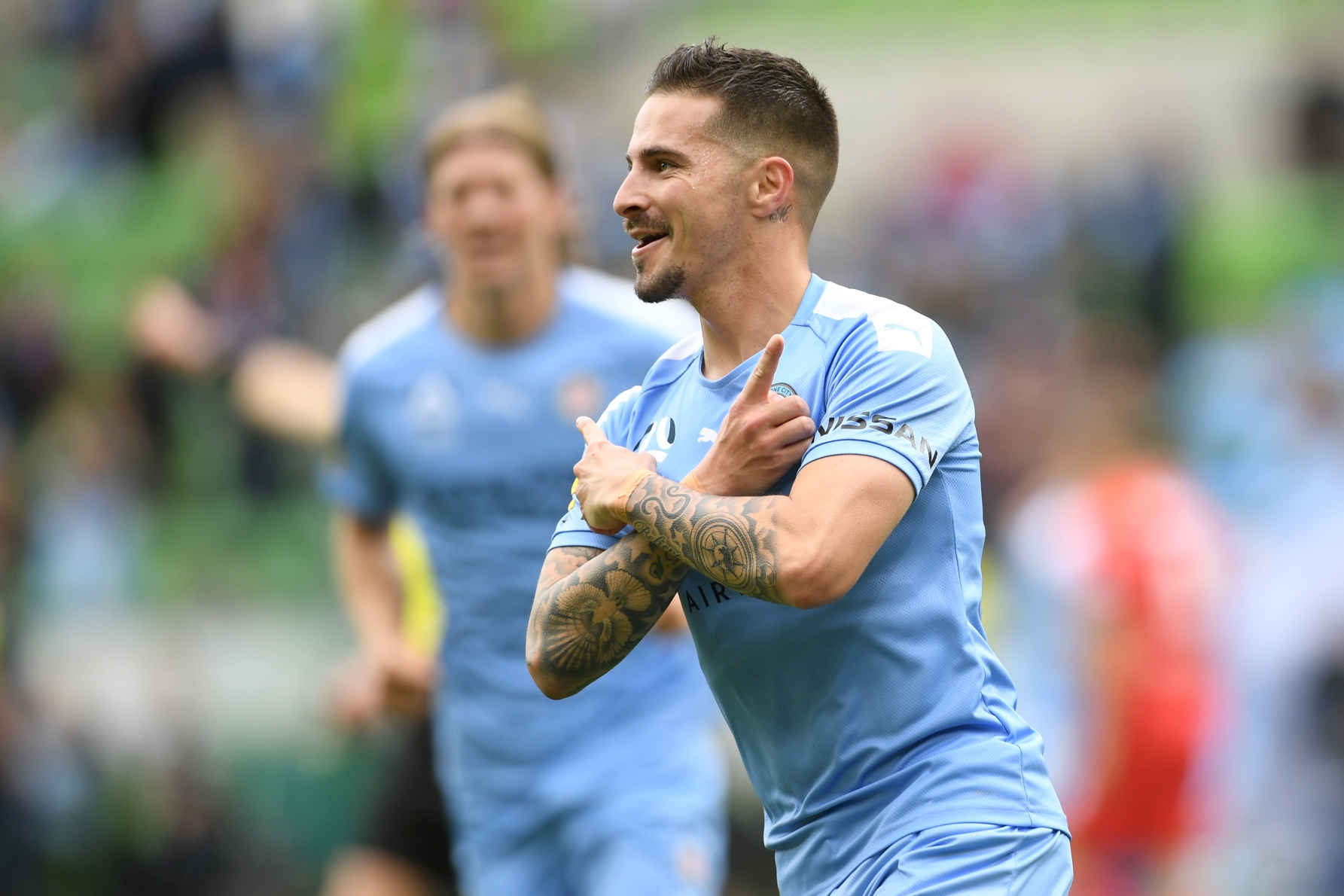 Grant has had yet another standout campaign for the Sky Blues, amassing 17 appearances and scoring one goal against Wellington prior to the competition’s suspension.

His winner against the Phoenix in round two will go down as one of his league highlights thus far.

Sydney sit top of the table with 48 points and hold an eight point lead over nearest challengers Melbourne City while the reigning champions also have three games in hand over City. 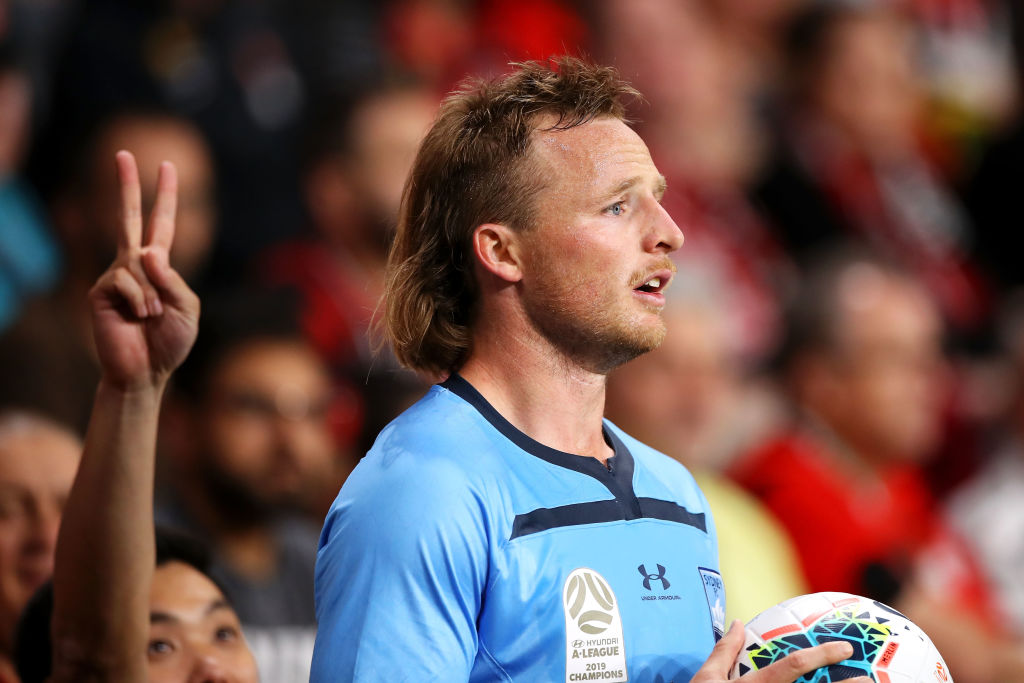 Their first match against Wellington could prove to be tricky with the men from across the ditch on a four game winning streak before the league was suspended.

Keep an eye out for their fixture against City in a few weeks’ time with that match likely to give a strong indication of where these two sides stand ahead of the finals series.

The Jets midfielder has been instrumental for his side this campaign, in his 22 appearances he’s managed to register eight assists and leads the league in that category.

His best moment of the season would have to be the brace he scored against fierce rivals Central Coast in their thrilling 4-3 victory in February.

The 27-year-old opened the scoring with a close range effort in the first quarter of an hour before he scored his side’s third with a half volley on the edge of the 18-yard-box shortly after the 50th minute mark.

Newcastle occupy 9th position on the table, however only three points separates them from the coveted top six.

Their first match against Sydney will prove to be a tough one however they are more than capable of taking a point away from that fixture and going on to win their remaining three matches.

Both Western and Wellington will prove to be a challenge, but home advantage may play in their favour and get them over the line.

Risdon sits second on the leaderboard for assists with seven from his 16 appearances this season.

The move to Western has seen him recapture the form that we have all become accustomed to seeing from the right back.

United occupy sixth position on the ladder and have at least a game in hand on all the sides below them on the table.

As it stands ahead, only goal difference puts them above Adelaide for the time being while only a solitary point separates them from the eighth placed Wanderers.

Their remaining six matches see them face off against four sides in the top six, so it looks like it will go down to the wire for Mark Rudan’s side as they look to book a place in the finals in their inaugural season. 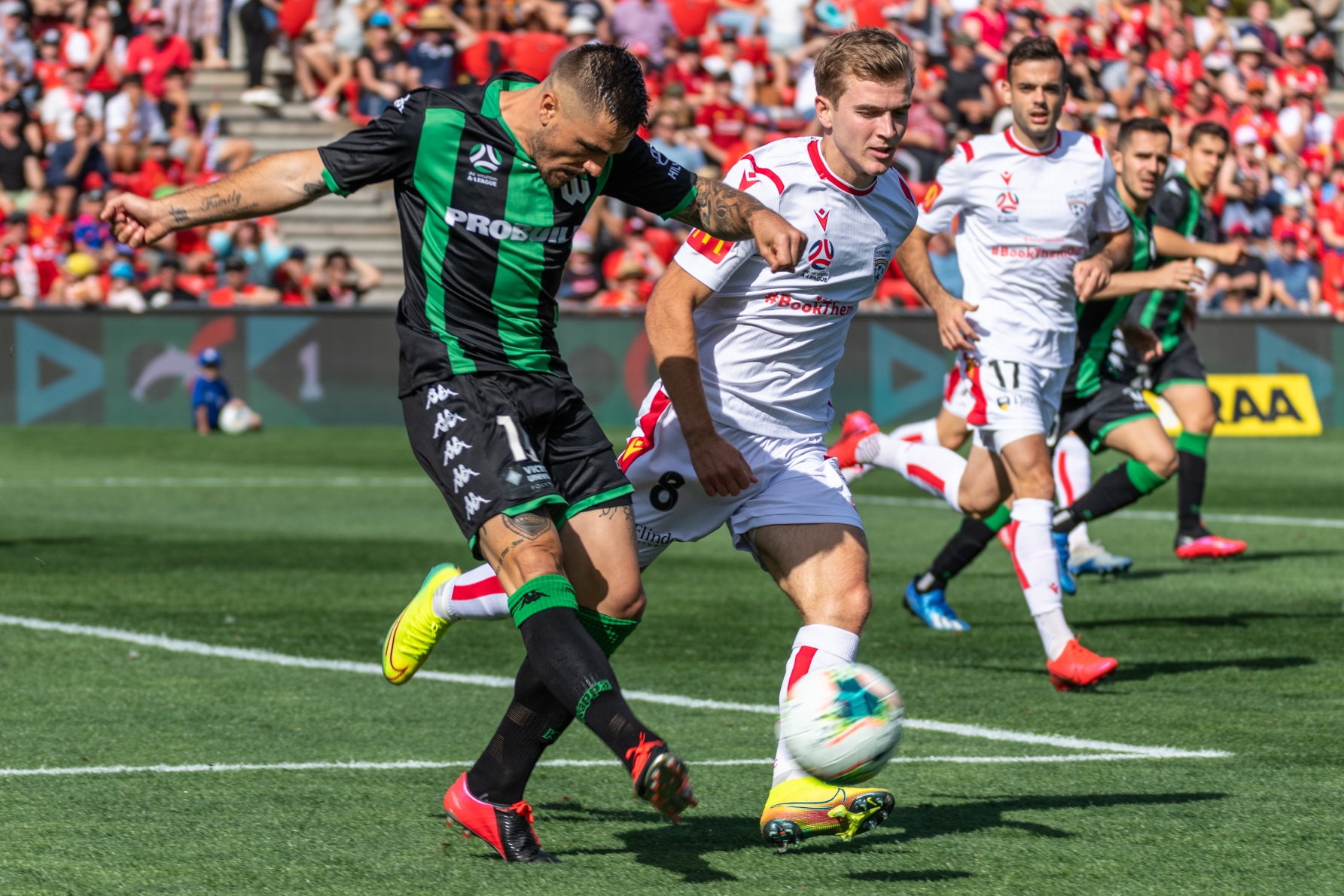 The Hyundai A-League veteran has had yet another incredible season in between the sticks for Sydney - his side sit top of the league while he has six clean sheets to his name.

The 31-year-old shot stopper has been integral to the Sky Blues throughout his three-and-a-half years at the club.