Trent Sainsbury is treasuring the environment in Socceroos camp and revealed how he has his sights set on bringing up 50 international caps during Australia's upcoming FIFA World Cup Qualifiers in Kuwait.

Sainsbury joined Fox Sports’ Michael Zappone and Archie Thompson from the Socceroos’ hub in the United Arab Emirates to discuss all things Socceroos ahead of the green and gold’s long-awaited return to action next week.

The Perth-born defender is raring to go as the Socceroos prepare to face off against Kuwait on Friday June 4 (AEST).

He opened up to the panel about the feel in camp following a lengthy break from international football.

"The boys are settling in very nicely," said Sainsbury.

It doesn’t feel like we’ve been away for that long. We’re such a tight-knit group, so it’s kind of like coming and seeing your brother again.

“It’s great to be back amongst the boys and the banter’s been flowing.”

Sainsbury is one of the most experienced figures in camp with only Maty Ryan and Mathew Leckie having turned out for the Socceroos on more occasions than him.

He is currently just two caps shy of bringing up a milestone 50th appearance in Green and Gold.

READ: Maty Ryan eager to pass on his simple secret to success

When quizzed as to whether his experience may lead him to potentially wear the captain's armband, Sainsbury enforced his focus lies purely on the success of the team as a whole.

"We’ve got a great leadership group here, a lot of boys who could easily take on that (captaincy) role.

“The team is the most important factor here - we’re all just looking forward to getting back out there.” 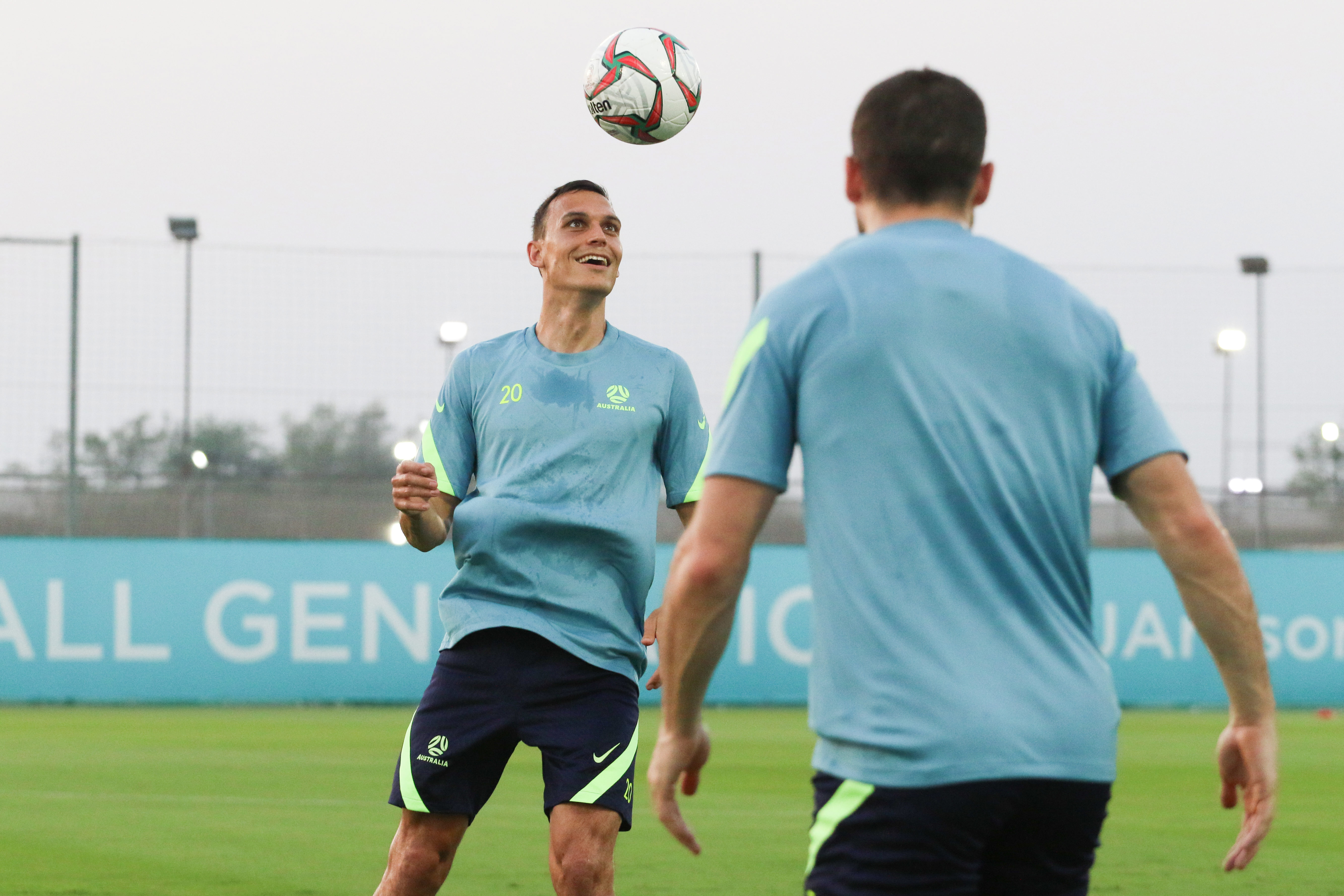 A number of new faces have enjoyed call-ups into the latest squad with the impressive A-League form of Connor Metcalfe, Denis Genreau and Ruon Tongyik's catching the eye of Graham Arnold.

“We’ve got quite a new group coming in which is always nice, some fresh blood to add into the group," added Sainsbury.

Ultimate Guide: Get to know your 31-man Socceroos squad

As a former Central Coast Mariners Championship-winner, Sainsbury is excited by the prospect of their current powerhouse defender in Tongyik joining the squad.

"Coming from the Mariners, there is obviously a bit of a soft spot (for Tongiyk)," he said.

"I’m glad the Mariners are doing really well, so he’ll be welcome with open arms and I’m sure he’ll settle in nice and quickly and hit the ground running when he comes in.”

Sainsbury’s time with the panel ended on a light note when asked about the Socceroos' table tennis competition unfolding in camp.

“There’s knock-out rounds but not too much competition coming my way, I fancy my chances for the title.”