‘We won’t take anyone lightly’: Milicic

The young Aussies made a perfect start to the tournament on Thursday night, defeating Syria 3-1 thanks to goals from George Blackwood (two) and Bruce Kamau.

It was an impressive performance from the young Aussies, and they’ll start strong favourites against a Vietnam side that lost their opening game 2-1 against Korea Republic.

“We know this generation of Vietnam players are very strong. We know that the core group of that team played a few of our boys a few years back when there was qualification for the U20 World Youth Cup that was played in New Zealand,” Milicic said.

“We know it’s a strong team. We will not underestimate Vietnam. We’ve gone through their analysis slowly because our focus was on Syria first and foremost.

“Definitely we know it’s going to be a difficult game. At the same time, it all comes back to Australia and our playing style. We like to concentrate on ourselves and we’ve put ourselves in a good position now to put on a good performance against Vietnam.

“There’s no easy win here. All these teams are here for a good reason. We will not underestimate anyone.”

With just three days between matches, Milicic is likely to rotate his squad for the Vietnam clash. 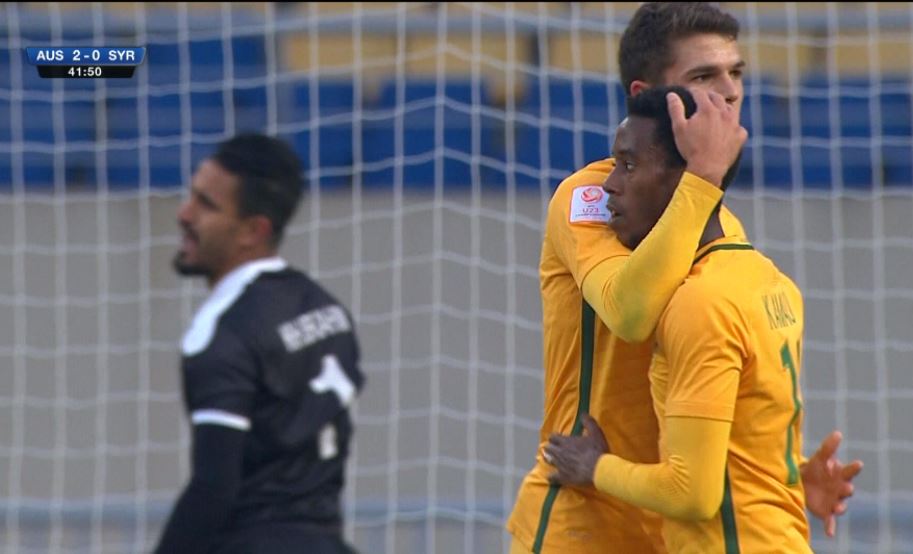 Wingers Kamau and Milislav Popovic are both in doubt having left the field against Syria with slight knocks.

Australia can book their spot in the knockout stages with a win and if Korea also get a result against Syrians in the other group match on Sunday night.

“We will not watch other teams play and want one team to beat another team. We will not look at the other results, we’ll focus purely on what we need to do,” Milicic said.

“It comes back to the Australian playing style, how we want to play the game and how we’ll approach this tournament.

“The easy word will not exist in our dressing room. Every team that’s qualified here has shown quality to be here. We would never disrespect an opponent like that in Asia.“