Ahead of the Socceroos' meeting with Vietnam on Tuesday night, catch up on all of the talking points emerging from Graham Arnold and Maty Ryan's pre-match press conferences!

Watch a summary in the player above, or read on for more quotes from Graham Arnold's meeting with the Australian press.

On the squad's fitness levels :

"All the boys have pulled up great, only one, I would say at this moment that is 50/50 is Martin Boyle, with a tight hamstring. First and foremost it's player welfare, and making sure that, we're looking after the players so. After training we'll see where he's at, but these type of World Cup qualifiers we need players that can walk on the pitch expecting to play 90 minutes. And, with a lot of energy.So as I said, it's important for me that those are all the players are in that condition and (with Martin) we'll make a decision after training.

"But I have to say that the backroom staff did a fantastic job in, especially with these Covid protocols and travelling. They got us here without any stress, so all the boys are in great shape."

"It's World Cup qualifier and I've got to put my best team out there, that I feel that is ready to go on to the pitch and perform at its best. Yes it was comprehensive win against China but I expect to improve in every facet of the game tomorrow night. So the most important thing is the boys are physically and mentally very good, and I expect a great performance. 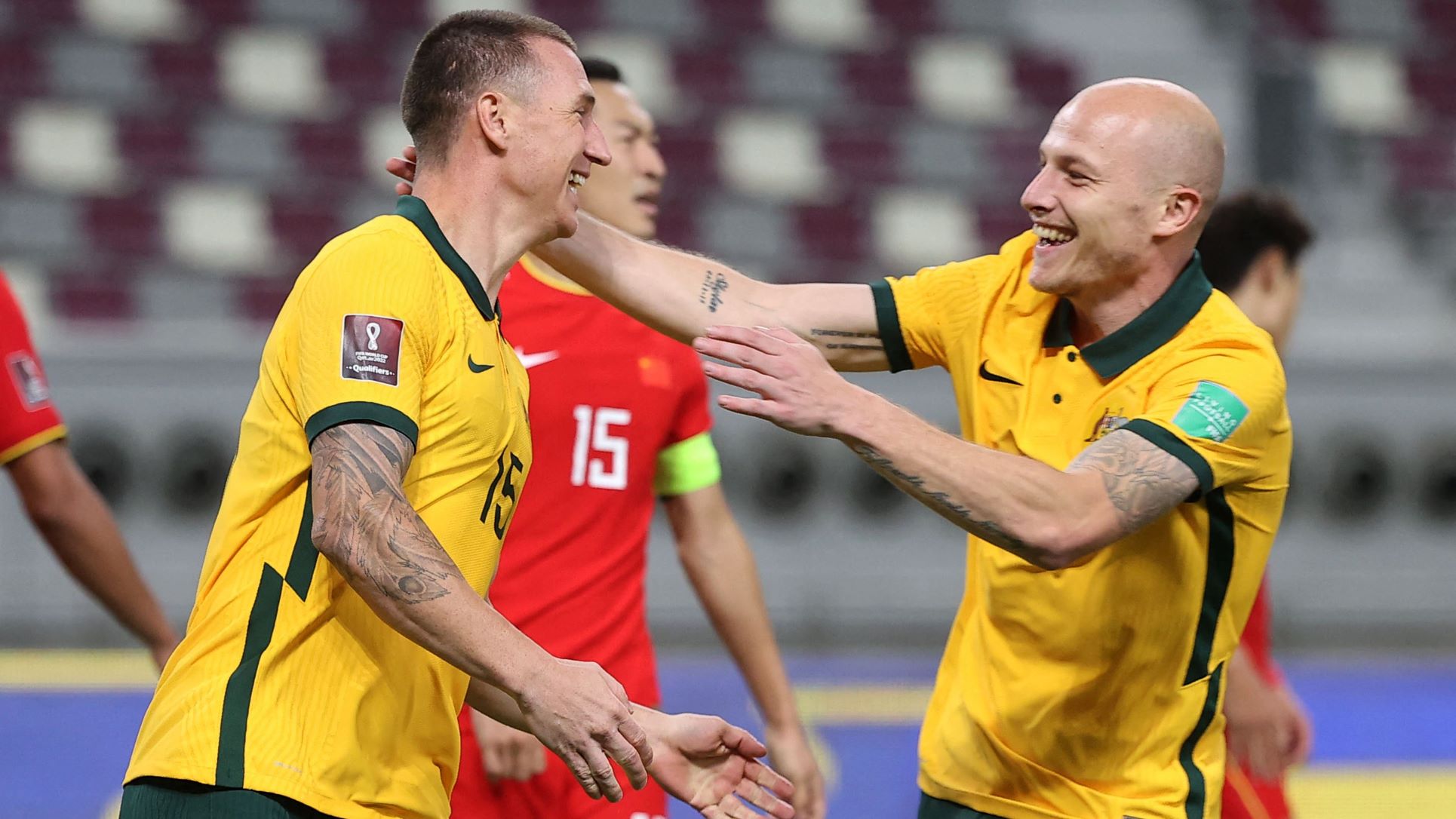 "Aaron hasn't played for quite a while, I was so proud of him for what he did when he came on against China. I thought that he really controlled the game out for us, when were up 3-0 - we dominated possession and a lot of that came down to the quality of Aaron. Now he's in great mental shape which is important for me, and he's enjoying his time here  and it's great to see."

"We trained on a training pitch last night that brought a great experience, it was frogs on the pitch. So it was great, cheered the boys up, and was an experience they haven't had before.

"The conditions is what it is, you only can use it as excuse. I expect no matter what the conditions are, that we go out on the pitch and we play our way. That is, we press the life out of the opposition we don't give them space and time on the ball. My expectations of every player's performance is that it is with high energy and a lot of belief - as I said we will go out there tomorrow night, put a lot of pressure on Vietnam, and expect to get the three points.

On Vietnam as opposition:

"Obviously we've analysed them there, my analysts looked at them for the last three weeks and while I've been in Dubai for a month, a benefit was being able to analyse these two games and the two oppositions that we had. They're a counter attack team, they set up in a 5-4-1 system,deep block and look to counter. So what's important for us is making sure that our combination play is good, we get our cues right, and we get players in the box to score goals."

HOW TO WATCH - Australian audiences

HOW TO WATCH - International audiences