And Vidmar was pleased so many of the Aussie players who helped lift the trophy were a year younger than most at the tournament.

In the Cambodian capital over the weekend, the Joeys triumphed in the AFF U-16 tournament finale with a sensational comeback followed by a clinical shootout victory over Vietnam.

Australia got stronger and stronger as the championships went on, Vidmar said, culminating in the tournament decider in Phnom Penh. 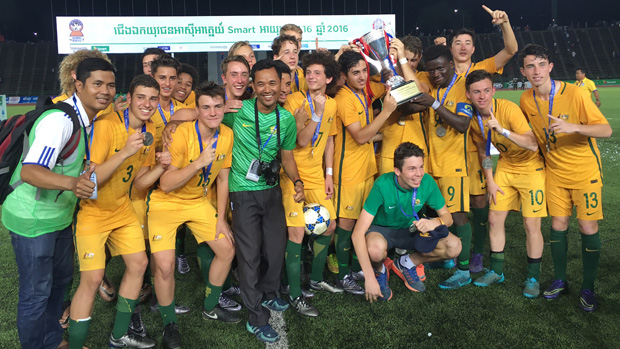 It sets up the Joeys’ AFC World Cup qualifiers in September with the players having seven excellent matches in tough conditions against some defensive styles of play at the AFF tournament.

“It was a fantastic tournament for the players,” the one-time Caltex Socceroo defender said, adding 8-9 Joeys had not played in Asia before.

“A year is a big difference in youth football at that age. So we were really proud of how they played with a number of these younger players in the semi final and final.

“We got seven games against different kinds of opposition in Asia as a lead up to our World Cup qualifiers, and the players raised the quality of performance as the tournament moved on.”

Australia scored 27 goals in the seven games with skipper and central striker John Roberts the main option up front.

“He was probably one of the standouts in the tournament… his all-round game is very good and is unselfish and a team player," said Vidmar. 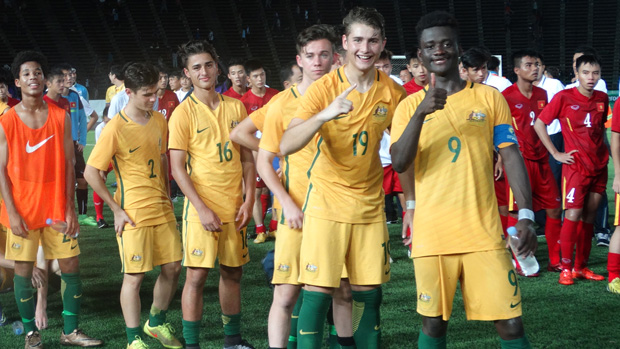 Australia finished second in their group behind Vietnam, and they were beaten by the Vietnamese in the group stage, but when it mattered in the final, the Australians found another gear.

“The pleasing thing was even though we were 3-1 down we still tried to play the football we wanted to play.

“That was probably the most pleasing aspect that they didn’t deviate from what we had planned and how we wanted to play.

“And that’s just credit to the players and the information we’d given them.”

“The tournament had its ups and downs but the boys showed immense character and belief all the way through to the end. 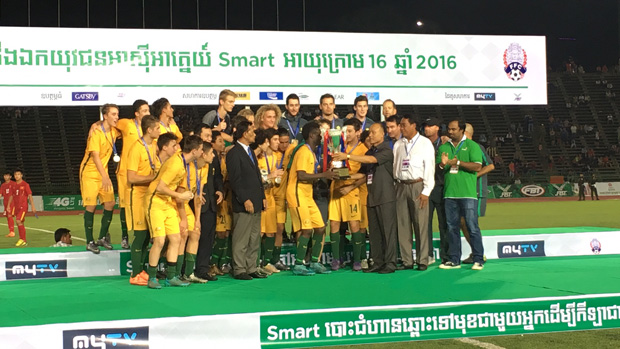 "The players have gained invaluable experience in what football in Asia is all about.  It will prove very beneficial in the upcoming months leading into World Cup qualification and moving forward in their careers."