Young Socceroos Coach Gary van Egmond has identified a plethora of young talent since taking over Australia’s Under 20's side last year.

Chatting with Socceroos.com.au, the 15-cap Socceroo discussed the quality coming through Australia’s youth set-up, pointing to the large number of players he’s used in recent camps.

“There is a great deal of talent coming through,” said van Egmond.

“Between the AFF Championship last year and our last camp, we’ve used a total of 71 players.”

“For us to be able to see this many players and make sure no one is falling through the net is fantastic.”

It wasn’t all smooth sailing for the Joeys though, who found themselves on the brink of elimination in the AFF Championship after falling 2-0 behind and having a man sent off against Laos.

The young Australian’s rallied though, and in typical Australian style, fought back to earn a 2-2 draw and ensure progression to the next phase of the tournament.

These games provide invaluable experience to young players and prove how high-pressure environments can bring out the best and worst in footballers, especially in foreign climates.

And in gaining international experience at a young age, players are given a taste of what it means to represent your country, an honour not lost on van Egmond.

“International camps allow us to introduce players to the culture of the team, the playing style and what it means to play for Australia,” he said.

“Seeing how they adapt to different conditions, situations and opposition tells you a lot about the player and person.”

Two further camps - both home and abroad - allowed van Egmond and his staff to gain a comprehensive look at Australia’s brightest young footballers.

And they liked what they saw.

“Look, we’ve got a lot of talent,” explained van Egmond.

“The (recent training) camp in Newcastle allowed us to see the best young players from the A-League and NPL.”

“And the Holland camp was extremely beneficial because we saw so many boys that have been overseas for differing amounts of time.”

Playing against some of Holland’s world-renowned youth academies including Ajax, Utrecht and FC Twente provided tremendous insights for both Australia’s players and coaches.

With Youth World Cup Qualifiers curtailed by COVID-19 and the AFC Championship likely to be rescheduled for next year, these camps were crucial in determining the young Socceroos side moving forward.

And after a season like no other, van Egmond emphasised the need for his young players to remain focussed.

“To bring them all together and play against very good opposition was fantastic,” explained van Egmond. 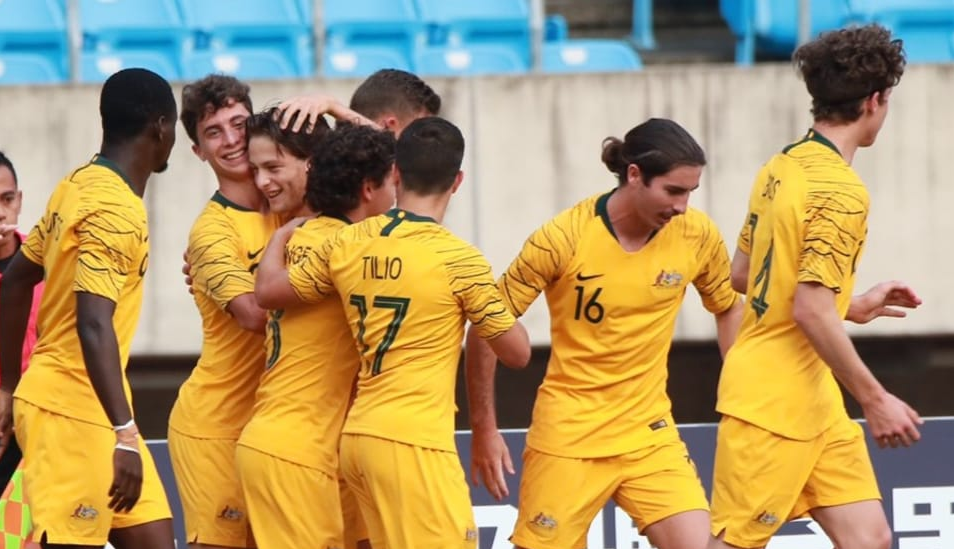 “We now have a very good understanding of exactly where those players sit in the mix.”

“Hopefully, there’s a date soon (for the AFC Championship) but it’s very important the players work hard even if they’re not playing.”

After a triumphant AFF Championship and successful AFC Qualification, van Egmond’s blueprint in developing young players is something to excite Australian football supporters.

There’s little doubt that with proper guidance in transition between youth and senior football, Australia’s next crop of Socceroos have the best chance of achieving success.