The draw has been completed and the Socceroos have learned who they will face at the Copa America 2020.

Graham Arnold’s squad will take part in South America’s showpiece event for the first time as one of two invited nations alongside fellow AFC outfit Qatar.

The tournament will give Australia some more high-quality matches next year as they continue their journey towards qualifying for the 2022 FIFA World Cup.

Ahead of the tournament in June next year, we break down all you need to know for the Socceroos’ historic appearance at the Copa America.

The Copa America is the world’s oldest international football competition, with the first edition of the tournament held in 1916.

More than 100 years on and next year’s Copa America will be the 47th edition of the historic tournament, with the month-long festival of football pitting the cream of South America’s national teams – as well as the Socceroos and Qatar – against each other. 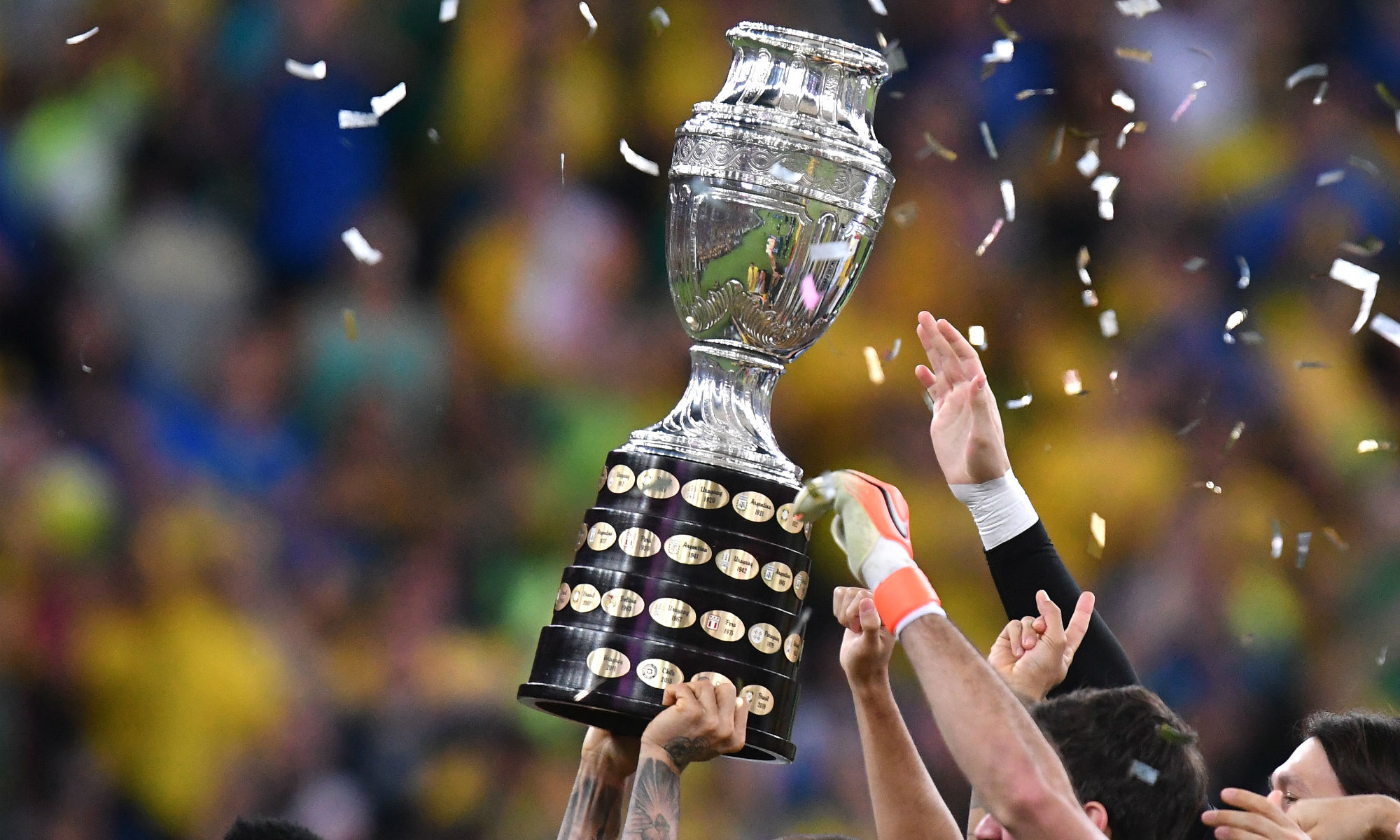 For the first time in 37 years, the Copa America will be hosted by more than one country, with Argentina and Colombia sharing matches.

The tournament begins on June 12, with Argentina to play the first match against Chile in Buenos Aires.

The final is set down for Sunday, July 12.

Who are we playing?

The Socceroos were drawn in Group A, which will see them take on hosts Argentina, Chile, Paraguay, Bolivia and old nemesis Uruguay.

Australia's first match will be held on June 13 against the Uruguayans in Cordoba.

All of the Socceroos' group matches will be based in Argentina.

When are our matches?

Who’s in the other group?

The 'North Zone' group will feature host-nation Colombia, with all matches played in that country.

Where are we playing?

There are five venues that will host matches in Argentina where the Socceroos will be based for the group stage.

The Estadio Monumental in Buenos Aires is the biggest venue, with a capacity of 66,000.

Matches will also be played at the 57,000 capacity Estadio Mario Alberto Kempes in Cordoba, while Mendoza's Estadio Malvinas Argentinas and the Estadio Ciudad de La Plata provide wonderful atmospheres with just under 55,000 able to squeeze in.

There is one venue - The Estadio Unico in Santiago del Estero - is still under construction but will be an all-seater 28,000 capacity on completion.

Socceroos fans will be able to watch every minute of Australia's tilt at the tournament on Optus Sport after it announced they will broadcast the 2020 Copa America.

Optis Sport will show all 38 matches of the competition, streamed live and on demand through the Optus Sport app.

You can also keep up to date with all the news and match action on www.socceroos.com.au.

Who are the players to watch?

The tournament will feature some of the best and biggest names in world football.

Argentina’s hopes will again rest on the shoulders of Lionel Messi, who picked up a record-breaking sixth Ballon d’Or earlier this week.

A major international trophy with the Albiceleste is the only thing missing from Messi’s resume and the chance to do it on home soil, in what is likely to be his international swansong, would be a dream way to bow out.

While Messi is Argentina’s ‘Football God’, Brazil will be relying on their golden boy Neymar to lead them to glory.

The PSG attacker missed Brazil’s Copa America success earlier this year due to injury so will be keen to help the Selecao defend their title.

Messi’s Barcelona teammate Luis Suarez is again likely to be key to Uruguay’s success, while Alexis Sanchez (Chile) and James Rodriguez (Colombia) are genuine will lead the way for their respective nations.

What ball will they use?

Nike will provide the official ball for the tournament, which was unveiled during Wednesday's draw.

The theme for the unique ball is accompanied by the motto: ‘Inspired by champions, for champions!’

How does it work?

With 12 nations taking part in the Copa America 2020, they have been split into two groups of six.

Each nation will play every other side in their group, with the top four countries from each zone advancing to the quarter finals.

From that point it will be knock-out football all the way to determine who will be the 47th Copa America champions.