As we celebrate a century of Socceroos memories in the lead up to September's series against New Zealand, each week we'll be looking back at a major tournament the team have played in over the years.

Up first is our most recent FIFA World Cup appearance - Russia 2018.

Just like in our campaign that only recently came to its conclusion against Peru, Australia's 2018 FIFA World Cup qualifying tilt went the distance.

In fact, the team set a World Record for the longest distance travelled in a single qualifying campaign, covering 155,000 miles on the road to Russia.

The journey kicked off in 2015, with second phase fixtures against the likes of Kyrgyzstan, Tajikistan and Bangladesh, before the side advanced through to the final phase of Asian Qualifying - where they would eventually finish third in their group behind Japan and Saudi Arabia.

It all came down to the final day: where a 2-1 win over Thailand in Melbourne was not enough, seeing the Socceroos miss out on automatic qualification by goal difference.

That sent Australia into the play-off stages, taking on fellow Asian nation Syria in a home-and-away tie.

Syria's home tie was played in Malaysia, with Robbie Kruse opening the scoring in the first half before Omar Al Soma equalised from the spot late in a 1-1 draw.

Back at Stadium Australia for the second leg, the Socceroos were shocked by Al Soma opening the scoring inside ten minutes.

But from there, captain Tim Cahill would take control, equalising minutes later before finally finding the winner in the 18th minute of extra-time to send his nation within 180 minutes of a fourth-straight FIFA World Cup.

Standing in the way of that goal was CONCACAF outfit Honduras, in the intercontinental playoff.

A first leg away in San Pedro Sula ended up 0-0, setting things up nicely for another famous night in Sydney...

And that was exactly what went down, with captain carageous Mile Jedinak stepping up with a hat-trick of set-pieces, sending the Socceroos to Russia.

Dutchman Bert Van Marwijk, who in 2010 coached his native country to the FIFA World Cup Final, was appointed as Australia coach ahead of the 2018 tournament. 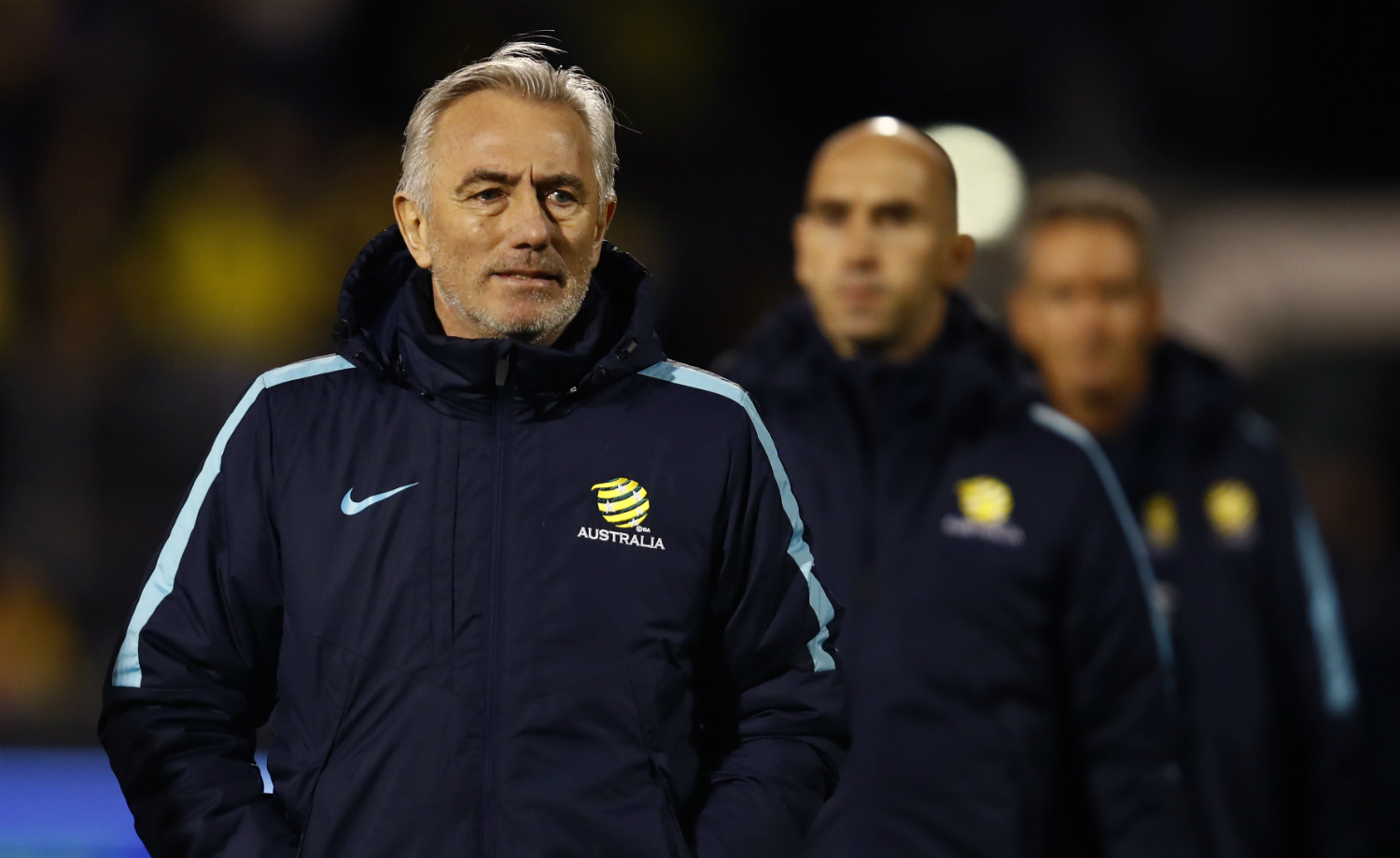 Australia's squad for the 2018 FIFA World Cup was a true blend of youth and experience.

Fans will recall the name on everyone's around this time: Daniel Arzani.

At just 19 years of age, the then-Melbourne City winger had only made a handful of senior appearances when he was called into the national team set up after a run of eye-catching A-League appearances.

Also in the squad was Tim Cahill, looking to score in a historic fourth FIFA World Cup, as well as captain Mile Jedinak and vice-captain Mark Milligan. 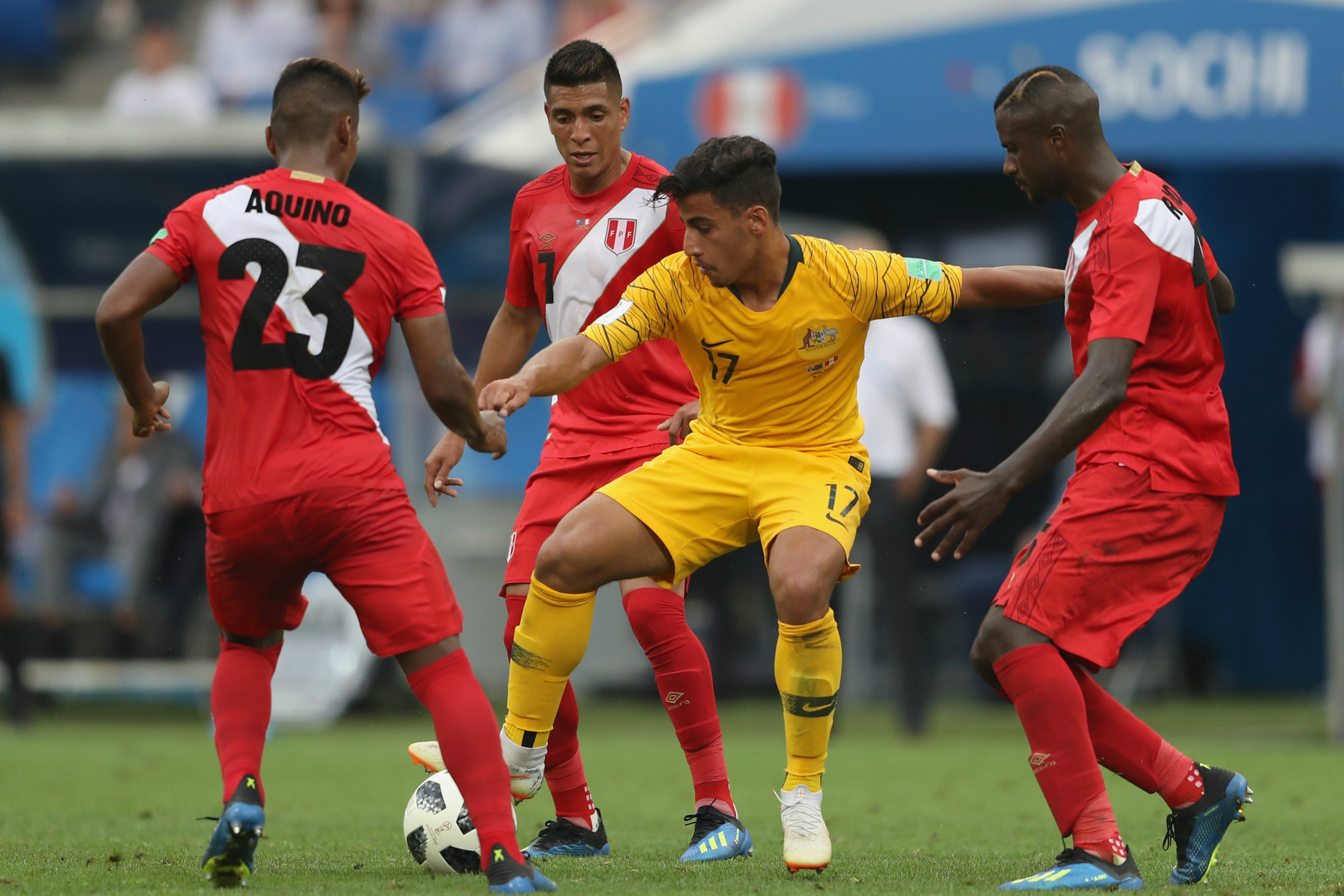 The Socceroos travelled throughout three cities in Russia throughout its 2018 campaign.

Australia played its opening match against France in Kazan, before heading to Samara to take on Denmark and wrapping up against Peru in Sochi. 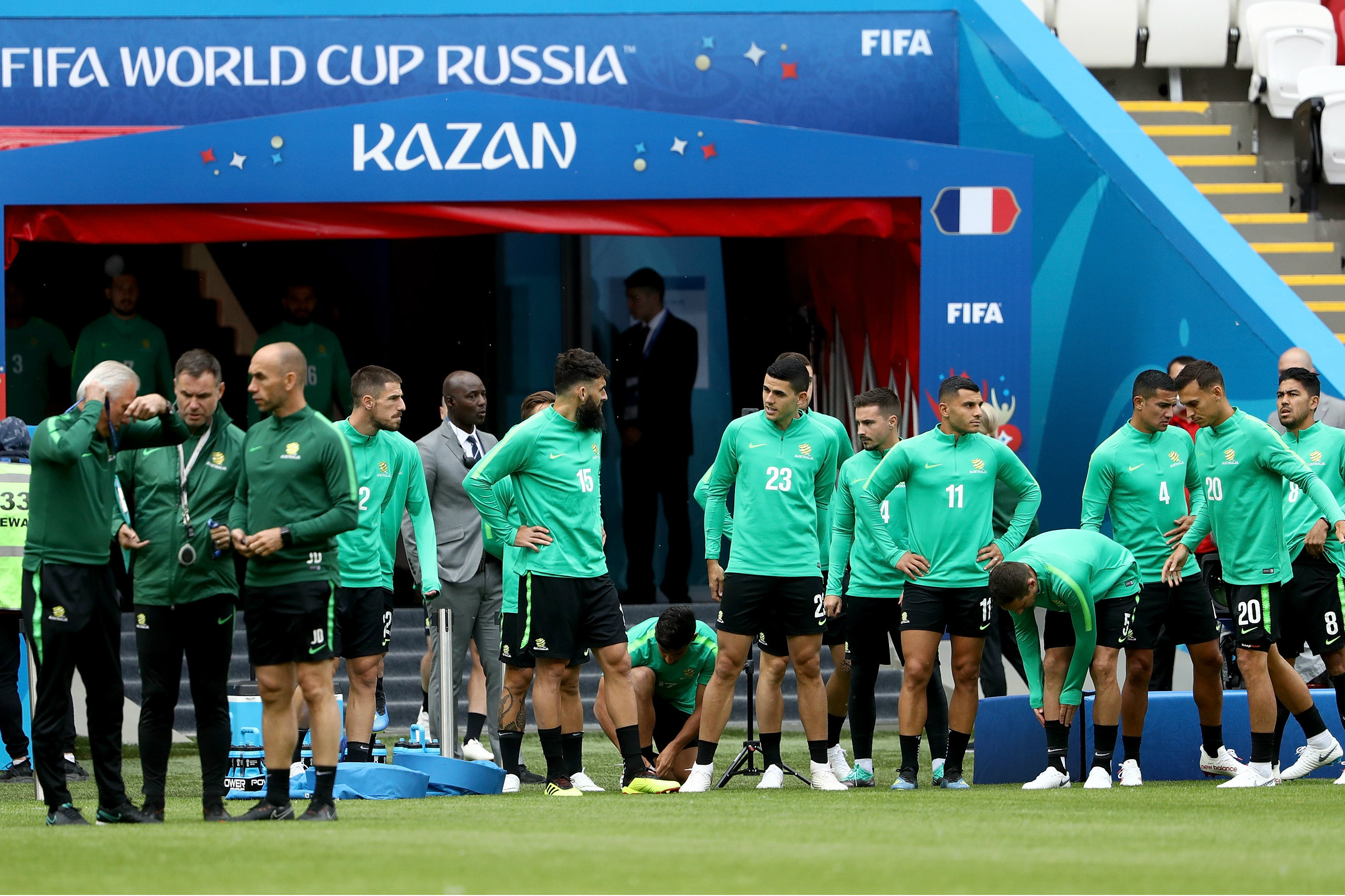 Australia were drawn in Group C of the FIFA World Cup 2018 alongside European powerhouses France, Denmark and South American outfit Peru, who also qualified via the inter-continental play-offs.

As we look ahead to the FIFA World Cup Qatar 2022, Australia have been drawn into a remarkably similar looking group.

Group D for this year's tournament contains Australia, France, Denmark and Tunisia - with the Socceroos of course defeating Peru on their way to qualifying for the tournament. 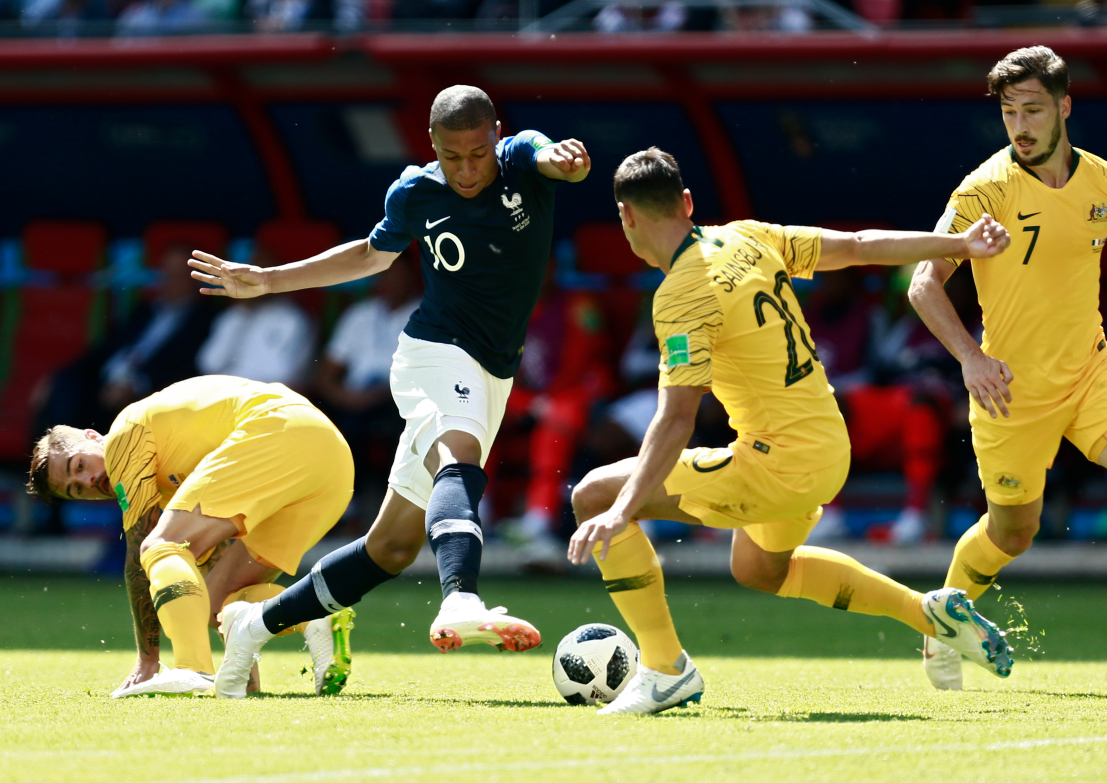 Re-live all of the highlights in the players below.

A Saturday night prime-time kick off in Australia, the Socceroos' tournament-opening encounter was a true blockbuster against France.

Heading into the game as one of the pre-tournament favourites, Australia's opponents would not have expected to have been kept scoreless for nearly an hour.

But that was how things unfolded, before Antoine Greizmann found the breakthrough from the penalty spot in the 58th minute.

Yet Australia bounced straight back, almost immediately winning a penalty of their own which was cooly converted by Mile Jedinak minutes later.

The Socceroos stubbornly held on but were unfortunately stung late, as a Paul Pogba effort deflected off Aziz Behich - and the crossbar - to grant France all three points first up.

But once again, a penalty popped up for the Socceroos, allowing Mile Jedinak to do his job once again late in the first half.

The final 45 minutes was even, with Australia going close to grabbing a winner, but in the end, both nations would have to settle for a solitary point.

Australia entered their final group stage fixture knowing that a strong win could see them sneak into the knockout stages.

Unfortunately it was not to be, with Peru bagging a goal in each half to record their first FIFA World Cup Finals victory in Sochi.

The result ensured that for the third-straight FIFA World Cup, Australia's campaign would conclude at the Group Stage.