We break down key statistics and information from some of the Socceroos who were plying their trade in Europe throughout the 2019/20 season.

That means that he totalled 3420 minutes on the pitch for the Seagulls in which he had the fourth highest passing accuracy for a goalkeeper with 79.1% and the best accuracy of any shot stopper who made over a 1,000 passes throughout the campaign.

Ryan also managed to make the joint fifth most saves out of any goalkeeper in the league with 117 while only Newcastle United’s Martin Dubravka and Burnley’s Nick Pope made more saves and had a higher save percentage than the Aussie.

That was five points better off than their 2018/19 campaign which saw them end in 17th position, only two points above the drop zone.

The south coast outfit rose as high as 8th in the 2019/20 season and steered clear of the relegation zone for the entire campaign – staying in 15th position since mid-January.

Ryan will be back between the sticks for the Seagulls when the EPL season begins on September 12.

Socceroos & Brighton midfielder Aaron Mooy had yet another stellar campaign in the English top flight.

The 29-year-old created 39 scoring chances and completed 61 dribbles throughout the 2019/20 season, the third most out any of his teammates in both those categories.

He also featured in 31 of his side’s league games throughout the season in which he scored two goals and made two assists.

Next season could bring his game to the next level as he prepares to link up with fellow midfielder Adam Lallana who recently joined the south coast club from reigning champions Liverpool.

Another season finished life goes fast ! Happy to be involved in the clubs best points tally. Hopefully next season we can take further steps. 👊

Socceroos and Midtjylland winger Awer Mabil had a breakthrough season in the Danish Superligaen in which he won his first domestic title which will in turn give him the opportunity to play out one of his lifelong dreams – UEFA Champions League football.

Mabil and his side had an outstanding season which saw them claim the championship with a 14-point buffer over 2nd placed FC Kobenhavn.

The 24-year-old featured in 34 league matches last season and scored eight goals while weighing in with six assists.

The hunger and the motivation just got a boost 😋

He was also only one of two Midtjylland players to register five or more goals and assists throughout the campaign.

His side have earnt a place in next season’s UEFA Champions League second qualifying round courtesy of their standing as Danish champions.

They will return to league action on September 12 when they play Sonderjyske in the season opener.

Socceroos and Austria Wien midfielder James Jeggo was instrumental to his side as they finished top of the relegation group in the Austrian Bundesliga.

Jeggo completed 77 tackles throughout his 29 league appearances – the most out of any player in the competition and five more than the next best achieved by Altach’s Manuel Thurnwald.

The ex-Adelaide United midfielder also contested 376 duels throughout the season – the sixth most out of any player in the league and the most out of his Wien teammates.

Their top of the table finish secured them a place in the Europa League semi-final play-offs against second placed Altach who they managed to overcome 1-0. 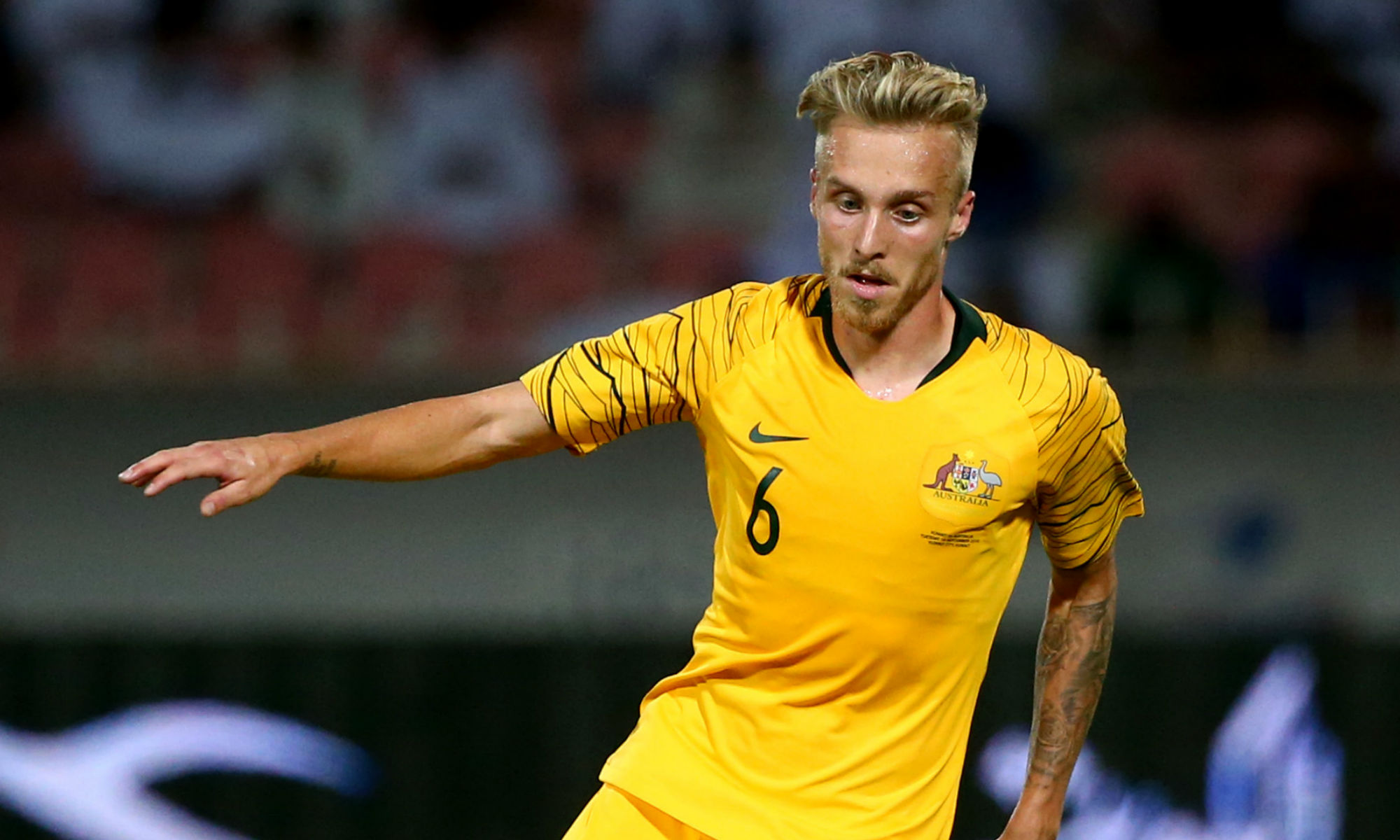 They went on to play Hartberg in the play-off final, losing the first leg 3-2 at home before enduring a 0-0 stalemate in the second leg.

Wien ultimately missed out on their chance to play in the UEFA Europa League next season with their opponents winning on aggregate.

The next chance to see Jeggo in league action will be on September 11 when the 2020/21 league season kicks off.

Mustafa Amini enjoyed a fantastic final season with AGF Aarhus in the Danish Superligaen after they secured a top three finish for the first time in 23 years.

The Socceroos midfielder announced that he had departed AGF last week after his contract expired at the end of the season.

He will leave the club on a high, having undoubtedly left his mark on the club and the fans throughout his four year stay there.

Dear AGF Aarhus, from the bottom of my heart I want to say a big thank you for the last 4 years of my life. I’m so proud and happy to have been able to represent you. It’s been a pleasure to be able to go out onto Ceres Park and fight for you week in & week out. To ALL my team mates throughout the years, thank you for your friendships, laughter & money. To the club coaches, medical staff, administrators, sponsors and everyone involved in this beautiful club a big thank you. It isn’t easy for me to say goodbye, but in football and in life you never know what will happen so it’s a see you next time. I wish you all the best in the future and hope for plenty of success and medals in the coming years. To the fans well what can I say... I love you guys each and everyone of you. A big thank you for the support you have given me throughout my time through the lows & highs. You guys are amazing. I came here as a player and I’m leaving as a big fan of AGF Aarhus. Until next time 💙⚪️💙

In his final season he made an average of 40 passes in the 25 league matches that he featured in, which was the second most out of any AGF player who played in at least 15 games last campaign.

As a result of finishing third, Amini’s side qualified for the Europa League play-off match against Odense who they managed to beat 2-1.

They will therefore have the chance to feature in the UEFA Europa League next season.

The 27-year-old scored three goals last season as his side finished the campaign in 16th position with 56 points.

He had a shooting accuracy of 53% which was the third highest out of his any of his teammates who got at least five shots on target.

Wednesday will be deducted 12 points next season for breaking spending rules set by the English Football League.