Deng, Glover and Baccus all played important roles as Graham Arnold's side booked their first Olympic spot since 2008 in January 2020, by finishing third at the AFC U-23 Championship in Thailand.

This week's draw, which pitted Australia against Argentina, Spain and Egypt, added a whole new layer of excitement for the Australia U-23's captain and A-League-based duo who are hoping to book themselves a place on the plane to Tokyo.

Here is what the trio had to say in the wake of Wednesday night's draw ceremony.

What’s your immediate reaction to the draw?

Deng: My immediate reaction to the draw was pure excitement. It's been a long overdue wait, we're itching to get into camp and prepare for the tournament. We know it's a tough group but we're going to do our best to play to the best of our ability and give it a good crack.

Glover: I'm very excited by the challenge that lies ahead of us. What better way to showcase our talents on the world stage against some of the world's best nations!

Baccus: My immediate reaction to the draw was how great it would be to play such qualified countries in football, and what an experience that might be.

How excited are you at the challenge of playing against some of the world’s best up-and-coming players and perhaps even the likes of Lionel Messi or Mohammed Salah?

Deng: We're excited for the challenge, to play against some world-class players. For our opposition to potentially have the likes of Salah, Ramos or Messi, it's going to be an unbelievable experience. These are guys we have been watching since we were young, so to play against them would be a dream come true. I'm really excited and can't wait.

Baccus: I'm extremely excited with the thought of playing the world's best up-and-coming talent and to see Messi in Argentina shirt and share the pitch with him would be simply mind-blowing.

What would it mean for you to represent your country at the Olympics?

Deng: It'd be an amazing feeling and honour to represent our country at a historic event like this. To put on the Green and Gold, it's been 12 years since we last qualified which makes it even more special. I'm sure the fans back home will be cheering for us.

Baccus: It would mean the world to me to represent my country at the Olympics, a real dream come true. 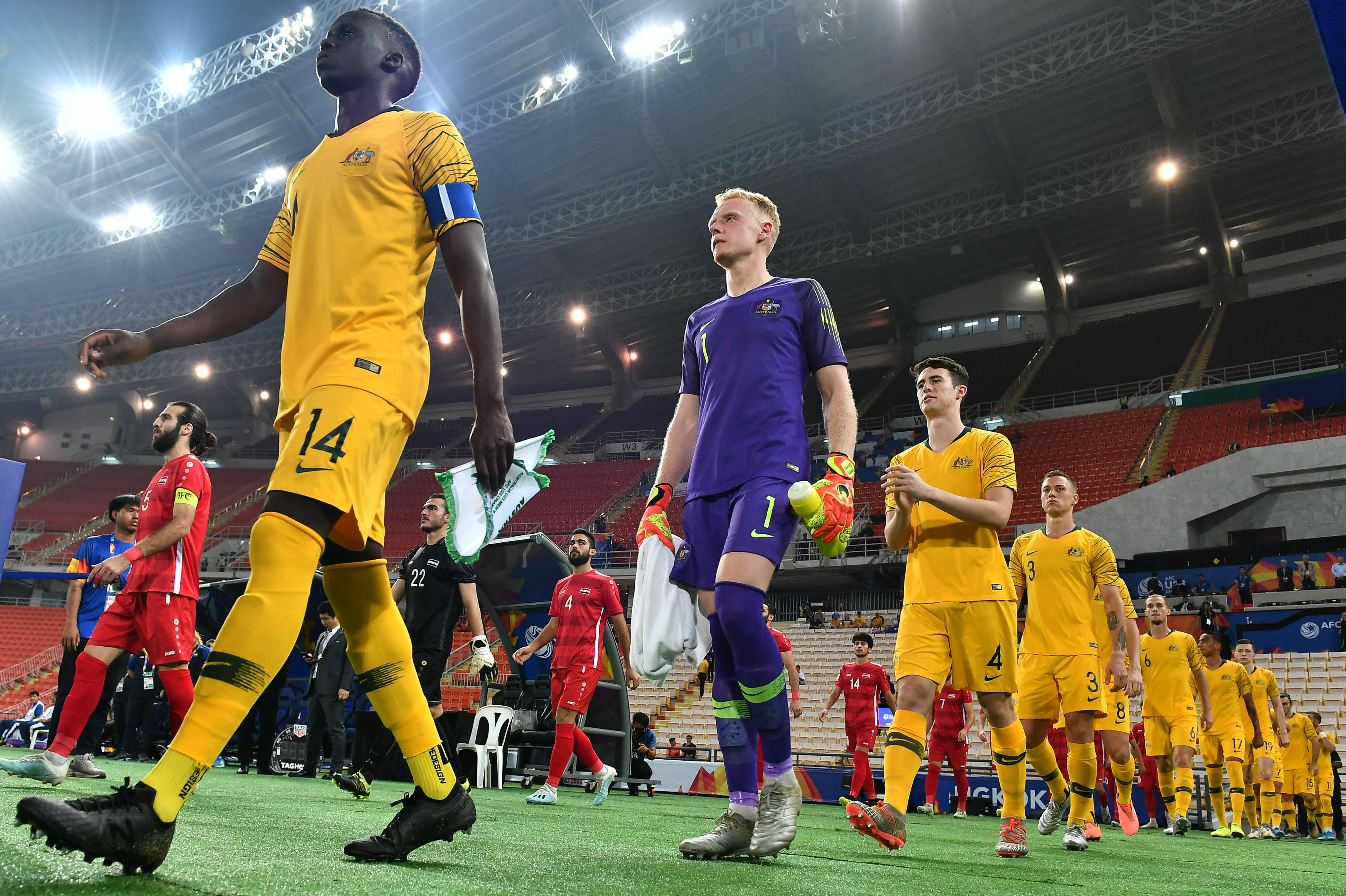 What is your message to all of the Aussie fans out there?

Deng: It's unfortunate that many Aussie fans will be able to travel to the Games but just know that during the tournament we'll be thinking about you guys and the amazing support we have back home. So get around to your friends and family's homes and try to watch as many games as you can. It's going to be an exciting tournament against some good opposition, so continue to support us, and take care.

Glover: Our message to all the fans is to definitely tune in and get behind us at the Olympic Games. What better way to kickstart it against some of the world's best countries and we haven't qualified since 2008, so it's definitely exciting times for men's and women's national teams.

Baccus: It's been a long wait in preparation for these Olympic Games, so to all Aussie fans we need all of your support come July.