The story behind the 1965 Socceroos

In 1965 Australia had its first tilt at the World Cup and faced a very different scenario. Of the four countries in the Asia-Oceania qualifying group South Korea withdrew and South Africa was banned. So there was only one opponent, North Korea, and the two matches were played at a neutral venue in Cambodia (Kampuchea) in November.

The Australian preparation consisted of four weeks training in Cairns but only one practice match against local side, Ingham. The last international match for the Australian team had been against Chelsea in May 1965. Meanwhile the North Koreans had played around 35 internationals in three years and the squad consisted of full time players and members of the services. Johnny Warren describes the culture shock faced by the Australians on their first visit to Asia and how much they underestimated their opponents. As he said, ‘it was like landing on another planet.’

The Australian squad of 20 players had 7 Scots, 5 English and 5 Australians, plus an Irishman, a German and Steve Herczeg from South Australia, whose birthplace I have been unable to establish. It is true that one of the English-born was John Watkiss who grew up in Botany alongside Johnny Warren. The coach was Tiko Jelisavcic from Jugoslavia who was player-coach at Hakoah in Sydney.

None of the players from overseas had established themselves at the highest level, though some had a little first team experience with good club sides. Both keepers, John Roberts and Bill Rorke were Australians and though Roberts was criticised for his performance in the first match against North Korea, he was the only one of that generation to go the other way and establish himself in English football with Blackburn Rovers, Chesterfield, Bradford City and Southend United. 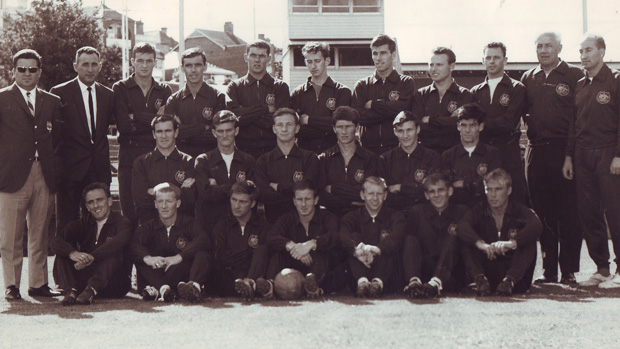 Nigel Shepherd and Stan Ackerley were the full backs, with Pat Hughes, Billy Rice and Les Scheinflug at half-back, and the forwards were Geoff Sleight, John Anderson, Archie Blue, John Watkiss and David Todd. Les Scheinflug, who was to be Rale Rasic’s assistant in the successful 1974 campaign, was the skipper.

Several of the Australians had been affected by injuries or illness in the lead-up to the first game in the Olympic Stadium on 21 November 1965. A crowd of 60,000 packed the ground, cheering for the Koreans. The heat and the humidity were oppressive and the speed and physicality of their opponents took the Australians by surprise. An early goal to the marvellous Pak Do Ik was the only score in the first half, though Watkiss narrowly missed a chance just before the break. Then in a thirteen-minute spell, North Korea scored three times, before Scheinflug converted a penalty after Watkiss had been brought down. Two late goals to North Korea completed a 6–1 drubbing.

For the second match three days later, Jelisavcic made 5 changes bringing in Bill Rorke in goal, Billy Cook, Roy Blitz, Steve Herczeg and Jim Pearson. With more height in attack and a clear awareness of what they were up against, Australia took the game to the Koreans. After a quarter of an hour, the enterprise was rewarded when Blitz and Pearson set up Scheinflug for his second goal of the series. But the lead only lasted four minutes as Pak Seung Jin deceived Rorke with an effort from 20 metres. Just after half-time Korea went ahead though Kim Seung Il, and the same player completed the scoring late on.

There were several bizarre things about this whole episode. If Australia had won the second match, there would have been a play-off, because goal difference did not count in these matches. After the two qualifiers Australia went on to play a series of friendly matches against Asian countries and a Swedish team to help defray the cost of the World Cup expedition. Had these matches been played before, not after, it would have made sense and given the Australians much needed match practice and acclimatisation. So lessons were learned by from this disastrous effort, though it took another failed campaign before the success of 1974. 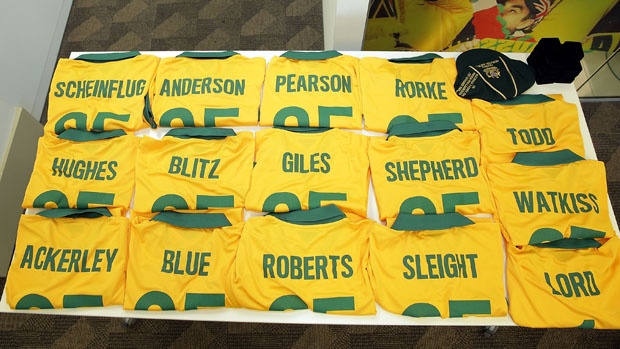 For North Korea qualification was just the stepping stone to its heroics in England where it defeated and thus helped eliminate Italy in its group and led Portugal by three goals to nil before Eusebio and his colleagues regained control to win by 5–3.