For a campaign that ended in such incredible circumstances, it all began in humble surroundings against Oceania minnows in the SA capital.

The campaign for the 2006 World Cup began in Adelaide in May 2004 with the OFC Nations Cup, which doubled as Oceania's World Cup qualification.

However, the Solomons would cause another upset, making it through to the final OFC qualifiers.

Australia prevailed in the two-leg qualification tie in September 2005 9-1 on aggregate. 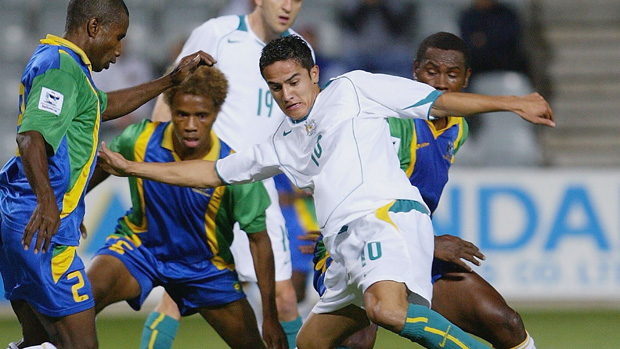 ONTO URUGUAY WITH GUUS

In a repeat of the match-up from four years earlier, Australia would need to get past Uruguay, with Dutch master Guus Hiddink brought in to help guide Australia back to the World Cup.

This time the first match was in Montevideo and while the home side prevailed 1-0, the Socceroos were very much in the hunt for qualification.

There was a feeling in Uruguay that a second goal was needed but they were supremely confident of qualification heading across to Sydney. Star striker Alvaro Recoba even, famously, saying they had a "divine" right to qualify ahead of Australia. 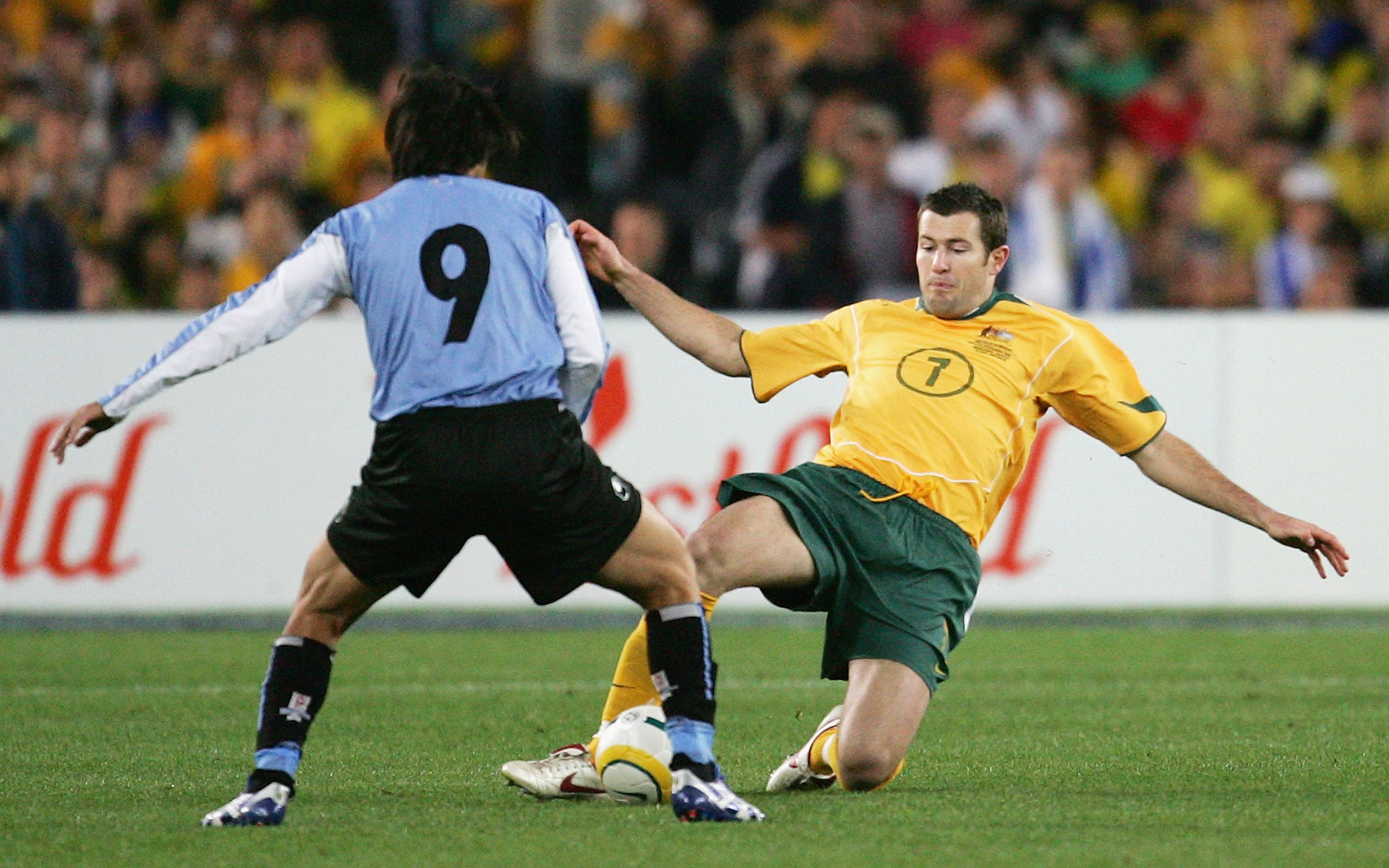 Needless to say, the South Americans received the most hostile of welcomes into Sydney after having been forced to fly commercial to Australia (the Aussies had a chartered plane that allowed them maximum recovery time for such a huge match).

Aussie fans even woke the Uruguayans up in the middle of the night at their hotel - a sign that the home fans hadn't forgotten what happened in Montevideo four years earlier when our players were spat on at the airport.

Sydney was in the grip of World Cup qualification fever - could Australia finally qualify after 32 years of hurt?

With both sides being involved in a physical confrontation in the tunnel, it set the tone for a war of attrition on the park at a packed ANZ with over 82,000 in attendance on November 16, 2005.

After Harry Kewell came on early in the game for defender Tony Popovic (who'd just been booked) Mark Bresciano scored in the 35th minute of the return leg in Sydney, levelling the tie at 1-1. 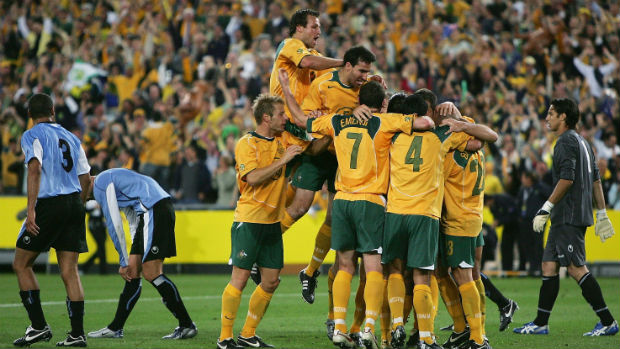 Recoba missed a good chance in the first half and Morales missed a clear header. Australia had chances but desperate defence was the key andthe two teams could not be separated even after extra time.

Australia looked the fresher of the two sides with Uruguay clearly looking weary after their less than perfect preparation. It was to cost them dearly.

It would come down to a penalty shootout with Schwarzer proving the hero with two incredible saves.

It was delicately poised after Varela and Estoyanoff converted for Uruguay.

It all came down to this...

John Aloisi stepped into Australian sporting folklore with the winning penalty, a moment of pure celebration for all fans of the round ball code in this country. 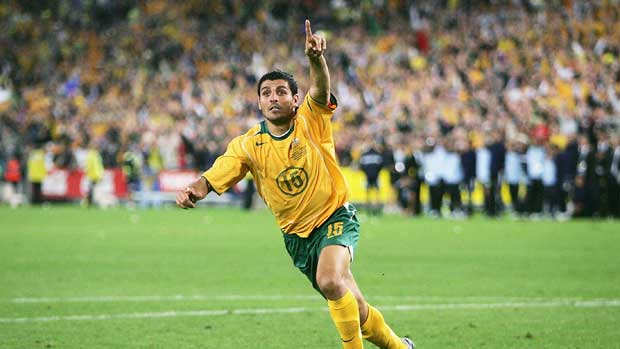 It was one of those, "I was there" moments. The Socceroos had done it. It was the biggest story of any sports story that year.

Back among the World Cup elite after 32 years, Australia was faced with Brazil, Japan and Croatia in its group in 2006.

The fairytale continued to roll on in the group stages.

Trailing 1-0 with fewer than 10 minutes left in the opening match against Japan in Kaiserslautern, it looked as if the World Cup dream would be over before it began. 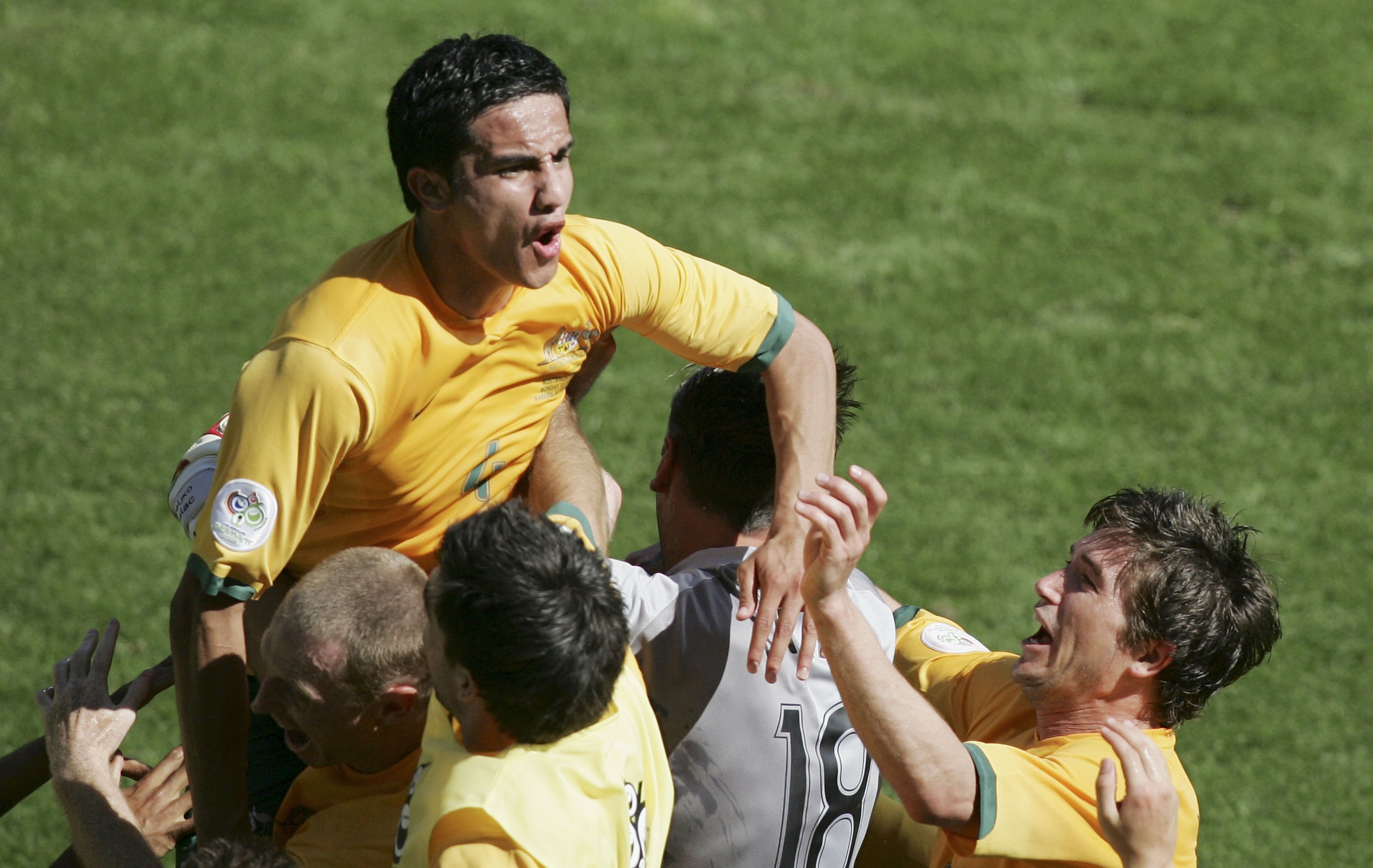 But up stepped Tim Cahill, writing his place in history as the first player to score a goal for Australia at a World Cup. On 89 minutes, Cahill struck again to put Australia in front, while a stunning comeback was complete when Aloisi scored in injury time.

BRAZIL AND ONTO CROATIA

Brazil, the most dominant team in World Cup history and the defending World Cup champion, was next in Munich.

A determined Australia was unlucky to lose 2-0, but a draw against Croatia would be enough to get through to the round of 16. The drama continued in the match in Stuttgart, with Croatia scoring in just the second minute.

Craig Moore levelled things up before half-time thanks to a penalty, but a mistake from goalkeeper Zeljko Kalac allowed Croatia to take the lead again just over 30 minutes from time.

In a frantic finish, Australia peppered the Croatian goalkeeper with Harry Kewell scoring the crucial goal with just 11 minutes left. 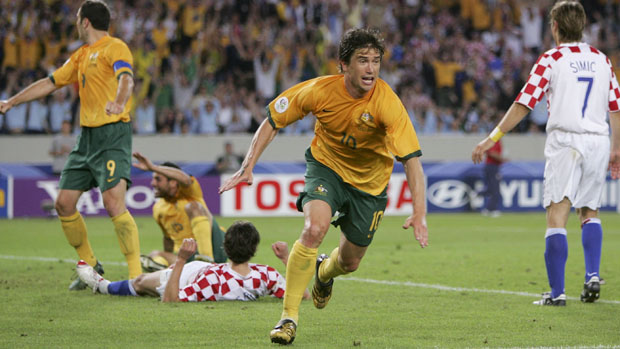 Referee Graham Poll infamously showed Croatian defender Josip Simunic three yellow cards, while he blew full time as Aloisi was about to give Australia victory, but it was all academic as the Socceroos progressed to the round of 16.

Italy and even more drama awaited in Kaiserslautern. With the match delicately poised at 0-0, Marco Materazzi would be sent off on 50 minutes, giving Australia a fantastic opportunity to progress to the final eight.

But fate dealt the brave Aussies a cruel hand in the final minute of normal time with Lucas Neill and Fabio Grosso coming together in the box. The referee pointed to the spot and Francesco Totti would score the penalty which broke Australia's heart. 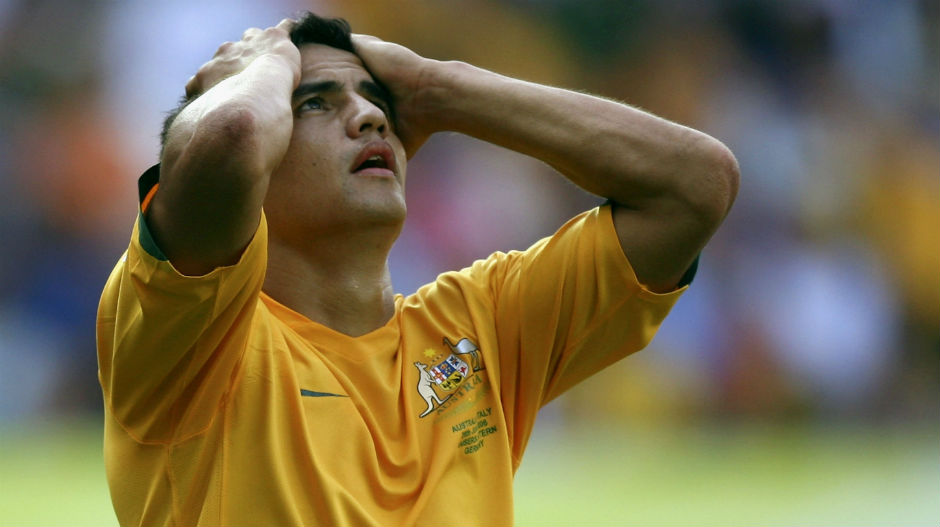 Italy would go on to win the final. And football in Australia had been given an almighty boost after what had been an extraordinary seven and half months.