The Socceroos’ player ratings for the new EA Sports FIFA 21 video game have been released and for ten players have seen their ratings increase.

Read on below to see which players have improved their overall rating in FIFA 21 and the real-life statistics that explain how they did so.

The Hyundai A-League Golden Boot winner has seen the biggest change in his FIFA rating of any Socceroo, going from 69 to 73. The 2019/20 season was a standout season for the striker playing in 25 games, for a total of 2208 minutes, which was up from his 819 minutes in nine games in 2018/19 season.

Maclaren found the net on 23 occasions this season - nearly five times more than the five he scored the previous season. He also doubled his shots on target from 19 to 41 with his shot conversion rate rising to 24.0%. 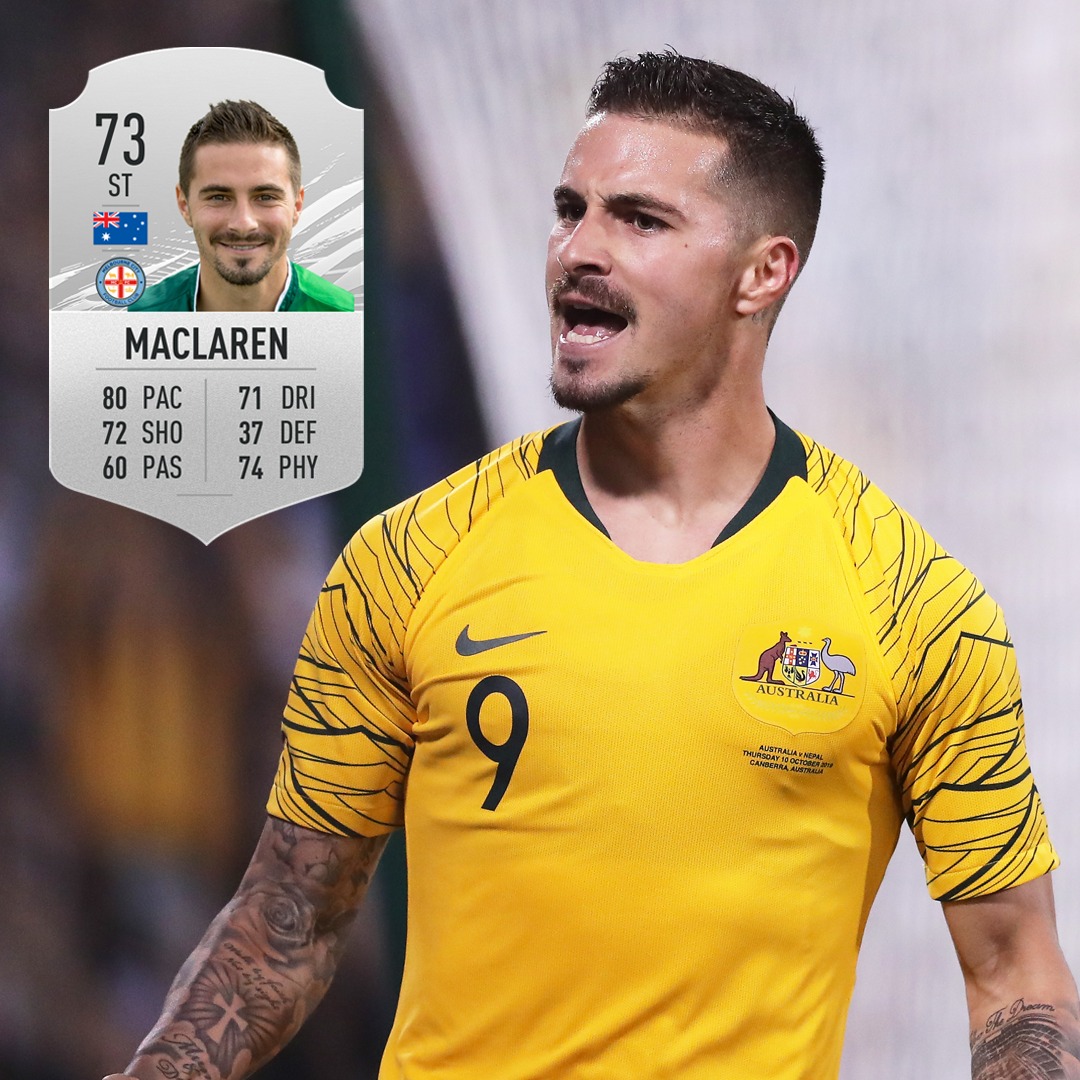 The former Wanderers captain had one of his career best seasons as his rating rose from 65 to 67. Duke scored 14 goals in 26 games, improving from his four in 11 matches in 2018/19. He also had more than three times the amount of shots, going from 28 to 86.

He also won possession on 141 occasions, which is 110 times more than he did in the previous season.

Hrustic is another that enjoyed a strong season individually, with his rating increasing from 67 to 69. The attacking midfielder played 216 passes into the box - an increase on the 71 from the previous season.

After not finding the back of the net at all during the 2018/19 season, Hrustic scored on three occasions. He also more than doubled his shots on target, going from seven to 15.

The sky-blue shot stopper enjoyed a strong season helping his side to a historic grand final win. Despite playing less minutes than the previous season, Redmayne made more saves with 90 stops and a higher save percentage of 79.7%, which was up from 70.0% in 2018/19.

Redmayne conceded seven less goals than he did in 18/19, going from 30 down to 23. He also conceded 4.3 fewer goals than his expected goals on target suggested.

The Hyundai A-League Goalkeeper of the Year was also better with his passing accuracy, improving from 43.6% to 45.6%, despite passing 50 less times. 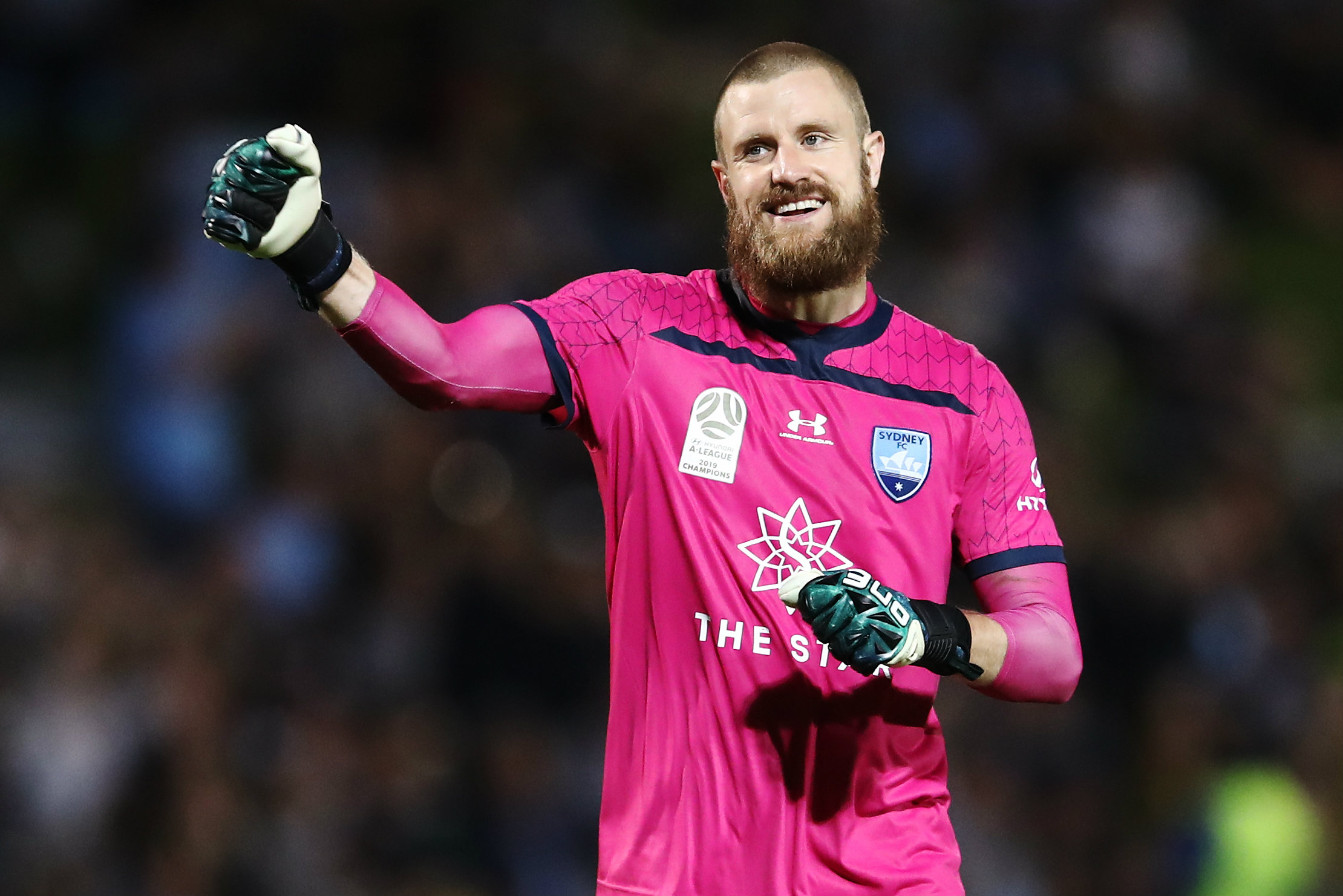 Playing in the Danish SuperLiga, Awer Mabil made more passes (807), scored eight goals (up from six the season before) and improved his passing accuracy (to 75.9%), with alls stats being an increase on the previous season.

Moving from Adelaide to Abu Dhabi based Al-Wahda, Craig Goodwin increased his rating to 72. The winger attempted more passes (with 676) and also increased his passing accuracy to 79.6% while in the opposition half.

Goodwin also improved his crossing accuracy from 18.3% with Adelaide United to 26.4% with Al-Wahda.

Lining up for Hyundai A-League newcomers, Western United, Risdon created 37 chances in the 2019/20 season, which was up from his 18 chances with the Wanderers the season prior. This resulted in seven assists, which was the second-most in the league. 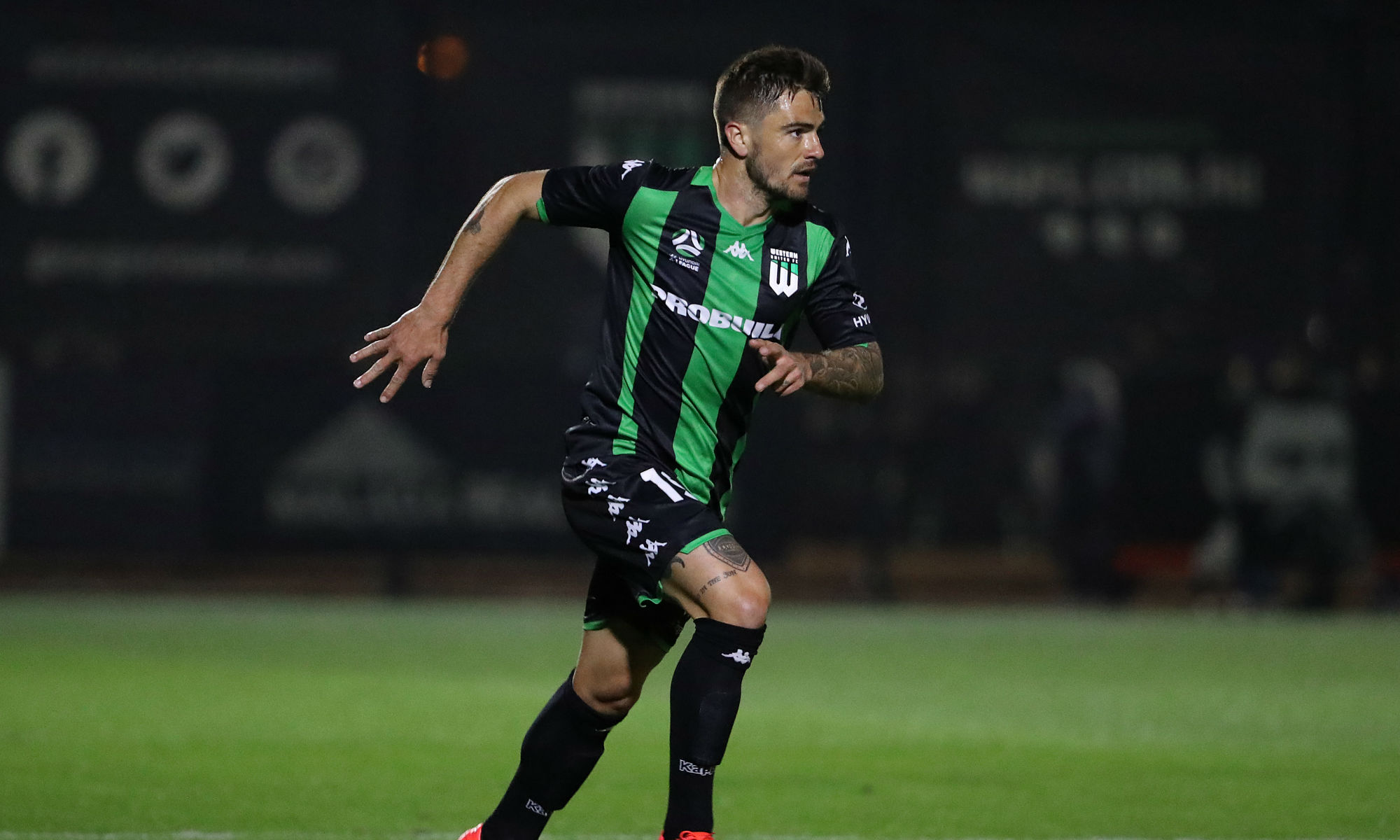 Grant had another standout season with Sydney FC that included a monumental effort in the Grand Final to score the winning goal on his way to the Joe Marston Medal.

Additionally, Grant made eight more clearances with 51 in the 2019/20 season. He also attempted 44 dribbles with a success rate of 54.6%.

After returning from a serious injury, the Scottish born winger had a strong season with Hibernian in the Scottish Premiership. Boyle improved his shot accuracy percentage by 14.9 percentage points to 63.2%. He scored five goals from 34 attempts, with 12 of his shots on target.

Boyle also created 13 more scoring chances in 2019/20 than he did the previous year (17). Additionally, he had 64 touches in the opposition box - 35 more than the previous season.

After not appearing for Freiburg in the 2018/19 season, Borello made seven appearances for a total of 299 minutes in the 19/20 season.

In that short space of time, the winger won possession 19 times and completed 78.1% of his 64 attempted passes.

Australia U-23 trio join the A-League

Australia U-23 trio Ben Folami, Daniel Bouman and Joshua Laws have been picked up by A-League sides ahead of the 2020/21 Season. Folami joins Melbourne Victory on a season-long loan from Ipswich Town.  The 21-year-old, who was born in Sydney and played for the Sutherland Sh

Awer Mabil featured in the starting line-up for his side's UEFA Champions League fixture against Liverpool at Anfield while Bailey Wright scored his first goal for Sunderland. Mabil started and played 66 minutes for Midtjylland as they were outdone 2-0 at the home of the Engli

Aussies Abroad: Rogic shines for Celtic as Socceroos star across Europe and Asia

Tom Rogic was instrumental for Celtic in their 3-3 draw against Aberdeen overnight as a number of Socceroos took to the pitch across the globe. In the Scottish Premiership, Rogic picked up two assists in his first start of the season for Celtic as they were held to a 3-3 draw

Aussies Abroad: two assists for Rogic in first start of the season