There are a few returning faces in the Socceroos' squad for November, with a trio of Melbourne City forwards injecting some serious firepower in the final third.

Graham Arnold recently named his squad for Australia's upcoming FIFA World Cup Qualifiers against Saudi Arabia and Japan - and the squad finally returning home for the first time in over two years accommodated the opportunity for a few Australian-based stars to make their mark yet again.

Mathew Leckie, who captained the Socceroos and scored two goals in three games during June's hub-based action will be reintroduced to the frame, alongside reigning A-League Men's Golden Boot winner Jamie Maclaren and versatile forward Andrew Nabbout, who could be set to earn his first national team cap in over two years.

All three were members of Australia's squad at the 2018 FIFA World Cup and 2019 AFC Asian Cup and will be hoping to use their experience to inspire the Socceroos to a couple of results that would go a long way to qualification for another major tournament.

ULTIMATE GUIDE: Everything you need to know about Socceroos v Saudi Arabia

During a FIFA Window which coincided with the announcement of his return to Australian football with Melbourne City, Mathew Leckie wore the captain's armband and proved exactly what he was capable of for the Socceroos.

The 30-year-old has been a mainstay in Green and Gold over the last few years, and led from the front - scoring early headers against Kuwait and Nepal - to help seal his side's perfect record of eight wins from eight in Round 2 of qualifying.

Having made the tough decision to turn down selection for September and October's action, due to quarantine restrictions impacting his family's ability to settle in Melbourne, Leckie has a full preseason under his belt with reigning A-League Men's Champions Melbourne City and will be hoping to fire again for his nation as their qualification campaign reaches its business end.

With the possibility of leading the line or playing on either flank, Leckie's versatility, leadership and knack for finding the back of the net could well prove crucial as the Socceroos welcome Group B leaders Saudi Arabia to Western Sydney Stadium. 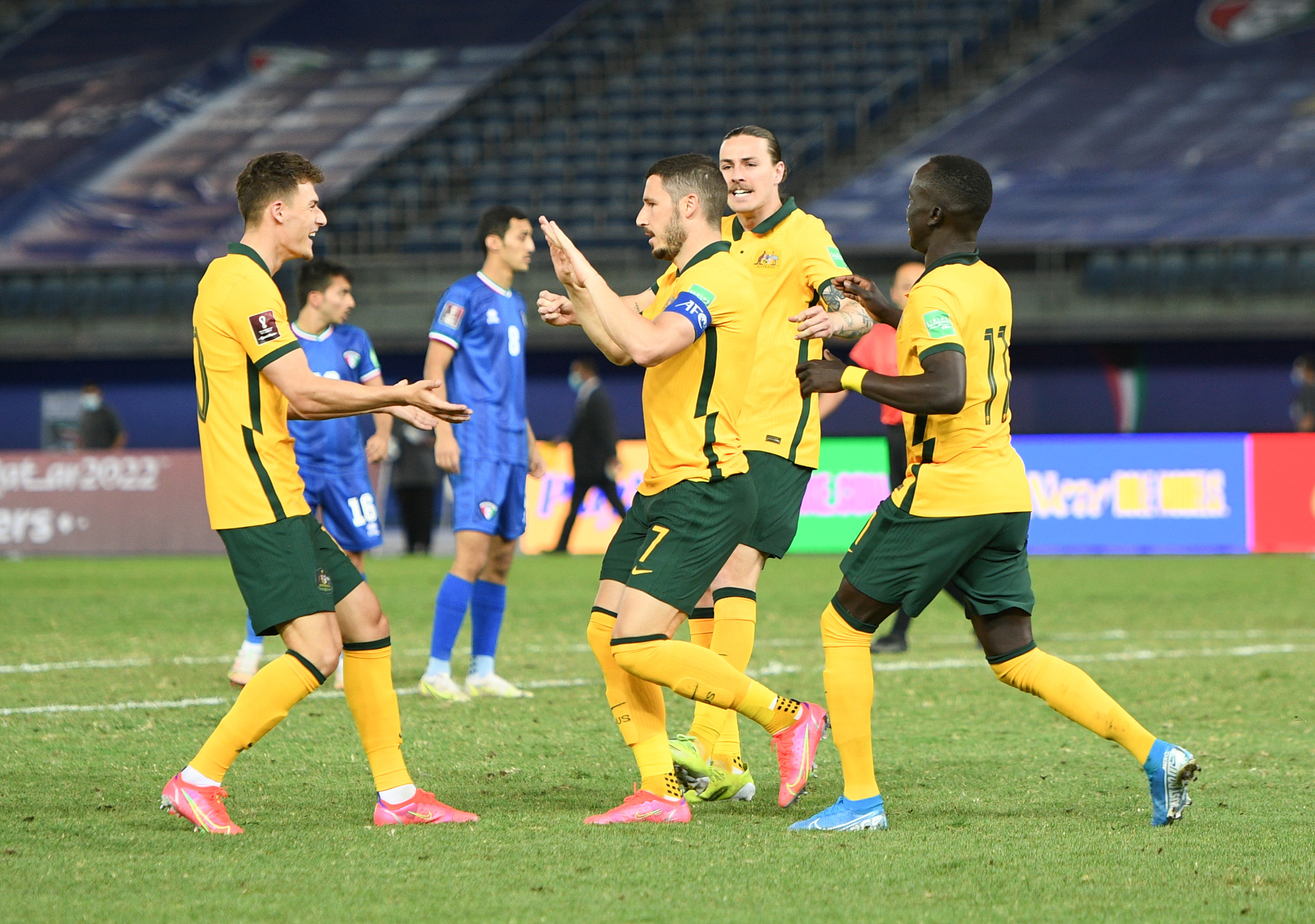 Leckie has been settling in at his new club alongside a man who is fresh off the best goalscoring season of his career to date.

Jamie Maclaren last represented Australia in June, finding the back of the net during the Socceroos' win over Chinese Taipei.

His call-up came off the back of some unstoppable form in clubland, which saw him register 25 goals and 5 assists, spearheading Melbourne City's charge to their first-ever Premiers Plate.

The striker will be hoping for another night to remember on Australian soil, having grabbed the headlines the last time the Socceroos played at home back in October 2019.

Having scored a memorable first international hat-trick on that occasion, Maclaren will be out to give the passionate Aussie fans something to cheer about yet again. 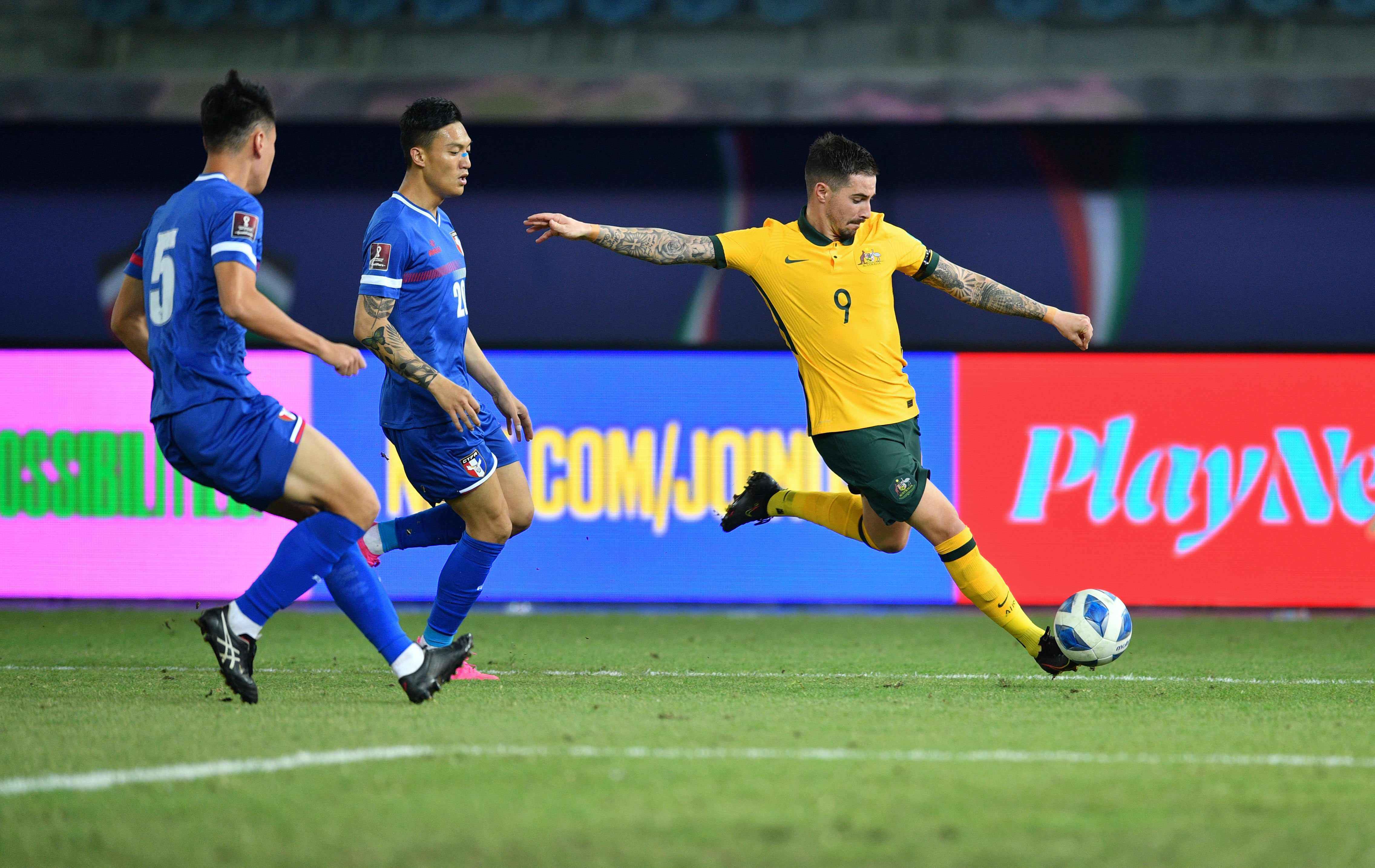 This international call-up has been a long time coming for Andrew Nabbout, capping off a rollercoaster few years.

After displaying red-hot form in the A-League Men's, he was first capped by the Socceroos in the lead-up to the 2018 FIFA World Cup.

Catching the eye of then-coach Bert van Marwijk, Nabbout led the line for his nation against France and Denmark - when he suffered a serious shoulder injury that ruled him out for a lengthy stint.

After a strong recovery and club move to Japan, the attacker returned to the international fold in time for the 2019 AFC Asian Cup, before returning to Australia with Melbourne Victory and switching to cross-town rivals City.

While 2020/21 proved to be another disjointed season due to injury, the 28-year-old showed some incredible flashes of his international pedigree and managed to recover in time to take to the pitch during his club's maiden Grand Final triumph in June.

Nabbout will be hoping this month signals the start of another consistent run for club and country.

Also returning to the squad this month is Milos Degenek, who missed last camp due to COVID-19, and Nikita Rukavytsya, last pulled on the Green and Gold in June.

The latter has since found a new club, moving away from Maccabi Haifa after a prolific season in front of goal, signing for fellow Israeli club Hapoel Be'er Sheva F.C.