The Socceroos stepped up preparations on Tuesday watched on by hundreds of fans in Canberra, but there could be a fitness concern around defender Jason Davidson.

Davidson was one of five players – including late arrivals Ryan McGowan, James Meredith, Alex Wilkinson and Trent Sainsbury - to be restricted to lighter duties under the watchful eye of strength and conditioning coach Craig Duncan.

But the Huddersfield left-back finished the session early, immediately applying ice to his troublesome left calf.

With only two days until Thursday’s qualifier against Kyrgyzstan, Davidson could be in some doubt to start.

Uncapped Meredith of Bradford City would be the most likely candidate to start on the left should Davidson not prove his fitness. 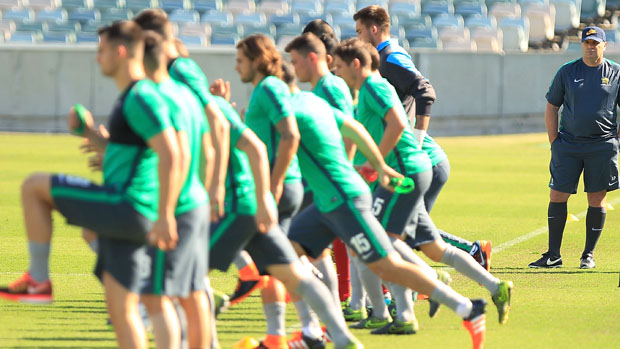 The session was a huge increase in intensity from Monday, with the squad watched on intently by supporters who had turned up to meet their heroes as part of the Socceroos’ Fan Day.

The B-League’s Sam Mac was MC and with ex-Socceroo Brett Emerton as a special guest and a host of activities for the youngsters, it made for a great atmosphere for the squad’s first major session ahead of Thursday’s game at GIO Stadium.

With Tom Rogic and Mathew Leckie yet to arrive – and Matthew Spiranovic ruled out through injury – the 20 remaining players all took some part in the session.

After stretching and a light warm-up, the glovemen – including Mat Ryan – went off to do their specialised session under Tony Franken.

Ryan completed every drill with Adam Federici and Alex Cisak, strengthening his case to possibly be involved against the 124th-ranked Kyrgyzstan. 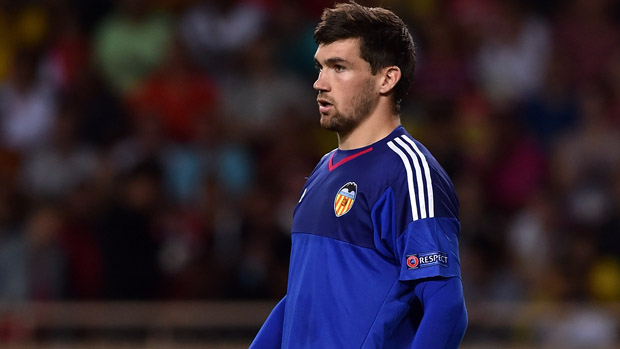 The other 12 players - Cahill, Jedinak, Milligan, Burns, Mooy, Luongo, McKay, Oar, Risdon, Wright, Juric and Troisi – got straight into work with the ball.

It started with a pass-and-move drill using narrow spaces between poles to find a team-mate.

They moved on to a more intense passing drill, the emphasis on passing the ball into space and moving away from your marker.

It was then on to a 9 v 3 possession drill in tight areas, trying to work their way through the three defenders in a compact area. 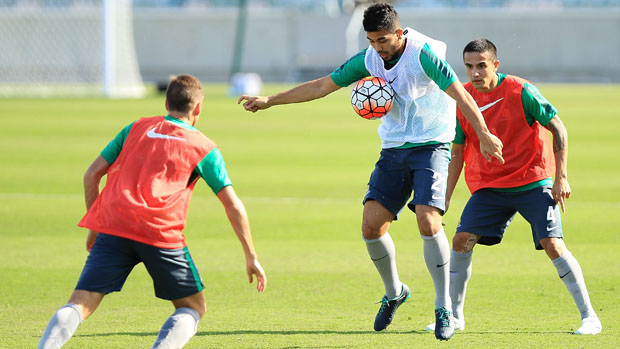 After about an hour the session was done and the players warmed down before meeting the fans.

They posed for countless photos and signed a stack of autographs for the healthy contingent of supporters who turned out.