After making his long-awaited international debut in June, Fran Karacic's attention has now turned back to club football - where his Brescia Calcio kick off their Serie B campaign this weekend.

But before he looks to play his part in a promotion push, which begins away to Ternana on Monday morning (2am AEST), the fullback must first impress Italian legend Filippo Inzaghi.

Brescia were relegated from Italy's top flight two seasons ago - with Karacic signing for the club ahead of their first season back in Serie B. After a slow start, the club finished seventh last season, narrowly missing out on a promotion play-offs position.

With their sights set on a return to the top division, the side based in Italy's north appointed Inzaghi as their new manager on the 9th June - just three days before Karacic scored his first goal in Socceroos colours.

Karacic is excited by the opportunity to play under the former striker, who made over 450 Serie A appearances for the likes of Juventus and AC Milan.

"He (Inzaghi) was a great player, and he's a great coach," he said. "He was the head coach of Benevento in Serie A last year, and now he's in Brescia, I'm looking forward to working with him."

Born and raised in Croatia with Australian heritage through his father and grandfather, Fran Karacic's road to his Socceroos debut this year was like no other.

His first senior international call-up came in the lead up to the 2018 World Cup, as a member of Australia's 25-man preliminary squad who gathered in Turkey.

However after not attending the tournament, he would have to wait over three years for his next chance to impress at international level.

And the right-back did exactly that, catching the eye of many on debut against Kuwait before finding the back of the net against Nepal a game later.

Karacic admits it was a long road back to the Green and Gold.

But after a change of scenery at club levels and ongoing discussions with Graham Arnold and the Socceroos staff, June posed the perfect opportunity to return to camp.

"After that (Turkey), I didn't go to the World Cup and when I came back to Croatia, I'd gone through a difficult time at my club," he recalled.  "I decided to focus on club football and make a transfer to some other club, maybe out of Croatia.

"About six or seven months after I arrived in Italy, Graham Arnold called me and asked me, 'Do I have the desire to play for Socceroos?' Again, I have said yes, 100%, I want that."

Looking back on June, Karacic found it to be a 'great experience' both on and off the park.

"I'm very happy and proud because I made my debut against Kuwait," he reflected.

"The debut was a really big night for me. I played a good game, like everybody in the team, and we won the game- which was most important. 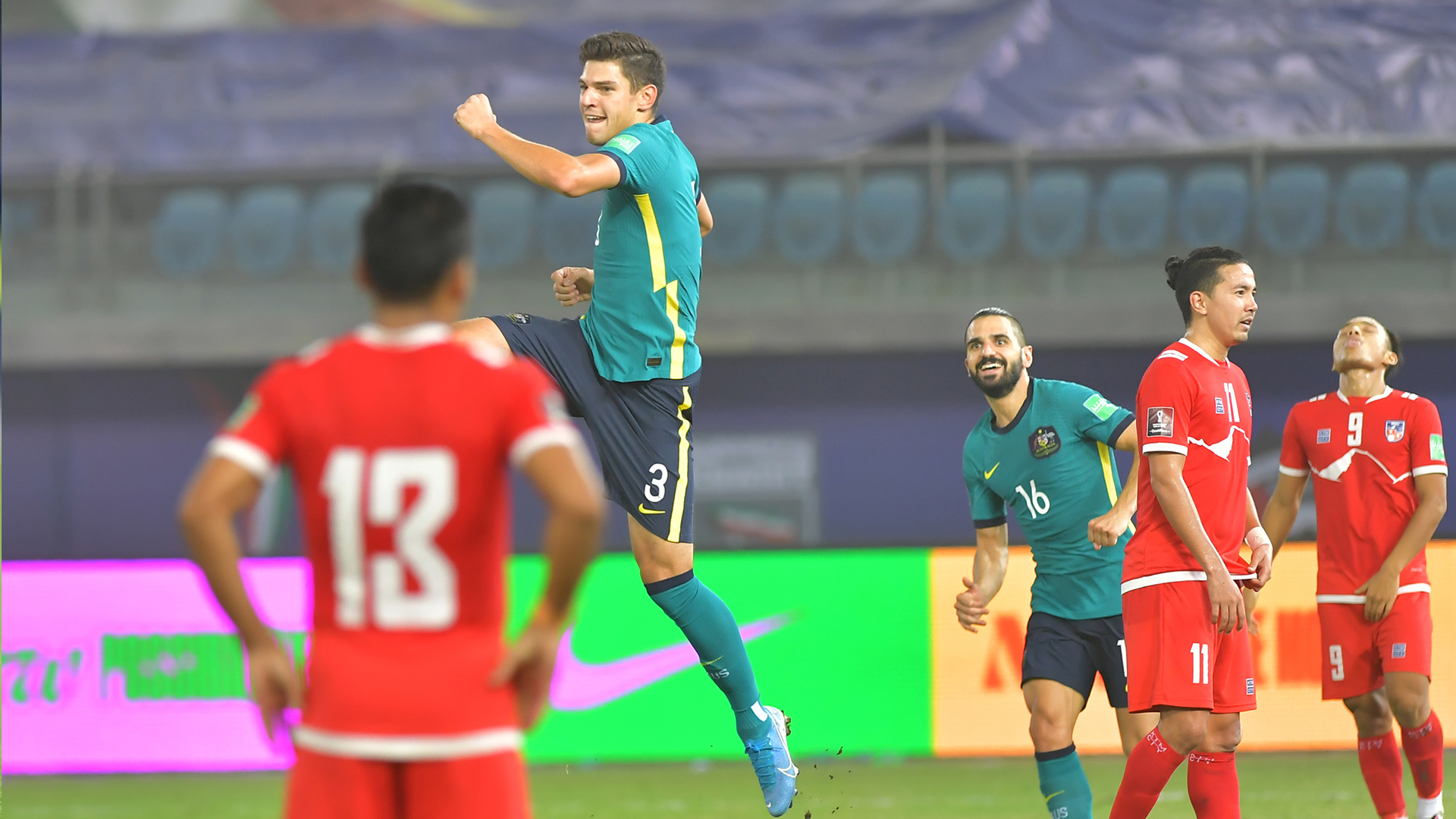 "(To score in) my next game against Nepal, was also a wonderful feeling. I didn't know what to think when I scored the goal, I was just happy and wanted to celebrate."

Off the pitch, Karacic is relishing the culture in Socceroos camp.

While English is not his first language, he has grown close to the likes of Milos Degenek and Ajdin Hrustic as they, and the rest of the squad, ensure that he feels at home in Green and Gold.

"Everything is really great," he said. "In the national team, everybody supports me, trying to help me with the language and everything - and I'm really happy here.

"In Italy, I'm learning Italian and English together, so it's a bit  difficult for me but every player here (in Socceroos camp) are trying to help speak with me, sometimes slowly, and it's really, really good for me."