After Greece took an early lead they doubled it on 20 minutes with a moment of rare magic.

Iaonnis Maniatis smashed a ball from inside his own half that caught Socceroo keeper Adam Federici off his line.

“That was ridiculous. I’ve never seen anything like that … apart from David Beckham years ago,” the 19-year-old former Sydney FC and now Tippeligaen player at Rosenborg BK told reporters after the game. 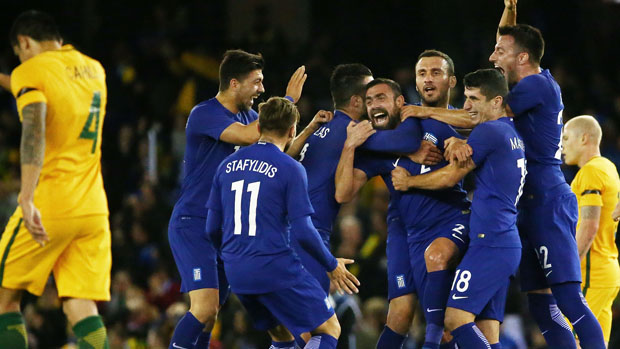 “It was a great goal and maybe we could’ve done a few things to shut him down.

"But you can’t take that away from him, it was still a great goal.

“We were under the pump,” he added of that first 20 minutes.

“We didn’t do ourselves any favours. And Greece were much improved and pressed well.”

After a 10-minute cameo as a substitute on Saturday against Greece, Gersbach made his full starting debut on Tuesday night. 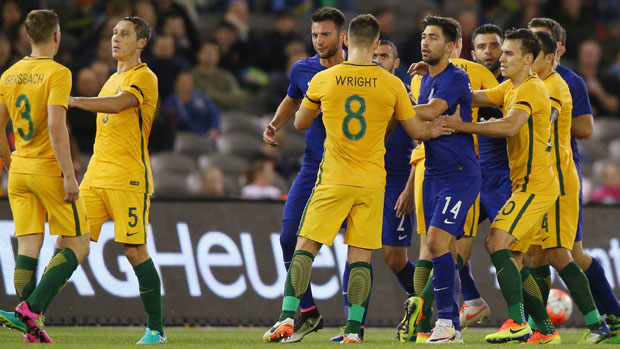 And he looks to have done enough to be in Ange Postecoglou’s calculations for the upcoming World Cup qualifiers final phase, after playing for most of the game at Etihad before Liverpool's Brad Smith came on as a late sub in his place.

“It was a great feeling walking out in front of all the fans representing your country.

“It was just disappointing we didn’t get the result and the performance wasn’t great.”